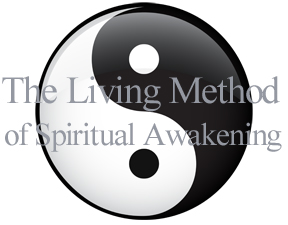 I received quite good feedback from the nondual community back in 2012 after the publication of my first book, Nonduality and the Twelve Steps. Then I began to let it slip that I was waking people up in single sessions. This was nondual heresy! And man, did I catch a lot of flack for it.

I lost some friends who were nondual teachers and a bunch of other people who were well connected with…well, basically with each other. These were the Nondual Cool and these folks knew a lot more than I did. For one thing, they knew that my so-called “method” couldn’t and wouldn’t work. Impossible. Arrogant lunacy. Of course, they all had their own teaching methods, but they called it a path, which made it okay.

The difference for me is that a method has to produce, and a path doesn’t. You’re successful the moment you enter a path, because you’re a successful seeker on that path. But when people participate in a method of any kind, they expect actual results.

My business was not with seekers, it was with pre-finders! I simply didn’t know any better. I thought it was crazy, too, and I was (truly) willing to agree with my critics that I was a fraud, because I knew I couldn’t do what I was witnessing happening through this unit. But there was one sticking point:

“Okay, okay, I’ll leave the whole damn field, but before I do, tell me what to do with all of these ‘awake people!'”

I dropped out of the spotlight for awhile and read Ralph Waldo Emerson for inspiration and guidance. Emerson told me, “Welcome the slings and arrows: they tell you that you’re doing something different. Nobody ever did anything great by copying somebody else!” He went on to say I didn’t need my former friends’ approval and to pretty much just blow them off. Which is exactly what I did.

I simply went to work double-time and overtime But I needed to get some credibility from somewhere. Hmm…Why not get that credibility from the people who’d actually tasted what I was cooking? So I began to ask for testimonials, and I’m still not bashful about doing so. That’s why you’ll find them everywhere on this site:

I’ll never hide this light under a bushel. What would be the point? It is what it is and it does what it does. I don’t know why. I don’t take credit for it. It just happens.

“Many of you have woken up, but are now not clear and this is going to help you!”

Who the f— says that? Who have you ever heard say that? I have never heard anyone say that. This is why it’s so brilliant. Most of us assume that once you are awake, that’s it, or the implication is that, “I’ve got a get awake. I don’t even know why I have to get awake!.” You are so hilarious and brilliant it’s unbelievable. “The exalted one and the knuckleheads.” BRAHHAHAHAHAHAHAHAAA “Fred wants to wake up desperately, because that is going to be a big add for Fred.”

AAAAAAAAHAHAHAHAHHA Irony on steroids. And it’s so beautiful the way you so disarmingly and shamelessly admit to seven years of confusion, even after awakening, in referring to yourself. It’s soooo helpful to hear this. “What you think is suspicious, but what I think is gospel, surely we all know that!”

AAAAAAAhahahahaha. Oh, God, it’s killing me. “It’s true. No matter what I think, I notice that I’m right! Isn’t that amazing! No matter what it is, I’m right. It’s incredible.” AAAAAHAHAHAHHAHA. “How do you know you are not awake?” If that is not the most brilliant back-door pointer you have ever heard, I’d bloody well like to know what is. Followed up by, “You can’t know you’re not awake, because you are awakness itself.” Brilliant. “You can report to me that you are. But you cannot report to me that you are not!” How is that for a slap in face to all those so-and-so’s walking around saying, “I don’t exist.”

“When we come at this from the backwards way, 90% of the people wake up. It’s just that simple. Those are the facts. Why are the odds reversed? Because we’re coming at it from the backwards way.” BRILLIANT BRILLIANT BRILLIANT. Where have you ever heard that? GENIUS. But this is the best, this is absolute GOLD. “How many times have you had teachers tell you that you are already awake, but you just don’t know it, yet?…Actually, that would really make me mad because, what kind of idiot is this? (AAhahahhahahahahaa)…I am this body and I gotta get free…so they would tell me I was already awake, and I knew I was this unit,…I knew I was Fred Davis and Fred Davis wasn’t awake. So I knew they were crazy and I was following them!!!!! So you can imagine the debacle I had!”

This absolutely killed me! Seriously. When I’m just walking around, in between sitting and trying not to be an animated sock over the last 2 days, I am bursting into laughter every five minutes remembering this!! OMG I should practice thoughtless observing, but it’s just tooo funny. Thank you so much.