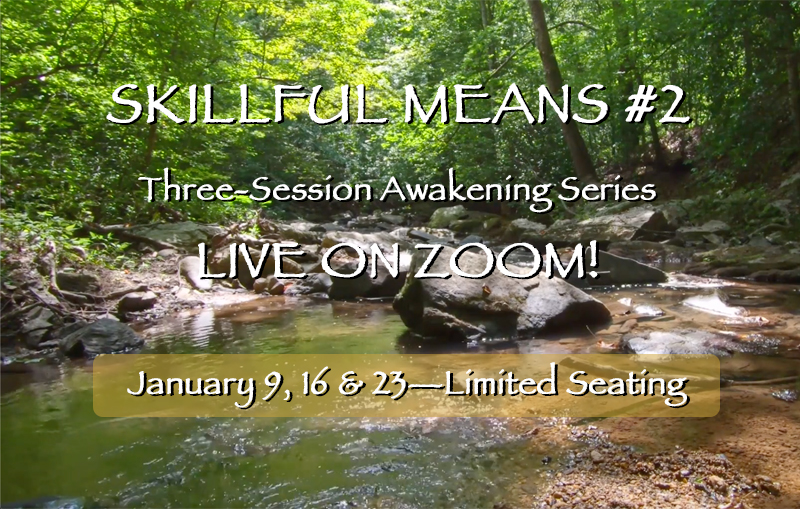 Hello, everybody. The demand for in-person sessions is so high right now that we are really stretched trying to keep up with the demand. Most appointment slots between now and the end of the year are already booked. That means it’s time to do another SKILLFUL MEANS Group Awakening Series.

We held the first one of these series back in June and it was a tremendous success. The vast majority reported waking up, or simply lit up in session, and no one went home unmoved or unhappy. Although the awakening session worked for many, people continued to “pop-off” throughout the series. From my perspective, it was like watching a string of Christmas lights illuminate one at a time.

SKILLFUL MEANS courses are composed of one 2-hour Group Awakening Session, and two subsequent 2-hour Clarity Sessions on three consecutive Saturday afternoons (EST!). Apparent magic happens. Most of you have been following this teaching either closely or casually long enough to know its effectiveness. If you’re someone who hasn’t but is interested, go to the Even More page and the Meetings page, scroll way down and you’ll see scores of testimonials from people just like you.

For some of you, individual sessions might have been beyond your budget. For others, now will finally be the time when you quit telling yourself the story that says, “I’m going to wake up “soon.” Have you noticed yet that “soon” never comes? Those who have been seekers for months, years, or many decades keep this dream alive by feeding it with more and more books, workshops, satsangs, and retreats, as well as countless hours of one or more practices.

We say, “Quit practicing and just DO IT!“

If you’ve “been on a spiritual path” for months, years, or decades, let me suggest that maybe you’re not on a path at all. Perhaps you’re on a wild goose chase instead. Check it yourself. As we see it here, there is no path to awakening. Fred doesn’t “lead you toward” awakening at all. He shows you that you’re already awake—you’re just not who you think you are!

We can’t promise that you’ll “wake up.” No one can; it just doesn’t work like that. But we can promise you that the overwhelming majority of those who try this unique methodology end up recognizing True Nature in their Awakening Session, and then start moving into acceptance. Acceptance is the path to Conviction.

Group sessions are not exactly the same as one-on-one sessions because individual issues cannot be investigated and uprooted. However, after hosting thousands of Zoom sessions day after day and month after month for nearly eight years, this process is now so skillful that it can compensate for that and help most or all of you not only wake up but start to clear up as well.

And with the early-bird discount, the SKILLFUL MEANS Awakening Series costs less than one–third of a one-on-series. Why not come join us? 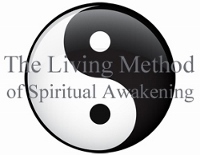 Being Ralph Letter from the Field