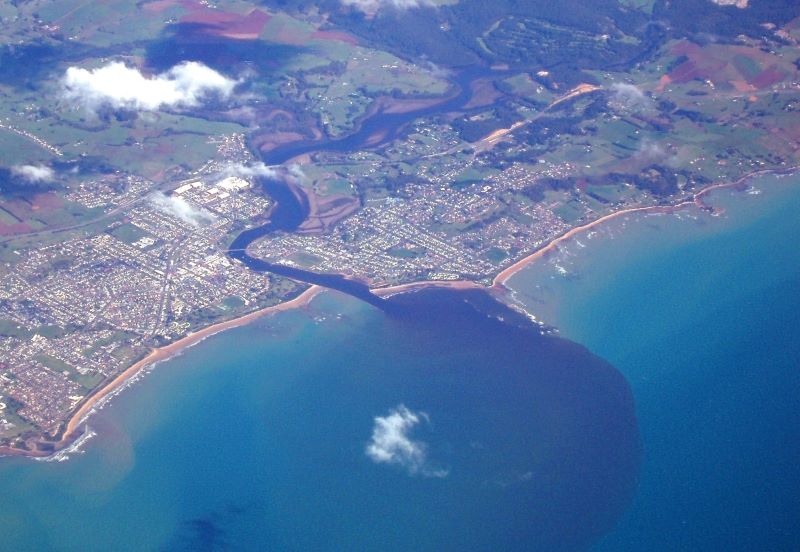 Earlier this month I had a regular monthly session with a student who expressed a lot of clarity through a story he shared with Betsy and me. He kindly agreed to write it up so we could share it will all of you. f

Thanks for yet another fabulous clarity session. As requested, I am herewith sending you my river-sea analogy.

The river-sea analogy of nonduality depicts the journey of a soul, an assumed somebody, who ends up as a nobody. The river is born out of the sea water (via evaporation-condensation-rain), however it considers itself an independent entity. It thinks it has depth, width and ability to flow, forgetting its true nature, i.e., water.

Like any other independent entity, the river is not satisfied with what is, and it continuously flows, looking for better options. While it flows it comes across various obstacles like stones, pebbles, mud, etc. and suffers because it thinks that these obstacles will hinder its flow and jeopardize its existence.

The river cannot comprehend the sea, although its true nature is the sea. It believes it is independent of the sea, and goes looking for the sea (like a spiritual seeker). When the river meets the sea, suddenly it realizes that it has vanished, or rather it never was, and only sea remains. The river does not find its true nature until it loses itself to the sea and becomes the sea. As river loses its identity as an independent entity and becomes the sea, it realizes how vast it is and how boundless it is and that there is only sea.

This river is the imagined self, which is born out of the sea, the ultimate.  This imagined self is forever unsatiated, and goes looking for happiness. When he wakes up, like the river that merges into the sea, he realizes he is not a limited entity but Oneness, and thus the false identity is discarded.

Again, thanks for your love, assistance and appreciation.

Raj
Being Ralph SO WAKE UP ALREADY!

A Gratitude Note about the SKILLFUL MEANS Video Course

A Glowing Testimonial about SKILLFUL MEANS #2

An Already-Enlightened Being Shares the Difference Between Wakefulness and Clarity