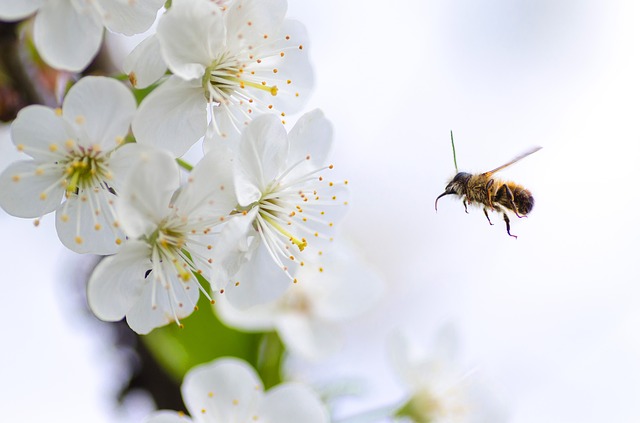 I watched the satsang again and took a few notes—not a transcript, of course…but useful. Thought you might like a copy. Please excuse any errors.

There is no one home, there is no center to the universe, no benchmark, universe is now not about me!

“You should be able to see that it’s clearly my world!”

Nisargadatta: “Earnestness is the most important quality for a seeker to have.”

We are not awake; we are awakeness. Also, “There’s nobody here who is not awake.”

There are varying degrees of conscious awakeness. “Own up to it and drop it.” (Chris)

No time outside of ego. NO Chris, no experience of time in the absence of a Chris.  Time is all about the character—the character’s decision to maintain the character…willingness came because of consistency, persistence.

Vince: “Bless me father for I have sinned.”

Vince: Sin means “to miss the mark.” Clearing is a never-ending process no matter how stable you are as awakeness.  Shit still happens, something triggers conditioning…fears and projections and goals are brought up form a young age (for the character).  Triggers show where you are still stuck…

Fred: The second force is the arising of the “oh, you idiot” voice shaming one, which encourages a seeking pattern to get out of that reaction. Awakeness doesn’t really care. Character: I should be more awake. Fear and Love movements: Character knows nothing of love.  He thinks “here is an opportunity” (to help the character in precarious world) —so the unit always comes from fear, can’t not come from fear…only sees a small slice of reality, along with 7.5 billion other people and their small slices…the one truth is here, now.  When we deny that we suffer. Belief in the individual is denial of oneness; I am the truth…..

“I’m looking for a more exciting “oneness,” where I am better off. Even the top 1% is not enough, want  to be Bezos…can’t fix that, character is not fixable. Position of character guarantees separation.

There is still resistance to what is: we suffer from our thoughts about our condition, not the condition.

Even in a nice situation we put attention on: This is not right (whatever it is).

We have to get out of the future, the wake of here and now, the projection.

“If” allows us to stay in suffering as long as we want. We are swimming in bounty—“Just not enough for me.”

“Liberation is to live without anxiety about imperfection.” (Vince remembers quote.)

Joel: (anxiety about turning 70…feelings comes up, draw one into the dream) Core expectations from earlier life get triggered. We appreciate being reminded of truth—gets replaced by great ok-ness….one’s attention goes to the small black dot on a page of white.

Fred:  I have noticed worries dropping and then the thought to go back to whatever the worry was so I can suffer:”I’ll have it figured out soon, but not right now—the immediacy of truth throws one.

The unsatisfiable me, the deficient me.  (“Me-s” are defined by deficiency.)

Using the word character can support the belief in a real character, but there are just patterns, no character…patterns just moving around. “The character is so subtle because it is a term we use to describe awakeness under the influence of believed thought.” “Once I believe that thought I am down the rabbit hole. Part of clearing is learning to use ordinary language without believing it.” “It’s a beautiful day,” as opposed to direct experience of what it is.  I am awakeness, and when awakeness is alert to itself, then there is the certain recognition that there is this, and nothing but this — no alternatives or comparisons!

Dogs are barking at the moon, very entertaining.  But don’t believe that there is really a character there.

Lloyd: Appreciate the honesty of Fred and satang! So much gratitude.

Fred: We came for the character to wake up and solve everything for us. Buddha woke up to absence of suffering. If he had a bad morning, it would have been because he identified with being Buddha. We give this experience of now away in return for the hope of a better future.  So give up on hope…this moment is not the springboard for the important moment yet to come. There is no comparison to now… awakeness caught in thought dreams the future.

Ego is always looking for how it’s being disappointed right now: there has to be a me there…

Phillip: We don’t think—isn’t that a perfect leak! Home maintenance brings up old patterns. Vigilance is the price of freedom—Fred’s different practices, esp. shifting and self-inquiry seem helpful after all these years. Still gripping the student’s chair.

Fred: Glad you mentioned the practices (see menu on Website). We can change the experience, not the thinking—needs proper perspective, from Oneness.

Fred: I have been shocked in the past, maybe once a year—I get a sense of being on the verge of a panic attack. Did not lose consciousness. Could see something happening here in the unit, but no identification. It flutters up: Oh, you should know better than this, hope nobody finds out…

Only the physical sensation: there is going to be panic, but simultaneous with that I was aware of the Absolute, both relative and absolute at once. You would think it could not happen. Awakeness comes forward or goes to the background.  For example, finding my keys: it counts to find them, though it doesn’t matter.

It is okay to be you just as you are; the character is NOT flawed, it’s the perfect “commode handle.”

Kathleen, at 1:14: It helps to meet with others at same level to clear up also outside of satsang.

F: There is no escape from relativity—that’s what many of us want.  That whole idea is very attractive, but not true. We expected the character to wake up, and everything to be okay in life. Buddha was not a guy who woke up.  There is no awake Fred Davis.  When we recognize that what Buddha woke up to was the absence of a Buddha, and with that seeing, this unfolds as it unfolds and resistance may look like good exercise, but man, it is the birthplace of suffering.

F: I notice all of this is a paradox: you can’t figure it out, it’s unfigure-out-able. The final understanding is that there is no understanding. Seekers spend their whole lives looking for awakeness without noticing they are looking from awakeness. You cannot live outside of awakeness. If you feel so, it is a believed thought. We think that if we were living in awakeness things would be other than this. I can assure you, living form awakeness, there is no other.

This ordinary attention, this awakeness, is awakeness, the one we noticed when we came out of the night’s sleep.  We all search for the exotic, mystical awakeness.  Give up hope for that.

Who says, “I am not having the feeling of being Oneness?” It does not show up as ego expects.

But this is it.

Ben: I feel like I am basking in the sun.

F: Resonance explains the more intense awakeness of satsang, like tuning forks.  Bliss can come and go. Recognize your own resonance, and the only truth is you. We come here to associate with ourself — the common thing we have through all these units. There is a glow when awakeness basks in awakeness; attention to attention can bring joy.

Ben: Two aspects: what’s being reflected is me, what’s seeing is me.

F: Authentic teaching is not teaching how to make the character’s life better, how to fix oneself. The last thing you want is the character looking for liberation of the character.  That’s like asking how to get to the chair I am sitting in. Notice it is already taking place ”I understand that intellectually, but it’s not my experience.”  Ha, ha…no division between understanding and experience.

Max: I think I notice some ego even in your sense of being practice.

Fred: With meditation, if you are not very careful, you end up with a terrific meditator: someone who can sit for two hours in a bus station.  There is no max, just patterns, so pattern can’t notice that there is a me in meditation, contraction pattern can relax into just this…we are just trying to put attention on attention, everything loves attention…attention is the one thing that usually never gets it. When you attend to attention, it attends to you. The character gets cleared out.  When it’s not full of believed thoughts, unconditioned experience can move in. We can’t pick up something new until we’re willing to drop what we are holding on to.  We can’t hold onto the character that wants to find liberation for itself.

There is no progress in awakening…There is progress in clearing – less character, more clarity. We are clearing the character out. We all knock on the front door, trying to find liberation for the character, but a closed fist can’t pick up anything…must let go of character.

Lloyd is a philosophy professor in the Midwest who specializes in Buddhism and Hinduism and never misses Online Sunday Satsang. Thank you very much, Lloyd!

VIDEO: Claim Your Unbirthright! Self as a Center of Narrative Gravity by Daniel Dennett (now complete)

Nothing Doing by Mike Styler