Picture Post: We Can’t Win Peace by Waging War with Our Minds 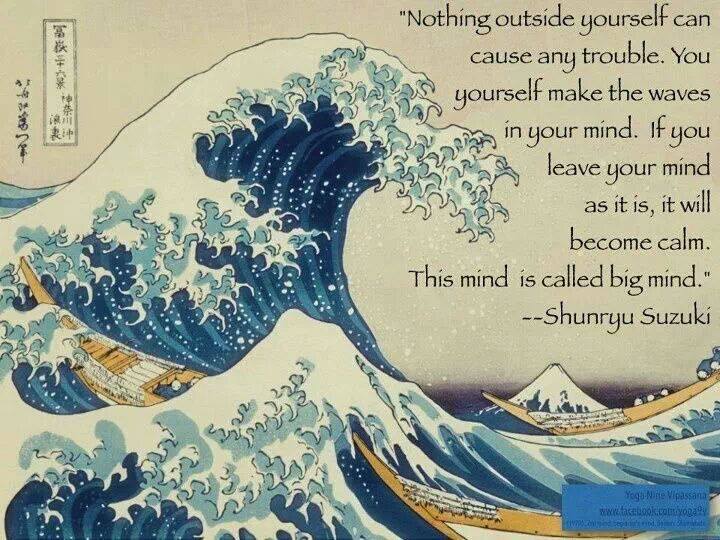 For those of you who don’t know of, Shunryu Suzuki-Roshi was a rare jewel. I’ll quote Wikipedia here: “Shunryu Suzuki was a Sōtō Zen monk and teacher who helped popularize Zen Buddhism in the United States, and is renowned for founding the first Buddhist monastery outside Asia.”

That doesn’t come close to doing him justice. He was one of the prime teachers to a whole generation of pilgrims who found their hearts in San Francisco. Many of his students are now teaching at zendos across America, and so are their students. His book, Zen Mind, Beginners Mind, has sold about a zillion copies. I’ve probably read it a dozen times over the years, although it’s been a long while since my last reading. It’s still on the shelf; I should remedy that. You might want to as well.

Watch for a new full-length post in the next couple of days. I’m working on it and it feels promising. 🙂

Three Minute Video: Remaining Open To What We Don’t Know The Secret Key to the Matrix

VIDEO: Waking Up Through Nondual Inquiry

Time, No Time by Mike Stiler