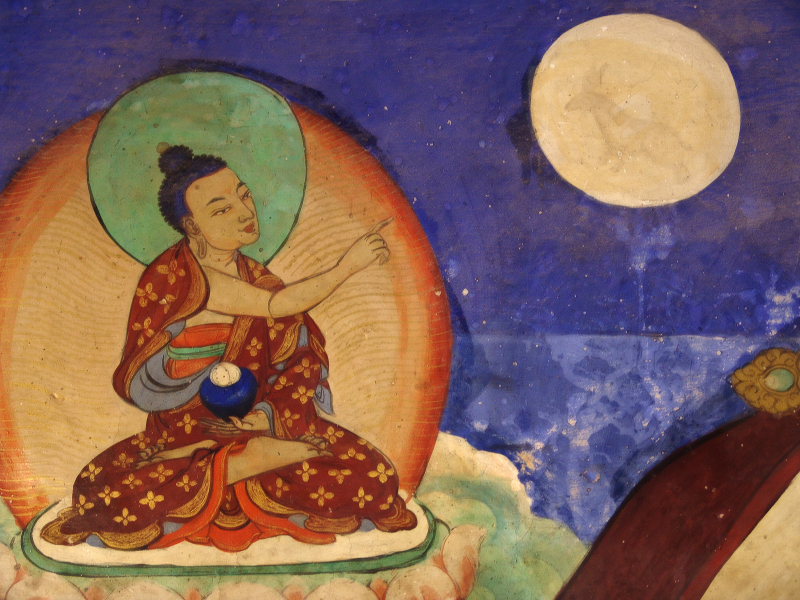 Ego, in the guise of Oh-So-Helpful-Mind, is pretty much always holding forth. It chiefly offers us beliefs that aren’t true, opinions that aren’t helpful, regrets about a fictitious past, fears concerning a make-believe future, and complaints about What Is. Given that there are no true thoughts, that all opinions, regrets and fears arise from a wholly imagined reference point, and that there is neither alternative nor comparison to What Is, this all amounts to, as the Bard says, Much Ado About Nothing. The distraction and dilution of attention, in fact, is the whole point of Oh-So-Helpful-Mind. If it can keep attention focused on fantasy, there’s none left over for us to ever take in anything more than a glimpse of truth.

This functioning, however, is completely automated. Oh-So-Helpful-Mind has no owner, and no manager. We can’t stop it, because we’re not doing it. It’s simply reflexive conditioning, which is harmless so long as it’s not believed. Think of red buttons arising to bump up against a bunch of other red buttons. Suffering is not caused by the clash of phantom buttons, but rather from belief in their origin.

We think all this crap is ours. It’s not.

A quick way to short circuit this automated process is to simply question it. We can go into longer, deeper inquiry later. Right now, in the moment, we can simply pause and ask, Says who?

“It shouldn’t be raining.”

“I hate it when that happens.”

It’s such a sharp, short comeback that with practice it can actually become our default mental position, and thereby at least dulling Oh-So-Helpful-Mind’s unhelpful nature.

Wisdom from Byron Katie Letter from the Field: The Double Whammy

Notes from Satsang, Pointers from Fred