Prime Post! A Spiritual Celebrity Wakes Up (with links!) 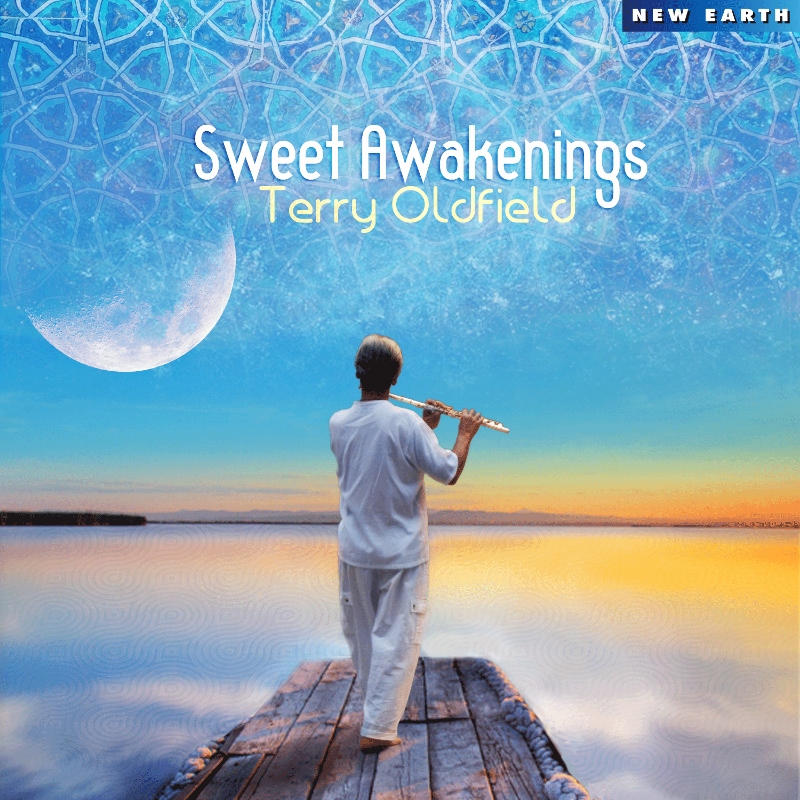 I have a few celebrity clients. They generally request that I maintain their anonymity, which I’m happy to do. Yesterday, however, I had an Awakening Session with a celebrity who let me share our experience with you. After all, it’s not like he has any need to hide his leanings. The tremendously charming and funny guy I helped wake up yesterday is none other than Terry Oldfield, who’s an Englishman living in Australia who is widely known in spiritual and music circles around the world, and has been for decades. His music, in fact, is sort of a spiritual teaching all by itself.

So, as you might expect, as soon as Terry and I started talking, I found a ton of ready wakefulness. Trust me, I can tell. That ready wakefulness doesn’t have to be there in order for me to help someone Realize, but it’s extremely rare for me to find it present and then not wake that person up. Terry told me he’d read basically every nondual book known to man, done a ton of meditation for years and years, and spent time with a whole flock of wise folks. In truth, Terry was already pretty much there, really, except for just one little thing. He didn’t know who in the hell he was!

Terry, I could see, was caught in The Bubble of Self-Reflection. If you’re not presently awake, that’s almost surely where you are, too. It is the plight and blight of spiritual seekers everywhere. When you’re in The Bubble, you know there’s a larger truth out there. But when you try to find it by looking outward, all you can see is your own reflection on the inside of the bubble.

It can be tough when you finally tell yourself the truth that you’re no longer moving forward, but rather you’re moving in circles. But if you don’t do that hard thing, then you can get stuck for your whole apparent life. See, the one little piece of the puzzle that everyone who comes to me is missing is the only piece of the puzzle that actually matters.

Terry had already told himself this truth. He’d quit reading. He’d quit meditating. He knew he was on a hamster wheel, but how could he get off of it? I am not very good at a lot of things in this world. I can no longer left heavy objects. I can no longer run. I cannot properly fold a sweater. And thank God for Betsy and Rick, because I am not clever with my hands. At all.

Yet there is one thing I do have a knack for, and that’s helping people like Terry. He said he’d been seeking forever. I didn’t care. I confidently told him that he would almost surely know his True Identity by the end of our session, and I was right.

Terry was a great client: absolutely open, and eager. I had to do what I call a “reset” early on in order to strangle his fast, sharp, and utterly unfreeing “intellectualocity,” but once that was done he was a snap to wake up. Plus he had a good time. Terry Oldfield discovered his/our/the only True Nature about half an hour into our session. That left us plenty of time for orientation and confirmation. You know the feeling that your stomach is going to actually kill you because you’re laughing so hard? That was us. We simply had the best time ever.

This morning I found an email from Terry, and then I sent him one, and he sent another back. I’m printing them here unedited, along with two very fine songs, “Moonrise,” and “Namaste,” sung by Terry and his beautiful, beloved Soraya, both which moved even this unit’s rocky old heart. I’m also including a link to one of Terry’s YouTube videos which is, as Terry says, “funny with a message.”

Hi Fred  … Thanks so very much for the great awakening session this morning   …   Just been wandering about all day where the river meets the sea nearby … Peaceful, open and expansive .. Nothing going on …  Beautiful  ! !  … Phew !
Here is a link to one of my albums, “Sweet Awakenings,” which seems like a fitting title for today  ……
Moonrise  ..  my favourite track from the album is also attached  …
In a different genre  ……..  here is a fun video with a message …..  Reach Out…

Hi, Terry! Thank you for the note – I LOVE that video! And your music is just beautiful – thank you! I’ve just now created a Terry Oldfield channel on Pandora. 🙂
Terry, is maintaining your anonymity important to you, or could I post a link to that video on the website along with your note? Dare I ask to link Moonrise as well? There’s a world of people out there who think that what I’m doing here is simply too good to be true. For five years I’ve posted lots of testimonials to counter that sense – and it’s working. 🙂 I’m naive about these things, but I completely understand if this is not possible.
When I closed out of Zoom after our meeting, Betsy, who had been treated to hearing us laugh for an hour, hollered from the kitchen, “He was a good one, wasn’t he?”
I laughed and said, “Yes, he was a very good one!”
All love,
Fred

Links to Videos
“Reach Out”

Link to:
“The Bubble of Self-Reflection” Video
from January, 2015

Wisdom from the Gnostics Taking Wing by Barbara St. James