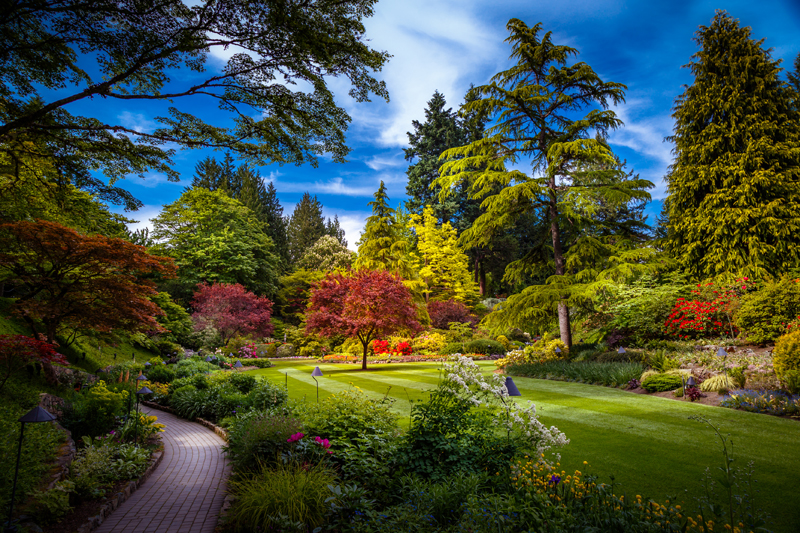 Experiential Meditation: The Mirror and the Reflection

If this or any other video of mine is grokked, understand that it will be Awakeness Itself that groks it.
An imaginary character cannot grok anything!

REINTRODUCTION
I posted this video about three years ago and got a lot of positive mail on it. I still do.
I’m reposting it because this teaching is growing rapidly and I don’t want relative newcomers to miss it.

NOTE 1: If you are not watching my videos or listening to my podcasts, then you are missing out on half or more of what this teaching is offering for free. Do consider it. And if you want to see this teaching grow yet further, give the video a “Like” vote. YouTube sees all that, and the more “Likes” a video gets, the more it will be suggested elsewhere, thus expanding its viewership.

NOTE 2: This post, while primarily aimed at those in post-awakening, can be taken to heart by those in pre-awakening as well. It is a very meaty post.

While neither time nor effort is required to awaken or to clear, I notice that most people who actually do awaken and clear have employed a lot of both. Even most people who appear to wake up suddenly with me never got to me until after they had already tried a host of other things, often over the course of decades. Awakening is the invitation, not the dance.

Don’t worry about who’s doing it, and why it doesn’t make any sense from a certain point of view. Who cares? It works.

The holidays tend to at least temporarily grab our focus. There are a lot of lights and colors, activity and anticipation, wishes and fears. Perhaps we tend to get anxious or depressed at this time of year. One way or the other, few of us are unaffected by the cyclical drama of the first days of winter.

Humans are social beings, and society is constantly conditioning us. We, in turn, are conditioning, affecting everyone and everything around us in a more direct and powerful way than most of us imagine. We turn our backs on our spiritual path to our own peril. This thing isn’t offered to everybody. And typically it doesn’t stay where it’s not regularly welcomed.

I was reading something by Sri Bhagavan Ramana Maharshi this morning. Sri Nisargadatta Maharaj is my guru, and Ramana is my spiritual godfather. They are both excellent dispensers of sound advice. And the primary advice both of them give us over and over and over again is, “Wake up!”

Waking up is one thing, and clearing up is another. Waking up is the invitation to the dance, but the real dance is abidance and embodiment. When Ramana and Maharaj tell us to “wake up,” they are really telling us to wake up and follow up. Ramana did most of his following up in solitude and silence. That wasn’t my situation—and I bet it’s not yours either, if you’re reading this.

That wasn’t Nisargadatta Maharaj’s situation either, although he tried to make it so. He thought he should renounce the world, wander the forests, wake up, and then wander the forests some more. He left his family and did just that for awhile.

However, a fellow pilgrim encouraged Maharaj to go back to his own story and inhabit it.. That’s what Maharaj did—he went back to selling cheap cigarettes and corrupting the health of his neighbors. Go figure.

He’d made the wise, if unromantic decision to renounce his thoughts instead of the world. He turned his attention onto his attention—what he called “focusing on the I Am,” and woke up in three years flat. It took me twenty-four, but Maharaj had a much keener focus than I did. He wasn’t drunk.

Clearing up is the process whereby Awakeness begins to embody us, not the other way around. It isn’t about clearing a non-existent Fred up, it’s about clearing the patterns of Fredness out. And to clear our character out of a given unit takes real dedication. It’s not a “paying your dues” situation, or about earning anything. The truth is far more direct and practical than either of those. Here it is:

You say there’s no one there to do it? Fine. Get the thing that feels like you to help You. Get the unit to do things it’s not keen on doing. See the rub already?

Everyone wants to wake up, but I find that very few truly want to clear up. I was the same way—I get it.

When I first joined AA, after I had been around for maybe two or three months, I felt like everyone should be treating a fount of wisdom like me as if I were five years sober. Was I not the smartest guy in the room, regardless of the room I was in? So why should a smart and special guy like me need to wade through years of this lower-level nonsense in order to get a little respect around this joint?

A year or two down the road, my approach to spirituality would be much the same. This is the advantage of being a unique character—you don’t have to do the stuff every one else has to do in order to get what everybody else is trying to get. Good luck with that.

And just so you know, as a teacher I don’t talk to anyone who isn’t smart. What we’re doing is a form of jnana yoga, the yoga of wisdom, and most people are simply not drawn to it. It’s intimidating for everyone who doesn’t find it fascinating. Really, really smart people are the norm here.

After I woke up, I didn’t want to clear, I wanted to be clear. I wanted to graduate before going through school. And heck, why should a special guy like me have to do any sort of practices in order to (apparently) achieve greater clarity and stability? Didn’t the world owe me at least that? Weren’t practices passé anyway?

I went shopping until I found me a teacher who said I needn’t bother with any of that stuff. And so I didn’t do any of it. And I went backward. Fast. I went backward until I got so depressed that I was forced into Plan B, which was ordinary people’s Plan A!

I once again began to read, to meditate, to at least try to be a little mindful of the moment and the unit’s activities within it. I confess that I prayed, and I wasn’t injured by it. And everything turned around. I only report my experience here; yours could be quite different. Or not.

Ramana’s message this morning, and Nisargadatta’s once I got to him, were the same. Commitment means time. Not just “quality time,” but time-time, clock time, the employment of consistency and duration. If you’ve had an awakening experience and you’re not doing any sort of practice, the odds are extremely high that you’re moving backward (re-identifying with the body), while ego is telling you that you’re doing great.

Egos are good at that. And I’ve never yet met an ego that wouldn’t lie to get what it wanted.

Since the ego’s false analysis means you don’t have to do anything you don’t want to do when you don’t want to do it, it tends to be where we cast our vote. As a general rule, that won’t work. I know there could be exceptions to this rule, just let me state that I’ve never met one, and that my experience extends to include a long list of spiritual teachers I’ve talked to over the years.

Those of you who are employing time and consistency paying attention to attention will see surprising calm and clarity start to show up in your actions and reactions, regardless of what your thinking is doing. It can’t not; that’s the law. It’s a dream law, but it’s a dream awakening of a dream character, so what the heck. I’m only interested in what works, not the why of it.

Speaking of thinking, the mind can be slow in coming around to this new view of the world and the One who’s viewing it. That’s been the case for me. Crazy thoughts still show up in my head, but only every day. It used to be every minute—that’s a lot of progress for a guy like me. And you know what? I could not care less about crazy thoughts. I don’t  feed them with the food of my precious attention, and pretty soon they wander off to bother someone else. Someone who’s not alert.

They can fly in, but they can’t roost here, because I don’t believe them. I don’t trust them. These days I don’t even really listen to them, but that doesn’t stop them from trying to weasel in. That’s why, after all these years of clearing, I still do practices.

Frankly, most of what I do now takes place in one-on-one and group sessions as part of this teaching; that’s a constant clearing practice for me. I not only don’t do all of these every day, but whole days pass where I don’t do any of them. There has been a fundamental change here, and things are not as they once were.

For students, I recommend that they choose from the Practice Menu below, find out what they like, and then go for broke. Most people will probably use two or three, but they need to make one of them their Accountability Practice. What I mean by that is that when we find ourselves not doing our priority practice, we don’t lie to ourselves about it. We start where we are, and move forward, never looking back.

The less I know, the clearer I Am. Yes, on one hand I Am omniscient, but on the other I am clueless. Nothing can exist without My observing it, but I don’t know what it is that I’m looking at. I can tell you that I Am, but I don’t know what I Am. The Absolute Is everything, but ultimately It knows nothing. It doesn’t even know I Am.

There are numerous practices I can suggest for you, but the best one for you is the one you’ll actually do. When you look at the list below, please recognize that you’re looking at a menu, not a to-do list. You can always come back for another meal tomorrow.

As your attorney, let me remind you that it’s not against the law to watch any of these videos, or listen to any of these podcasts more than once. All podcasts are also available on iTunes.

These are the practice recordings I recommend you become familiar with. Good luck.

VIDEO! Why You’re Not Awake Right Now Letter from the Field: Oneness to Oneness

VIDEO: The Funniest 80 Minutes of Nondual Nonsense Ever! 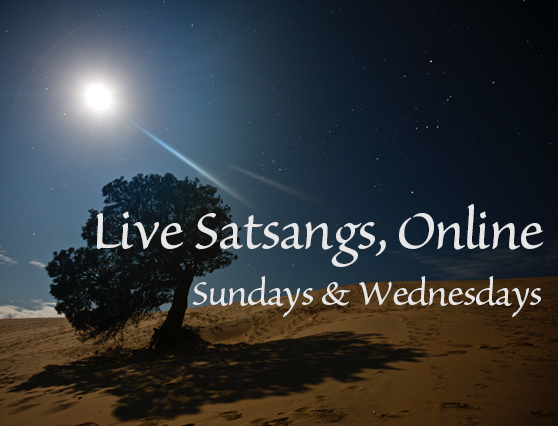