Running the Show in Post-Awakening 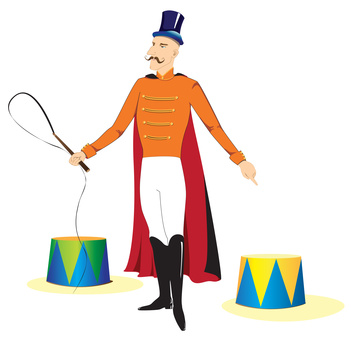 Hello, everybody! Thanks so much for joining me again. Things have been very busy here on the website, on YouTube, and with my bookings since my BATGAP interview. Rick called a Big Bump, and he knoweth of what he speaketh!

I’ve had the opportunity to meet a good many Buddha at the Gas Pump viewers—who are now clients—on Skype in the last ten days. The great majority have come to an initial awakening. New people are flowering. What a load of fun this is!

For those of you in the Asheville area, don’t forget that I’ll be up there this weekend, on Sunday the 15th to hold a meeting. We had a good turnout last time, and I expect this meeting will be yet larger.

If you’re planning to come, please bring some well defined practical questions; I’ve no wish to simply hold forth for two hours. Let’s do something!

Thanks again to Rick Archer, and to the many, many friends and well-wishers who’ve dropped me notes in the past ten days, and subscribed to the site and/or YouTube. Not to mention all of you who’ve signed up for sessions. I’m now booking January.

It’s been a wholly remarkable experiencing. Now to our post…

Running the Show in Post-awakening

Let’s pretend I’m a long-term seeker who just got a good glimpse of my True Nature. It may have been my first, or just the latest in a string of glimpses I’ve gotten over a period of years. Let’s further say that even though it was brief, it was awesome! Aren’t they all?

This is one place where size does not matter; glimpses of every size and shape feel great.

The actual glimpse is over, it came and went, but I’m still resonating with it, maybe still glowing from it, still feeling deeply intimate with Truth, and know I’ll never be quite able to unsee it. Regardless, I’d like another hit, please. Right away. Now, in fact. Or better yet, God, in case you’ve misunderstood your directions, go ahead and give me the full meal deal, please, and super-size it while you’re at it.

I am hungry for more.

We don’t have to get the gift of glimpses prior to a more full awakening, but it very often happens that way. (Let’s quickly remind ourselves that awakening doesn’t have to play out in any particular way whatsoever.)

So, back to my glimpse. These things are so intoxicating, so utterly addictive, are they not? It’s like ♦I got a little shot of heaven, which is actually pretty much the truth! And then I got dropped back to earth, an earth that is increasingly uncomfortable.

It seems like the more awake I get the more painful it is to not be awake. Hmmm…

You don’t think the universe could be pointing out that the way I think and live doesn’t work for me any longer, do you? Hmmm…

Damn it, I had heaven right there—within my reach, almost within my grasp! Then it slipped away, like a silent ship leaving port with me stuck standing on the pier.

Heaven is no longer here. Poof! And earth? Well, just between the two of us, I have to say it just ain’t what it used to be, right? This place is beginning to feel more and more like, well…how else to put it?

I thought that a glimpse of my true nature would make me feel better. And it did. For a while it made me feel a lot better. But now? Not so much. The more Awakeness I experience, the more I suffer when I play make believe that I’m away from it. I have developed quite a taste for the One Taste.

I only get this question about six times a week.

It’s simple misidentification, but it’s incredibly frustrating, and can induce quite a bit of suffering. I didn’t have a teacher. No one was talking about post-awakening, which I saw as evidence of the rightness of my self-conjured myth of the easy, one-shot-deal awakening that should be taking place.

Yesterday I had a Clarity Session with a client who woke up last week with me, and while she was not yet back in the full sleep state, let us say that a lot of clouds had moved in on her between our talks. Oddly enough, however, there was a still a lot of Awakeness functioning as well. It was a different sort of session.

She told me, “It shouldn’t be so much work to remain consciously awake [once the Gateless Gates have been breached].” I get that completely. I felt the same way. I was wrong and so is she. How do we know? Because for her, as it was for me, it is a lot of work, a lot of conscious, deliberate, maddening mechanic-ing until we become stable.

We can fight where we are, be bitter at the ridiculously slow pace Awakeness is working to colonize the body, and never become conscious again. Sometimes that’s actually ego’s secret plan. It works, if that’s what you want. Zzzzzzzzzzzzzzzzz… I get to stay right where I am, while claiming I want to be somewhere else.

By being opposed to the way Reality was playing out for us in our respective post-awakening periods, my friend and I were not only suffering from our panicky sense of dwindling clarity, but from our resistance to how things actually are. Thus the seed for further reduction in clarity is sown. And on and on. It’s a downward spiral that leads to total unconsciousness.

I’ve been there, too. Yes, in post-awakening I’ve experienced complete unconsciousness. It’s no fun.

Our “feeling” that the post-event process of awakening “should be” happening other than the way it is happening at any given moment, is just a dressed up wish, a childish fantasy we’re trying to rationalize. It’s our argument with God, and it will keep us sleeping soundly for just so long as the argument runs.

What I wanted was the Big Score, in much the same way that lottery buyers want the Big Score. Nothing else will do.

Now, people do win the Powerball Lottery, but U.S. News & World Report states that odds of any single ticket taking it are, in round numbers, 1 in 175,223,510. In other words, we have roughly the same chance of winning whether we do or do not bother to buy a ticket.

I wanted a nice, lazy, sort of blissful, awakened life—hopefully continuously orgasmic—where I wouldn’t have to remain alert, for God’s sake. I mean, I didn’t want any sort of awakeness where I had to be responsible; no siree! I wanted it all done for me—right now—just like I always wanted everything else. Hop to, God.

I can want what I want, but I’m still going to get what I get.

Today I have a generally lovely, often blissful, life experience as Awakeness. I do not have to do any mechanic-ing. I still have to remain alert to the present arising, but alertness is now built in. It’s effortless. It’s my natural state, so to speak.

We call this abidance. I won’t pretend or play it down; it’s great. Betsy and I talked about it just tonight. It’s indescribable. It’s delicious. Yet  from the outside looking in, it’s apparently as ordinary as can be! The extraordinary ordinary. It can’t get any better than this. Until tomorrow, when there is further opening.

Nonetheless, it is not continuously orgasmic. Everything in the relative world does not go Fredness’s way, but fortunately I have learned that Fredness’s opinion doesn’t count for much. After all, neither Fredness nor I—or my recently awakened friend, for that matter—get a vote on this planet. It feels like it’s that sort of planet, but it’s not.

I can adjust, or I can suffer. This body lives in space and time, and therefore, even though I am perfectly aware that there is no space and time, it nonetheless takes time for the unit to adjust.

Just because I wake up to the dream doesn’t mean that either Fredness or even I control it. Fredness would like to control it, but me? No thanks, it’s just too good like it is, and I can take the day off every day. It’s amazing how it all works out on its own.

We can be right, or we can be free, but we can’t be both at the same time.

How about you? It’s all about right now.

Playing the Hand We Are Dealt FREE e-Book Offer!! THE JOURNEY HOME: Awakening in the Dream