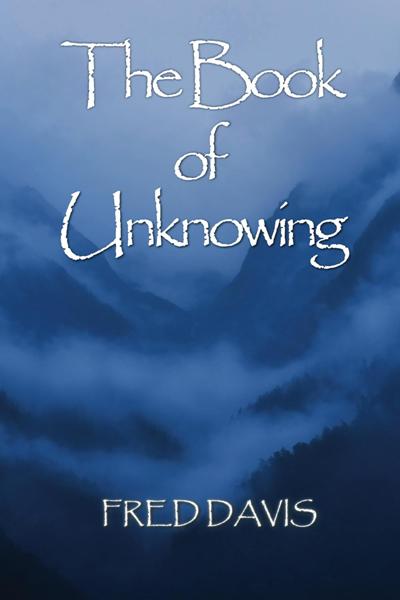 I’ve just published a new book, The Book of Unknowing, which is now available on Amazon and other sites in the US, and will soon be available internationally. Where The Book of Undoing is about how to awaken, this new book is about the journey afterward–how to clear, how to stabilize, and how to live in Awakeness as Awakeness. Even if you’ve not yet come to recognize your True Nature, I believe you’ll find that this book talks to you as well.

When John Ames, who freshly edited and introduces this book (and who is also the author of the well-received novel Adventures in Nowhere) told me that he was including this column, “The Wren’s Story,” in Unknowing, I was really surprised. I thought, “Gee, that was about the third or fourth post I ever wrote for the then-new blog. That was back in 2011–I wonder if I was really clear back then?”

I’m pleased to announce that the answer is yes. Clarity may have waxed and waned during that era, and I imagine this article was written on a good day, but when I read it fresh this morning it was like reading something someone else had written. I was pleasantly surprised–almost shocked, in fact–at what I found. It was as clear as anything I might write today. You read it and judge for yourself.

The Book of Unknowing, my third print book, is John’s careful selection of thirty-three of the more than two hundred posts that can be found on Awakening Clarity Now, and is available both as a Kindle edition, and in paperback.  I hope you’ll take this opportunity to join me in working our way to deeper clarity. 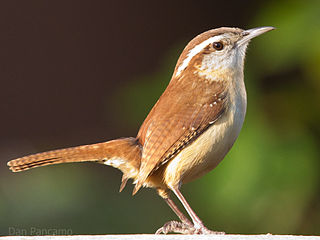 Our front porch has four hanging baskets on it. Within one of them, amid the geraniums, the dusty miller, and the flowing vine whose name I can’t remember but which is growing long and green and lovely despite its anonymity, a little Carolina wren has made her home.

The basket is placed so that it is just inches from the glass of the living room window. I sit in that room every morning, drinking hot black tea and reading books on awareness. My chair is about ten feet from the window and is aimed directly at it. I really, really want to tell you the story about how I noticed that wren from the first flit of its tail. I want to tell you how I watched that little bird build her nest from the first day to the last.

Honesty prevails here, which includes owning up to my own inattentiveness to the Life I spend most of my day talking and writing about. I noticed that nest instantly—right after hearing Betsy’s excited announcement: “Look, Honey! A wren is building a nest on our porch!”

We’re all doing the best we can here. Even me. Betsy doesn’t read books on awareness. She doesn’t need to. As Byron Katie says, “I know you’re either ahead of me, or you’ll catch up!” Betsy and I seem to trade those positions back and forth. Like a pair of mountain climbers, one pulls the other up and then the other does the same, and it looks like we are two harmonious beings moving up and down and sideways but forever hooked to the same rope. To put it closer to the truth, there is just a single one of us, apparently divided into yin and yang, constantly circling each other, trading positions, first this way, then that. Each extreme bears the seed of the other extreme.

Thankfully, Momma Wren was not quite finished with her carpentry, so I did get to pay attention to what was going on after I’d been told to. Sometimes that’s the best we can muster, is it not? When that’s the case, let’s try to make it our practice to heed skillful advice as early as we can. So, once I knew she was there, I began to take a serious interest in the wren’s affairs. I did watch her patiently bring sticks and straw and build up from the makeshift structure Betsy originally discovered.

Momma Wren was cheerful and diligent, rain or shine. She consistently put the one thing she values most highly into the making of it: her attention. By the time she was done, even I couldn’t have missed the fine result of her industriousness. I water those plants manually with a wand, and I can report a seriously obvious and involved lump right in the middle of the plant group. The lump is full of baby wrens now.

That Carolina wren has been being my teacher. (And because what she has taught me is now part of me, she will always be my teacher, can’t not be my teacher, whether she’s on the porch or it’s ten years from now and she’s passed on and is apparently a “different part” of Nature, a different form in the field of Life.

After all, teaching, like enlightenment, is all about right now.

If Momma Wren happened to be a talking bird with an average human being’s point of view, and you asked her what had transpired in the last few weeks, she would tell you something like this:

“Oh, it’s just been terribly difficult! I flew and flew and flew, looking all over the place for a safe place to raise my babies. It’s a dangerous world these days, you know. Finally I found a nice snug spot, out of the rain, adequate sun, a windbreak right behind it—oh, just right I tell you! And then, then for God’s sake—can you even believe this?—just about the time I get some eggs in there, along comes this monster dumping water on the thing!

“I go to all the trouble to find a spot out of the rain and then he louses it up! I can’t say that what he did was directed at me personally, but neither can I say it wasn’t. It’s suspicious, I know that. He’s all over the place with that wretched can of his, wreaking havoc with every stop! You’d think he’d have better things to do.

“And then there’s my husband! Mate for life, we wrens do. We’re bonded, for God’s sake! Yet he refuses to carry his own weight. Get this: I’ve laid every egg we’ve ever had! Can you imagine? Every single egg. Then he makes a big show out of helping “build the nest” and “guard the nest” and “feed the children.” Rot. There’s nothing to all that. But him lay an egg? Never on your life.”

Fortunately the wren in question is not a talking bird, and she does not show human qualities. As a result, what the wren does is her job. And she doesn’t make a fuss about it. She’s content to do her job as it morphs: now scouting, now building, now laying, now raising, and finally resting until the cycle begins again. It comes around three times a year for wrens, somewhat less often for humans.

The first question many people will ask after reading this little analogy is, “But is the wren happy?” This question only arises when the bird is seen to be the center of the world. It implies that the happiness of the wren is more important than the babies. Babies are seen to be adjuncts to the central figure, the starring figure, namely us in the guise of a wren.

“Is the wren happy?” implies that the purpose of the world is to make the wren happy. So the wren is not a tool within and for Life, but rather Life is a tool outside of and for the wren. That is the clear implication for the wren, and it is the same for us. The health and balance and simple beingness of the yard and neighborhood is, on a relative level, more important than any single wren, even if it’s Poppa Wren and his name is Fred. On an absolute level it must be seen and accepted (but only if we’re looking for peace) that, hello-hello, IT’S NOT ABOUT THE WREN!

From the standpoint of nature everything has a job to do. It may be to raise babies, or to be eaten by a cat. Three years ago I had a wren’s nest on the same porch, in a similar basket. She had babies, too. We were so excited. And when they morphed into ants in the course of a hot summer day, I took it personally. I could see it was not supposed to be like that. I had a preconceived storyline, and Life wasn’t following it.

I suffered. But I didn’t suffer because something bad happened to the little baby birds. I suffered because something bad happened to me! I didn’t get what I wanted. My projections didn’t turn out. My future-event storyline was broken. My expectations went unmet. Life was seen to be lacking. I got into an argument with reality and reality won, just as it will at every turn. “But only 100% of the time,” as Byron Katie would say so sweetly.

At every moment I can choose to see what is through the limitless eyes of Life Itself, or the extraordinarily limited and necessarily self-centered eyes of an individual. In the first instance I will be free. Maybe happy or maybe not so happy but always free. Peace is beyond the happiness I’m speaking of, which is condition-driven. Really I am speaking of joy. Freedom, peace, joy: these are three words which really mean the same thing here. And I cannot have this freedom, nor this peace, nor this joy, until and unless I value truth more than I do comfort.

If I choose comfort, I choose the familiar, a story, but no matter how great or grand or apparently permanent or seemingly special due to its apex of happiness or nadir of horror, I will eventually suffer because of that story. I may fly today, but I will be walking tomorrow and crawling the next day. That’s just the way it works. I’m not saying it’s bad, or even that it’s the wrong choice. I just say, “Let us make these decisions consciously rather than by default.”

My resident wren does not have a story. She does what she does without projection, without complaint, without expectation. And that is her teaching: Do your job and shut up about it. Everything is as it is—and all is well.

By the way, if you’re coming only when I send out emails, and read only that post, you’re missing out on a lot of what Awakening Clarity Now has to offer. Check back at least once a week, and click on the Articles page to see what might have been put up as “under-posts”, meaning posts I haven’t done a mailing on. Thanks!