The Large, the Small, the Subtle, and the Profound 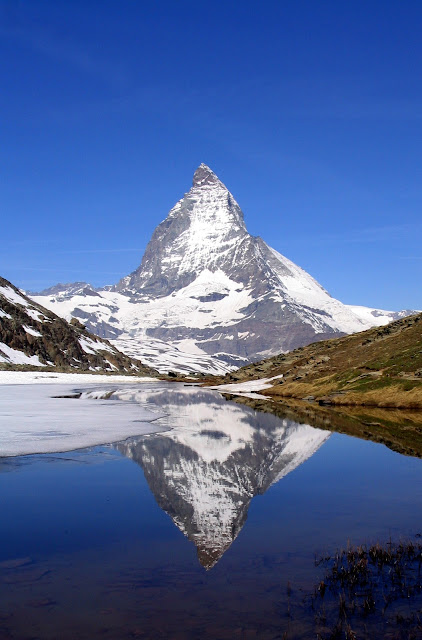 If you’ve not seen the new page, Letters from Ground Zero, do check it out.  It’s a series of letters addressed to me, all of them raw, gutsy, and honest, from people who’ve woken up with me.  It’s a fascinating, up-close view of the freshly awakened mind.  The authors have of course given their permission for me to use them, and I’ll be posting more as fate and time permit.

Quite a few of you have woken up since the last post, all throughout the US, Canada, England, and Australia.  Yet that doesn’t mean that thesame thing happened to every one of those people.  It didn’t.

I’ve had the incredible privilege to witness over 200* people wake up in just the past few months.  And I am here to tell you that awakeningcomes in every flavor, size, shape, and color.  While at core it is the same thing, how its apparent arrival is experienced, and how deep or stable it is varies broadly.

I’ve had people almost explode in front of me, like a bolt of lightning had hit them.  I’ve seen others go into hysterics of laughing, and fits of uncontrollable weeping. There are folks who go back and forth between the two. And sometimes they just say, “Oh.” or “You’re kidding.”

There is tremendous variation.  Interestingly, the unit’s initial reaction is not in any way a tip-off as to what the overall effect of their awakening will be. Another way to put it is that the size of a spiritual experience which often accompanies awakening is not in any way a reliable indicator of either short stability or clarity.

Contrarily, I’ve had people achieve relative stability almost immediately who just came to a grin and said something like, “I’ll be doggoned; it was here all along wasn’t it?” Some of these more subtle, smaller event folks, are today remarkably stable and clear, given that it’s only been a few weeks or months since their initial awakening.

I’ve also seen people wake up, but be back in the dream before the end of the session.  Crazy as it sounds we have to be willing not only to awaken, but to accept awakening over and over again, and some people simply are not that willing.  I wasn’t ready to wake up for 23 years, and it took me several more to entirely accept it in an ongoing way, so who am I to point a finger?

Nope. That’s just right, too.  Once we see What Is clearly, it is also seen that there are no alternatives to What Is. That’s what makes everything so simple in the enlightened view.  What we think about What Is doesn’t count.  We don’t actually get a vote.

We try to cast our make-believe vote anyway, but it changes absolutely nothing other than the unit’s state.  The unit gets to suffer all it wants until it doesn’t want to any longer.  That’s usually about the time we are feeling forced into continued seeking.  We’re sick of that, too, but we notice we can’t stop.

We continue to seek whether we like it or not, because we don’t get a vote!  IT’s doing what IT’s doing, and that includes what IT’s doing with us!  Whatever else Nature might be, I promise you that it is not a democracy!  And we are not members of the party that is out of office, just outside of oneness, even if we think we are.  It’s not; we’re not.  There’s only oneness, and we’re part of it!

Awakening is simply a grand dose of truth. It’s fabulous, life-changing, and all of that, but essentially it’s just a seeing of the truth, seeing things as they really are. When this wave of truth comes rolling in toward shore, it crashes upon a unit. After the crash, It is coming through a lump of raw conditioning for so long as that body-mind lives.

Our overall receptivity, that mysterious combination of willingness and tenacity, that earnestness, which is (usually) directly proportional to the depth and stability of conscious awareness that we experience during and after awakening, depends far less on our teacher, our tradition, or other outside circumstances, e.g. on retreat or crossing Times Square, dieting or ordering pizza, helping the poor or gambling away your last cent, than it does on the body-mind itself.

We can’t make it be if it’s not. (Although we can certainly create fertile ground!) We can’t make it not be if it is. Even if we can answer yes to awakening, there are a hundred different degrees of it.  And those degrees are what tell the tale. Thus the small-event awakening may be incredibly deep and profound, clear and stable, while a large-event awakening may fall to pieces in fairly short order.  And then come back!

Awakening happens the way it happens, and our determination to control it will always be what’s stopping it.  Who is it that wants to control it?  That’s what we always miss.  Forget what’s going on around you, who is it that isn’t happy with it?  There’s the key to awakening, right there.

We don’t control the dream whether we’re asleep, or awake.  No one does. Nothing does. It’s all just happening, spontaneously unrolling and unfolding into this What Is that is not other than us.  We wake up to the dream, but not from the dream.

A dream unit is sitting at a dream desk writing an article about the dream, from within the dream.  We could say that this particular unit, however, is a window. There’s a great deal less Fredness here than there used to be.  Due to the reduction of Fredness, the light of Truth from beyond the dream can now shine through that window into the dream. And relativity, the very thing many of us were hoping to transcend, is now experienced more beautifully, and lived more skillfully.

This is the miracle. This is what enlightenment is actually all about—abidance and embodiment. But we can’t really start on that journey until we first wake up to our True Nature.  Once we know who we are, not from hearsay, but from our own direct experience, then we find ourselves, then we begin the real journey toward clarity, and this is the journey that never ends.

Housekeeping Notes
My next post, coming up in a couple of weeks or so, will be more or less a case history—the story of a client who has gone through a lot of trials and tribulations in the past few months, but who’s relentless earnestness is really paying off for him.  It’s a fascinating story, and I hope you’ll join us for it.

*Editorial note
This article originally said “well over 100 people” where it now says over 200. I happened to glance at my spreadsheet, which I haven’t updated lately, and noticed I’d had 80 successful sessions in just August and September.  I’m working a little harder than I thought, but it’s a great problem to have.