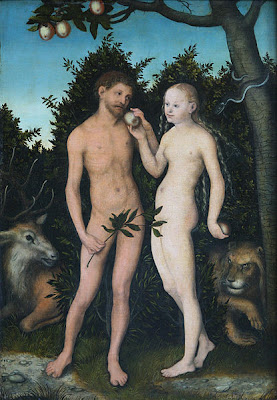 I REMEMBER LISTENING TO A KEN WILBER SERIES several years ago, I think it was The One Two Three of God, which helpfully classified the three types of mystics: Nature, Theistic, and Nondual.  Reality can be discovered through any of those three channels: nature, a personal God, or Nondual awareness.  However, because both the “software” and the “hardware” being employed to discover Reality is different in each case, Reality will be seen somewhat differently in each case.  Each methodology, over which we have absolutely zero choice or control, employs a different set of filters.

EVERY BODY-MIND IS USING FILTERS all the time.  They MUST: there’s way too much going on for a mind to be able to comprehend, classify, and deliver a story from.  It has to narrow things down.  And you can’t narrow any field without distorting it.  Closer to the truth, however, would be to say that every body-mind is in itself a different filter.  So, even within the same class of mystics, there will always be slight, or even large variations on the theme, so to speak.  There is only One Truth, but ourseemingly individual filters will deliver a different view, a different translation, a slight different story of the One Truth, and thus will describe it differently.

I HAVE GONE THE LONG WAY AROUND to talk about Betsy, but here we are at last.  I have said elsewhere that Betsy was either born awake, or woke up early as a child; I can’t know which, though I suspect the former.  As with so many things in spirituality, this statement is both true and not true.  Everyone on the planet is awake.  This is clearly seen from a state of conscious wakefulness.  The vast masses simply do not know they are awake.  The Sage does.  That’s the only difference, and even that difference is not entirely true.  Nonetheless, that seemingly small difference is absolutely enormous.  The shores of New York and Mumbai are less divided that the apparent division between someone who is consciously awake to Reality and someone who is apparently not.  (There is actually NO division anywhere.  Again and again, there is just One.)

BETSY AND I TALKED ABOUT THIS OVER DINNER these last two nights, because I didn’t want to just formulate a notion and then push it out onto her or my readers.  I had educated ideas, a certain intuition, and when presented with both, Betsy agreed with me.  Thus, what I say here is at leastrelatively true, at least in one case, and this article is actually about one case.  I can’t know whether it can be extrapolated to cover most or all nature mystics.  So far as I am aware, I know only the one, though I suspect a couple of others.  My guess is that it takes in a great range of people spread across the globe, especially in the so-called “less developed” countries.

I THINK IT’S FAIR TO SAY that a nature mystic’s path is clearly unchosen, while the theistic and Nondual mystics appear to have made a choice.  There is a big difference here, perhaps especially in Betsy’s case, but I think it very likely, that it would apply in most nature mystic’s cases.  Interesting enough, strangely enough, boldly enough, I’m going to have to introduce something that is not at all widely known, and rarely discussed.  But last night, entirely out of the blue, I heard none other than Francis Lucille, the French Advaitist extraordinaire, and heir, if you will, to Advaita Master Jean Klein’s crown, confirm it.

I HEREBY PRESENT A NEW CLASS of human awareness, someone who is neither asleep, norconsciously awake, which are the usual bookends of the game.  There is no actual term that I am familiar with; I don’t know that one exists.  So allow me to quickly invent one.  Let us say that a mystic such as Betsy is actively inhabited by Spirit without their knowledge. They don’t have conscious knowledge of what’s going on, primarily because they lack a dualistic reference point.

THE VAST MAJORITY of both theistic and Nondual mystics have first been seekers, generally for years, as I was.  There are exceptions, but not many.  Active spiritual seekers read widely in the field, and listen to teachers, write teachers, and in some cases go to retreat or ashram, and virtually all climb a theoretical ladder toward a completely misunderstood enlightenment.  Everyone assumes it’s going to be personal and everyone is shocked when they find it is not.  Being told ahead of time that it is not will not make an iota of difference. Adyashanti says he has seen hundreds of people wake up, many of them who have been seekers for 30 or 40 years, and he has never yet had anyone tell him, “Well, okay, that was pretty much like I thought it would be.”  It is nothing like anyone thinks it will be, trust me on that.

BUT SEEKERS DO HAVE A REFERENCE POINT.  They know what it’s like to NOT be enlightened. And they know what it’s like in the constrasting post-awakening environment. Thus they have a reference point, a point of comparison.  And they come to Truth with what I referred to earlier as simply “baggage”, but which I will now call “beneficial baggage”: they packed for the trip and arrive with both a spiritual background and spiritual vocabulary. Thus, the so-called newly awakened individual has, in accordance with the length and level of their mystical  “education”, a broader topicalcontext, which enriches their understanding and experience of what is now happening through them.

IN DIRECT CONTRAST TO THAT, for better than fifty years of her life, Betsy thought “This is simply the way things are and I am the only one in the world who feels like this, who experiences life in just this way.” She could sense that she was radically different, hence the longing for privacy, where she was not different, but rather where she could simply be as she was.  When she was by herself, she was both accepted and safe.  She had no notion that there was actually a global community of mystics of different types and apparent levels.  They might have differences, but their commonalities are greater than the sum of their differences.  I can read the writings of a thirteenth century Sufi poet, a Taoist from 2,500 years ago, or a Christian Desert Father from the first century, C.E., and perfectly understand and agree with the heart of what they’re saying.  By the same token, the majority of the current global spiritual community, if they were authentic mystics, would be able to see and share and help Betsy expand what she was going through. Reach out or withdraw: mystics of all classes understand either path.

THE REALLY INTERESTING THING is that as my own awakening has deepened over the last five years, and now, finally, as it has more or less stabilized, Betsy has been sucked into the Nondual vortex encompassing this body, her husband.  By proxy, almost, she has found tools.  I am not attempting to take credit for anything here, I am attempting unbiased reportage.  But simply by living with someone going through an active seeking and then finding process, with me discussing (or in her mind–perhaps correctly– lecturing on) the messages of different teachings and teachers throughout 6,000 years of spiritual history; through seeing and hearing my own teaching begin to develop; through the verbal and nonverbal transmission that is always occurring through all of us, she has found knowledge and vocabulary, and a community of at least two.

THAT’S TWICE WHAT SHE HAD, and to Betsy it’s a lot.  For her, for now, and perhaps for forever, it is enough.  She can now see and understand what’s been happening to her all of her life, and these same tools have—this is vitally important—allowed her to share that experience; to talk and to listen.  Most importantly, at least from my viewpoint, they have greatly accelerated her enlightenment.  I know that can be sticky terminology.  Nonetheless, it is foolish to continue to try and avoid the word, for Enlightenment with a capital “E”—Reality as  Buddha saw it, as Jesus saw it, as Rumi, Dogen, Lao Tzu, and countless others, known and unknown throughout history, saw it—is precisely what we are talking about.

HER RAPID ACCELERATION IS WHY I finally was able to make the quantum mental leap from “Betsy is a wonderful and generous human,” to “Oh, now I see, Betsy is AWAKE!”  After all, she didn’t know.  And it was at about this same time, just a year or two ago, that Betsy began to know and say so as well, in our now-common language.  Just as the Buddha answered 2,550 years before her, when asked by followers what manner of man or god he was, Betsy, said simply, “I am awake.”  It is within this last year, for both of us, that the greatest changes have come about extraordinarily quickly.

WE ARE ON CONSCIOUS EQUAL FOOTING NOW.  We were always on equal footing of course, given that there is only One.  But experientially it felt differently than it does now.  These days, I bring something up, and she’s already seen it, or understands it with minimal clarification.  I often see that she’s gone before me.  And then, the next day, she’ll bring something up that I have already seen, or that I can expand upon; we notice that I have gone before her this time.  She catches up in an instant.  This is what I call the Beach Ball Effect.  We now pass the spiritual beach ball very often, given that this subject is talked about every day.  It is a constant source of wonder and a mighty tool of deeper seeing for both of us.  It is both the center and the circumference of our lives.

AH.  BETSY JUST BROUGHT ME A FLOWER, a white, fragrant, little bunch from our tea olives, which have suddenly burst into full bloom just this week.  She silently entered the study, appeared beside me, and laid them on my desk as I was writing, without comment.  With that image, I think this is a good place to break for the day.