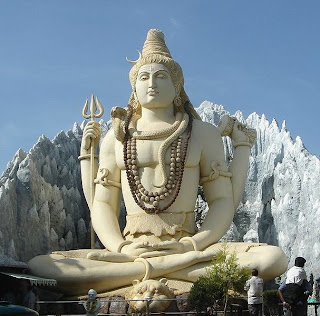 A FEW WEEKS BACK I MENTIONED that my wife, Betsy, and I have begun taking yoga again.  For the curious, I am utilizing yoga to enhance my waning physical condition and to balance out energy patterns.

There is no spiritual seeking left here, other than the impersonal desire to be as clear an expression of the Tao-that-I-Am as possible, both as a writer and as a human being.  While I am keenly aware on a current, constant basis that I am much more (and less) that this single body-mind, there is still theexperience of this particular body-mind.  Fredness is still very animated and very here, whether there’s an actual Fred to populate it or not. (There isn’t.)

LET ME RUSH IN AND SAY that I am as yet fully capable of being yanked back into the dream. Drama and desire still have their sway.  How fully and quickly those movements are recognized is what I use as a measuring tool.   The idea that we experience just a single opening to Reality, that you see it or you don’t, and that you can’t unsee it, and that there is no process involved, is true enough as far as it goes, but it’s not the complete truth.  The truth can’t be told and that’s one way of not telling it.  Another way of not telling it is that there may be just one opening, but that such happenings are apparently incredibly rare.

TO STICK WITH MY OWN EXPERIENCE, that’s certainly not what happened here.  Even in those rare cases of one-big-shot enlightenment, insights would surely build on each other in what would beexperienced as being sequential.  The notion that Buddha’s seeing was the same when he died as it was the morning of his intial enlightenment is total fantasy.  Awakening never ends.  An ending would be dualistic, do you see that?  It’s always about right now, and it’s always complete, but simultaneously it is always expanding and deepening.

I SEEM TO HAVE GOTTEN OFF TRACK, which I am wont to do, but I actually haven’t.  Yet.  I’m as surprised as you are.  Within the post-awakening human experience, there can be a lot of physical and mental side effects.  There can be a lack of sleep, or lack of desire to ever get out of bed; depression, or elation; a sense of nihilism, or the need to save the world.  There may be pain or discomfort from trapped energy.  The opening that the body represents is suddenly channeling a whole lot more energy; most of the time that’s going to have an effect.  And that effect is going to be experienced in the dualistic environment, within the dream of individuality.

THIS IS WHERE PRACTICES LIKE TAI CHI, YOGA, AND QUIGONG come in.  Prior to awakening they can help the body more easily handle increasing flows of energy.  In post-awakening they can help it to distribute and balance them.  Let’s understand something clearly: the body never wakes up.  It doesn’t have to.  The body is fine like it is.  The thing that’s animating the body is the only thing that’s confused, and that’s only because it wants to be until it doesn’t.  This manifestation is all lila (or leela); the play of God, as the Hindus tell us.

NOW, I’M CERTAINLY NOT SAYING that I believe any specific physical exercises can bring about awakening.  In my view, that’s a fundamental misunderstanding of what awakening is, and who or what it actually happens to.  Rather than dwell on differences, I’d rather stick to a program of absolute inclusiveness for Awakening Clarity.  There is just One.  For any view expressed in words, there is an opposite view that can be expressed in words that is equally as true, or equally as not-true, however you want to look at it.  That’s the nature of duality.  And amazingly enough, that statement includes the verbally shared views that apparently arise out of this typist.

I HAVE HEARD ADYASHANTI state something very similar to my own teaching motto, which is: “My job is to lie as well as I possibly can.”  It’s the best I can do, folks.  It’s the best anyone can do.  It would be just great if I could be an exception and actually put Reality down on paper for us.  But just so we’re clear, I can’t.

THE GREAT THING ABOUT NONDUAL FREEDOM, as my teacher, Scott Kiloby, likes to say, is that  “Nothing is outlawed.”   So, while fully, consciously embracing Liberation, I don’t have to deny or forsake my human experience.  By that very same token, in doing yogic postures and breathing, I amfully embracing the human experience without having to deny Liberation.  Everything is embraced; nothing is outlawed.  I see both experiences, so to speak, as highly complementary to the other.  As we have discussed here before, real spiritual truth is never either-or; it’s always both-and.  It’s always inclusive.  It has to be.

ALL OF US, the typist here and everyone around the world reading this Awakening Clarity post right this minute, are links in a chain that goes back thousands of years to intimate circles of small, brown, brilliant and devoted men living in the forests and caves of ancient India.  Insofar as Eastern philosophy and spirituality go, China, Nepal, Tibet, Southeast Asia, Korea and Japan have all certainly had their share of monks and hermits, and awakened householders. I have spent time and attention studying those traditions for the last 30 years.  I am schooled enough to know that much of what showed up elsewhere in Asia, and finally here in the West, originally came from Indian subcontinent.  Local cultural traditions, as well as tribal magic and animism were incorporated under the flag of Eastern inclusiveness, but the core origin is the same.

INDIA IS THE GREAT SPIRITUAL MOTHER whose womb delivers both Oneness and multiplicity and whose arms find a way to embrace both.  I hope you find some sense of that here as well.  Be blessed.

I am going to be joining Scott in Living Realization meetings via webcam on both weekend days for a while.  I invite you to sign up and join us via http://livingrealization.org/.  I will be serving in a student/mentor role and would be very happy to have Awakening Clarity readers show up online.  The technology is very easy to master.

With that exciting, but somewhat time-consuming task in mind, I plan to either shorten up Nondual Diary entries a bit, or cut back on them to a couple per week for at least the next few weeks.  I expect one or the other of those things will happen; I doubt both will, because I enjoy it too much.  Of course that’s just my intention; I could be completely wrong.  I don’t know what the Universe actually has planned.  It may be Fredness’ Nondual Diary, but it’s the Tao’s website, I promise you that.  So we’ll all find out what happens as it unfolds.

Let me welcome Belgium, Hungary, Iceland, Italy, Portugal, Slovakia and Spain to the growing list of countries visiting the Awakening Clarity website.  They join 21 other countries that are already helping to awaken our very own Clarity.  That’s 28 countries at least looking in on us in less than two months.  I would never in the world have believed it.

Where did the time go? A Very Short Course in Surrender