The Nondual Diary: Where are YOU? Part II (Conclusion) 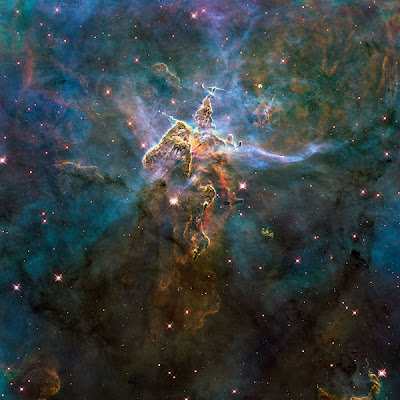 Where we left off:

[So, on we go with the show, only now, for a while here, it’ll be just as it really occurred,  I’m going to be playing both sides, just as I did while Vince sat in my living room drinking it all in.  From here to almost the end of Part II, I am going to be telling a teaching story.  And you, the reader, are invited to do just like Vince did that day last autumn, and listen v-e-r-y carefully, okay?  You never know what might happen…]

“YOU ARE ONE HARD-LUCK GUY, PAL.” I tell him.  “Shortly after you get out of the hospital, damn if SOMEONE ELSE doesn’t run into you and you lose both legs AND both arms!  By now I know where to find the best parking spot, all the hospital personnel, and the whole layout, so I come to see you right away; just as soon as the surgeries are over and you’re back awake and alert.  I don’t bother to use any lead-in at all.  I just stand at your bedside and ask loudly, ‘Okay, wise guy, where’s Vince NOW?’  You can no longer point, so you nod with your head as best as you can, gesturing toward what’s left of your body. ‘Good Lord, Vince! ‘I howl.  ‘Are you still sticking to that old story?  Not long ago you were a guy with two hands, two arms, and two legs.  Now you are just a head and a torso!  I want to know where the hell Vince is! Clearly he wasn’t hiding in your hands, your arms, or your legs, was he?  So WHERE is he?’”

MAKE-BELIEVE VINCE’S DEFENSES BREAK DOWN HERE.  The guy that he now finds himself is more interested in the truth than the strong, healthy guy was, so he agrees to exploratory surgery.  He’s got less and less to lose, so he’d better get this question answered before he runs out of places and spaces!  If the head loses its torso, or the torso loses its head, it’s all a moot point, at least for Vince.  In our imaginary surgery, they give Vince a spinal so that he can be awake to watch, right along with me and the doctor.  The surgeon cuts him right down the middle, from stem to stern, so to speak, and then uses some stainless steel rig to stretch him out wide.  The doc then starts moving the organs around, peering around and under them.  Damn if I can see any Vince in there.

I’M LOOKING FOR SOME LITTLE VINCE-LIKE FIGURE, sort of a finger puppet, or maybe a tiny, Vince-like “Ken” doll with time off for good behavior from “Barbie”. I am looking for somethingtangible and thus REAL; something that exists even when Vince isn’t thinking about it.  The doctor is looking carefully, but even his trained eyes can’t see anything of a personal nature in there.  EvenVince, who’s leaning over looking into himself, can’t find a “me” in there!  We all agree: there’s absolutely no little Vince character hiding in the torso, so the doc sews him back him and that’s that.  This guy is more and more like an onion!  We peel him and peel him, but there’s nothing at all at center except the absence of onion!

WE ALL AGREE TO EXPLORATORY SKULL SURGERY.  There’s no other course to take.  We’re desperate men taking desperate measures.  The suspense is killing Vince, and now even the surgeon is curious, so before too long we’re all back in still another operating room.  This is “the court of last resort”.  Again Vince is given a spinal, so that he can participate; so that he can be an active witness to the discovery of a Vince, provided such a discovery is ever made.  The skilled surgeon pops Vince’s head open like a fresh melon, with one whack of a chisel and hammer.  He is good.  Again he stretches the incision wide.  He begins using a probe.  He hits a particular spot in the brain, and Vince says, “Oh, wow, I remember when I was little boy and got my first bicycle.”  We’ve hit memory.  The doctor probes another spot, and Vince says, “Oh, it smells like chocolate in here.”  We’ve hit the senses.  The surgeon probes yet another spot, and Vince says, “Two plus two equals four.”  We’ve hit intellect.

“SO,” I SAY, “WE’VE DISCOVERED A DETAILED DATABASE, and some interesting tools for creating and recreating a world, but where the hell is Vince?”  The doc can’t see one, I can’t see one, we hold a mirror up for Vince, and he has to confess that he can’t see one either.  What the heck is going on?  There’s only one place left to look.  So we cut the brain open.  This is the end of the rainbow, only there’s no color anywhere.  There’s just a bunch of gooey gray junk.  Damn if I see any little Vince character.  In fact, I can’t see anything but goo and SPACE.  He really IS like an onion!!  The surgeon can’t see anything either, and via the mirror and a powerful curiosity, Vince somehow manages to look and he can’t find himself.  I rechristen him Vinceness.  All the mechanisms exist for maintaining a personality, but medical science has failed to produce a genuine entity.

[This is the end of the teaching story within our larger story.}

WE ARE NOW BACK IN MY LIVING ROOM, out of the teaching story, and back into normal life. It is the autumn of 2010.  I look at Vince squarely in the eye.  The corners of my mouth are beginning to smile.  I know I’ve got him.  “Okay, pal,” I say.  “We tried everything possible and we couldn’t find a Vince.  There’s simply NOT a Vince in there, is there?”  He’s dizzy with all of this, but he agrees there is not.  There can’t be.  We have searched high and low via intellectual surgery, and could not come up with the first shred of evidence for any separate, distinct entity by any name.  He is lost.  That’s good.  But the implications haven’t hit him yet.  They are about to.

“SO, IF THERE’S NOT A VINCE anywhere in that body, and there’s not a Vince anywhere in that brain, what’s that tell us?”  No answer from Vince.  He is barely breathing.  Gus the Golden Retriever is still as a brick.  I lean forward.  You could hear a butterfly flap if it flew through the living room.  I whisper, with all the compassion I can muster, because I know he’s scared, and he’s got to let go of the fear.

“OKAY, PAL, THERE’S NO VINCE IN THERE; we agree on that.  So, given that, I have a completely new question to ask you.  Forget about “Where’s Vince?”  I’m turning a whole new page.

“SO, IF THERE’S NOT A VINCE anywhere in that body, and there’s not a Vince anywhere in that brain, what’s that tell us?”  No answer from Vince.  He is barely breathing.  Gus, our Golden Retriever, is as still and quiet as a brick now.  I lean forward.  You could hear a butterfly flap if it flew through the room.  I say, with all the compassion I can muster:

“THEN WHAT IS VINCE?” I shout.  And then I shut up.  His head jerks back, and then he looks at me in wonderment. His eyes grow wide.  They start to tear up and then flow.  He begins to sputter and laugh through the tears.  And then he says, “My God, Fred.  You mean Vince is just a STORY???  Vince is just a THOUGHT???”

I SMILE ABOUT A MILE WIDE and say quietly, “That’s right, pal.  You’ve seen it yourself, by yourself, to your own satisfaction.   It’s self-confirming, isn’t it?  You don’t need me to tell you what you saw. Vince is just a story.  Vince is just one thought right after the other.  Click, click, click, but moving fast enough to create the illusion of permanency.  But there’s no separate entity actually there.  It all a river.  How many rivers are there, Vince?”

HE HOLDS UP A SINGLE FINGER.  And then we both explode into laughter, deep, rich peels of laughter, with tears flying wildly; the gentle giant and the little badger, seeing and being Oneness. Completely paradoxically, we are BOTH Oneness together. It doesn’t even make sense.  It doesn’t have to.  We are distinct, but we are not separate.  There is no separation anywhere.  None.