PRIME POST: The One Thing We Gotta Give Up 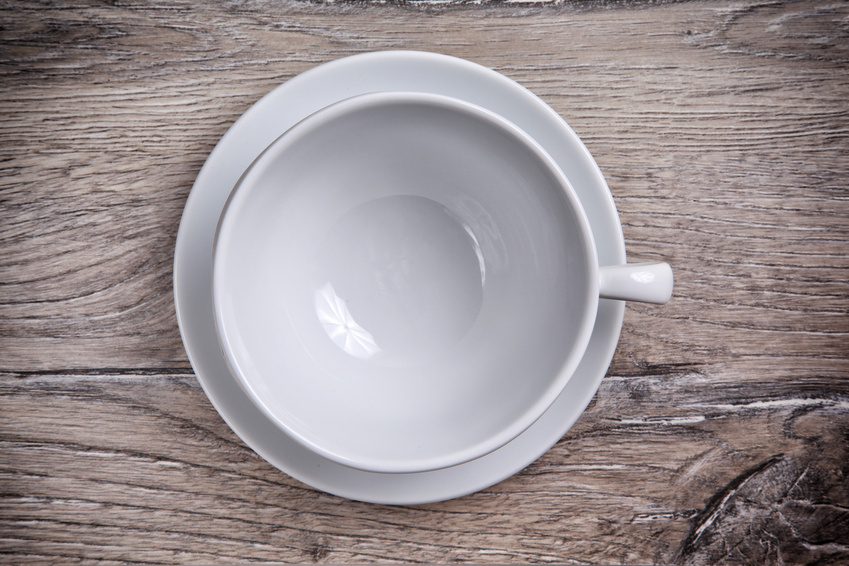 Before we get to our post, let me run a few announcements up the flagpole.

We’ve gotten good response from the announcement on the next meetings in May. If this is something you want to participate in, don’t wait until the last minute. We had a number of people who couldn’t get into the last one, and that could easily become the case with this one. The dates are now set:

AWAKENING WORKSHOP: Saturday, May 31, in Asheville, NC, at the same venue the last one was held in. The cost for that two and half hour session (give or take a few minutes) is $100 through May 15, and $125 after that date. You can send your fees directly to [email protected] via PayPal. I’ll take a check, but please write me ahead of time for my address, and that way I’ll be expecting your letter.

CLARITY GATHERING: Sunday, June 1, in Asheville, NC, at the same venue the last one was held in. The cost for that two hour meeting is $25.You can send your fees directly to [email protected] via PayPal, or take a chance and pay at the door. Paying ahead of time will guarantee your seat should we sell out ahead of time.

Payments should be sent directly to me, butny questions, please, should be directed to Georgette Cressend, my Event Manager, at [email protected] If you prefer, you can now pay directly through the Meeting Truth Website. If you don’t have a MT account, you can easily sign up for one. Paul and Jeannie are doing great work over there doing “spiritual money laundering.” What that means is that earn money from their hi-tech IT company and plow it on their Nondual website.

There has not been enough response to the group Clarity Session tele-meeting, or the Beyond Recovery tele-meeting to warrant my following through on those. They are hereby cancelled, but I’ll send you an email on it to make sure no one shows up to a non-event. Perhaps I’ll try it another time, perhaps not. I’m interested in doing the things you want, but I’m just as happy to let things run the same way they have been. This teaching is keeping me plenty busy I assure you! I’ll transfer funds to my PayPal account in order to refund payments for those meetings on Monday, April 7. It will take several days for that transfer to complete, so please be patient while that takes place. Thanks to those of you who did show your support.

My apologies to those of you whom I told the next post would be on a practice. I was virtually certain that would be the case, and I’m working on that post, but this one rose spontaneously from my teaching experience. I love it when that happens. but rest assured that the other post is coming. I think it’ll be important for quite a number of you.

I have a couple or three video topics that I want to address, but I doubt I’ll have the time this week to cut those. I will try. And you can always send me topic suggestions as well.

THE ONE THING WE GOTTA GIVE UP

I had a very long and difficult Awakening Session on Skype early on this Sunday afternoon, less than 24 hours after another very long and difficult Awakening Session took place in my home on Saturday. There is an energy exchange that takes place during these meetings, and it can be considerable. All sessions have the potential to tire the body: two tough ones in a row will positively drain me.

A couple of months ago I had three in a row, and I had to literally cling to the banister to negotiate my staircase going either up or down; I could hardly walk. Thank God I had left the next day open. I sat unmoving in my living room most of that day as my reserves slowly built back up.

The great news is that both of these guys ended up waking up. There’s a reason for that.

The funny thing was that while the two guys were as different as night and day, their spiritual stories were very similar. Both of them had been around Nonduality for the last ten years. One guy reported that he’d read about a hundred books, and the second reported that he’d read hundreds. Both had a head chock full of knowledge about this field, but neither one had the prize Kewpie doll to show for all that effort. Awakeness was not functioning consciously through either one of those units.

These guys knew so damn much that there was no room to put anything new.

If you want real results, then you first have to come to me, or any other teacher, with an empty cup. There is a well-worn Zen story about that very thing; the already-full-cup is a common seeker’s malady. I deal with it all the time in various degrees. I saw a lot of people last week, and I had already seen this malady once earlier in the week, only that case was much worse than that of my two weekend guys. That client would not give up the one thing that’s an absolute must, and that client is not awake.

Both of my weekend guys wanted to wake up, which is the very most important thing. The client I had seen earlier in the week didn’t want to wake up because they had convinced themselves they were already awake. This, my friends, is death. If we suffer from this malady, it is the one thing we gotta give up.

People who have woken up with me in an Awakening Session know better than to try and bullshit me. When someone wakes up, then I am suddenly in conversation with myself. I know when I’m talking to myself, and I know when I’m not. There’s no faking it, not for very long.

But what about someone who’s been through an Awakening Session with me, but did not wake up? They know what that shift is all about, so they’ll think they can fool me. They think wrong, but why would anyone even attempt such a thing? Two reasons: arrogance and ignorance.

Such clients want to have graduated from “common spirituality.” They want to impress me, or someone else, or amazingly enough, themselves. They have their own spiritual model, and this teaching doesn’t match it. It’s a sure sign the client doesn’t want to wake up on Life’s terms, but only on their own. It rarely happens like that folks, and awakening is NEVER what we think it is. And on and on…

I don’t see this too often, but once in a while it will raise its ugly head, and this week was one of those times. Yuck.

If you come to me full and are willing to tell yourself the truth about it, then most of the time I can help you empty your cup prior to beginning our session. But if you come to me full, yet sporting a face of false humility that’s been sculptured into the guise of someone who is empty, then I won’t know to help you prior to our session. You’ll then sit there for two or two and half hours answering questions from your head instead of your heart. I’ll figure out what’s going on, trust me on that, but my job is only to wake up those who want to wake up.

This client did not want to wake up, and it was my job to convert them. They are not awake, and they are on the most perilous territory that exists in this game. They stand a wonderful chance of never waking up. I hope they read this and recognize themselves. That’s unlikely, but at least it’s possible. I always like to tell myself the most pleasant story available, provided it’s not going to cause me to live stupidly.

When someone engages me to help them meet their True Nature, I take that very, very seriously. I’ll try every trick in my book to bring that about, and I have quite a few. I will back up and go through some of the same material a second,  a third, or even a fourth time. I will let the session run long–I charge by the session, not by the hour. I will use material that most people never hear, because they don’t need it, or it won’t benefit them.

I will be sweet. I will be funny. I will even try to talk down a mild skeptic if they are pleasant enough, a duty which can be rather annoying. I will also raise my voice, wave my arms, and badger you all to hell and back if that’s what you require. There’s nothing personal in it; The Living Method meets everyone where they really are, not in the Never Never Land of where you “should be.” I don’t even do what I do. It just happens.

I simply don’t operate on the assumption that you want me to wake you up only if I can do it in a kinder, gentler, “spiritual” way. I know how badly I wanted it, and if you’d convinced me that giving me two black eyes and a bloody nose would wake me up, I promise I would have asked you to please wale away. So the gloves are off, and whatever it takes until it takes is okay with me. My preference is that every session be light and funny and end up with the client in brilliant clarity, but this is not about my preferences–or yours.

So, in the end, I beg of you, give up the one thing you gotta give up–ahead of time, if possible. Be up front with your teacher; this is not a competition. I don’t actually care how awake or asleep you are so long as it doesn’t interfere with my work. Check yourself. If you’re legitimately wondering if you’re awake or not, here’s a link to an article I wrote some time ago about it.

WHAT WE’RE LOOKING FOR

This is what awakening is really all about. It’s not about these units; that’s just more self-centered dreaming; not Self-focused living. Barbara is now ready to joyfully serve her Self regardless of what shows up for the unit.

I’ve had the good fortune to attend two “Awakening” & two “Clarity” sessions with Fred.  The first set was one on one, and most recent was with a group of over a dozen people.  In all four, Fred skillfully took me on a journey that showed who I am.  When that seeing happens, even for one minute, it sets off a new dynamic of un-doing. The most recent Awakening session left no room for doubt or longing, I don’t care if I see clearly or not.  The Knowing of who I am is indisputable so it’s easier when the clouds form.  Abiding and Non-abiding may be a dualistic concept.  Now I can begin to Love what is when it’s clear or cloudy.

Realization in Asheville: Report on the First Awakening Now Workshop Letters from the Field: Client Reports on The Living Method