“The price of understanding is being misunderstood.” 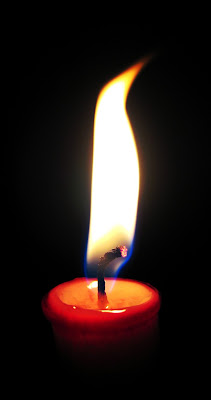 “THOSE WHO KNOW DO NOT SAY.  THOSE WHO SAY DO NOT KNOW.”  Like every relative statement about absolute spiritual truth, these two are both true and not true.  The first line of the Tao Te Ching, though it varies in different translations, is roughly, “The Tao that can be spoken is not the eternal Tao.”  Nonetheless, that cryptic comment was then followed by 81 little chapters which spoke and spoke and spoke about that which cannot be spoken.

LAO TZU KNEW IN ADVANCE that he would be misunderstood.  He couldn’t possibly know that his book would outlive him by thousands of years.  Surely he would have assumed that it would be read only by a few, and be understood by only a few of the few.  In an attempt to conceptualize not theavailability, but the actuality of true understanding, let us say that while many bees to a hive might be moved by that book, only one bee to a hive is going to measurably grasp it, and only one bee to acolony of hives is going to live it.   Lao Tzu had to assume he was writing to a miniscule audience.  He probably figured fewer people would read his book than will read this essay.  Certainly he had to count on just a handful to take it all in and then apply it to their lives.  The Tao has got a wonderful sense of humor, does it not?

YET I NOTICE HE WROTE IT ANYWAY.  Why?  The answer to any spiritual “why” is always the same:Why not?  Lao Tzu had no notion as to why he wrote that book.  I have no notion as to why I’m writing this.  These bodies do what they do until they don’t.  In resistance there is suffering and in acceptance there is peace.  That one sentence is at the core of all authentic spirituality.  It will be widely misunderstood.

THE GREAT THING ABOUT THIS BLOG is that I can come here to better see and understand myself. I suspect that side benefit is actually the relative bait to have this body do the will of the Absolute without much in the way of resistance.  There’s no point in reading or writing about clarity if the writer is not currently living in it.  We are not here to enjoy staring at a menu, we are here to dine.  We will end up dining on different items, though the menu is the same for both of us. That, like everything, is just fine.

WHEN WRITING FOR THIS WEBSITE I can be absolutely honest without fear of trampling on someone’s feelings.  Like Byron Katie, I can be rather direct.  Directness has a habit of being translated as coldness, which I certainly never mean. I am simply trying to share, quite literally, this viewpoint.  Yet from time to time I watch people wither in front of me like I am firing a ray gun instead of speaking words. It happens as it happens.  I don’t always aim to please; I aim to tell the truth, as it is seen from here.  I don’t yet know how to do that while wearing kid gloves, or adjusting a tourniquet, although I’m open to learning both skills.  More often I see people in front of me frozen like deer in the headlight of an oncoming truck.  I can almost hear their minds saying, “What’s happening?  What the hell is he saying?  Why is he saying it to ME?  How in hell do I get out of here?”

THEREFORE ONE GRADUALLY BEGINS TO GO QUIET.  The futility of breaching the gap begins to be seen, and words naturally begin to fade away.  There’s no doing to it; it just happens.  If you want understanding and agreement, I recommend you go find yourself a nice religion.  There’s plenty of agreement to be found there.  Certainly there is disagreement among sects and individuals, but at core there is more hearty accord than there is dissonance.  A seeker has to relinquish the comfort of community, if he or she wishes to become a sage.  And there is no going back once you do. What is known cannot be unknown.  What is seen cannot be unseen.  What is lived cannot be unlived.  So tread carefully lest you find yourself Absolutely alone.

HERE’S A NICE PARADOX FOR YOU:  All of us are always already alone.  While there certainly is the appearance of many, there is, in fact, just One.  Once seen, the ramifications of this knowing grow and grow until it’s more true than anything else.  And it’s you.  It’s me, too.  It’s everyone and everything you think, feel, or sense.  The absolute presence of One means the absolute absence of any “many”.  This is not to deny the appearance of many.  God is a lover of mirrors.  “Vanity, vanity, all is vanity,” says Ecclesiastes.  And so it is.  It’s a one man show minus one.

EVEN IN MEETINGS WITH STUDENTS there is broad misunderstanding.  However, it’s different there, as it is here.  What we all share is a common intention.  That’s very powerful.  In listening to the CD set from 2009’s Science & Nonduality conference I heard a brilliant professor say that he didn’t consider Nondual awareness to be an off or an on thing.  He considered it to be a spectrum.  What a fabulous description of awakening.  Adyashanti says about the same phenomena, “Always being, always becoming.”  He means that we are already perfect and awake; nonetheless there is always more available.  First we are pulling a cart and next we are riding in it.  Such is the nature of infinity.

I WROTE MY TEACHER, Scott Kiloby, yesterday and told him, “I seem to have moved from a place ‘where I could see the truth’ to a place where ‘I cannot not see the truth'”.  He’s a very busy man, but he was delighted, and shot me a happy email right back.  He knew exactly where I was and what I meant. Maybe

PS: I just heard from my dear and wonderfully clear friend, Peter Dziuban, who’s been so helpful to me with all of this.  I wrote him an email yesterday that was very similar to the one I wrote Scott.  He agrees with me, and he agrees with Scott. We think!

Let me welcome South Africa and Turkey to the growing list of countries visiting Awakening Clarity.  They join 37 other countries that are already helping to awaken Clarity.