Where did the time go? 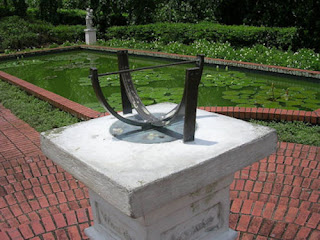 LET’S START WITH THE TRUTH and slowly work our way through to the lies.  The dream, also known as conventional existence, or “the world”, is a three-legged stool of illusion.  It looks very stable.  But take away any one of those legs, and it collapses.  Those legs are:

ALL THREE OF THESE CONCEPTS are just that—concepts.  They are very useful, yet fundamentally unfounded abstractions.  I can tell you that, or you can talk to a quantum physicist if that seems like a more credible source to you.  My only problem with a quantum physicist’s argument is that when I read what they say, I have to make a completely irrational decision whether to believe them or not.  It’s irrational, because I never learned any math beyond basic college algebra, and I’ve forgotten damn near all of that.  Phsyicists can show me that what they’re saying is true, so to speak, but when they do, they are using a language—numbers—that I can neither understand, nor relate to.  I might as well flip a coin.  They could tell me the odds on that as well.

I RELATE VERY WELL to the numbers in my checkbooks and on my company’s spreadsheets.  That’s called arithmetic.  I do percentages well, because I don’t eat if I fail at doing them properly, but beyond those simple mathematical tasks, I am pretty much lost.  My calculator is about the size of Vermont, and it will only perform the most mundane of calculations.  But the numbers are REALLY BIG, which is great when you get to be an old man.

I AM NOT AN OPPONENT of pi.  I am in awe of the wonders that can be achieved through its mastery. There have even been days in the past when we spent a little quiet time in each others company.  These days, however, pi and I cannot be said to be close acquaintances.  There is no ill will, but we both have other interests.  It is a passive friendship, one could say.

JUST IN CASE AN ACTIVE god of some sort is reading this post, let me say that I would not be at all opposed to coming back as a physicist in another life.  Astrophysics would be nice, I think.  In this life, however, my game is words, so let us get on with using them.  We were talking about time.

BEYOND A USEFUL CONCEPT for navigating the dream–in which a my body is participating, and of which I am fully supportive–there is no such thing as time.  Let us start there.  Einstein said, “The only reason for time is so that everything doesn’t happen at once.”  It has a kind of quaint ring to it, does it not?  It’s the kind of thing you might overhear at a country grocery store and be all the way back to your car before you began to question it.  Yet it is actually a statement of the very highest truth that words—or numbers—can hold or offer.  What Einstein was referring to when he said that, and you may trust that he knew precisely what he was referring to when he said that, were the pillars of order within the dream of time, space and causality.

BUT THERE’S NO POINT in our dropping our own judgment in favor of another’s just because we fancy it in the moment.  That’s just swapping belief systems, and then we’re no better off than we were.  Let’s check it ourselves.  You check it!  Use your own insight and authority here.  Riddle me this: In the absence of a personal me, of a central point of reference, of a positioned observer, where is there time?

YOU POINT TO THE CLOCK.  If I gaze at the clock I will agree that there is certainly a changingappearance, but the idea that Mickey’s hands pointing at a twelve and a six is fundamentally different than Mickey’s hands pointing to a three and a nine is simply hogwash.  Einstein proved beyond a reasonable doubt that time is relative; we can all agree on that.  So what is it really relative to?  It is always relative to the observer; the personal me.  Beyond that it is meaningless.  From beyond the dream, and Einstein was most certainly seeing from beyond the dream, it is unmistakably seen that there is no difference whatsoever in Mickey’s hands being one place instead of another, other than thedifference in appearance.

IF THERE IS JUST ONE, which is the very ground upon which both this website and this specific “philosophical argument” are founded, where is there time?  Everything IS happening at once!  But not within the dream.  Within the dream there is order and continuity, birth and death, large and small.  These are described by what we call the laws of nature and physics.  This is science at its best.  It excels at describing the HOW of the dream.  But science never answers WHAT IT IS that those rules are actually applying to.  That’s why God created mystics.  Everyone thinks scientists and mystics contradict each other.  In fact, they compliment each other.

CONSIDER THIS: When you dream at night, how long does it take you to create your dream world?  It appears instantaneously, does it not?  All the detail is POOF!  I mean, it’s just there in a jump, is it not?  And how about when you wake up?  How long does it take for you to un-create your dream world?  Must you pull it down stick by stick and dismantle it character by character, or upon awakening does it not just simply VANISH?

WE NIGHT-DREAM OF SITUATIONS that are awful, simply horrid.   We wake up the next morning, or within the night, and there is suddenly a great flood of relief.  Everything is seen to actually be just fine after all.  There’s nothing we need do.  It was all make-believe!  Did we ever have to fix what was seen to be wrong in a night-dream, or upon awakening, does the horror not just become a totally moot point?  I suggest the latter.

AND THEN, INCREDIBLY, we immediately take up the horrors of the day-dream and begin to sweat and fret over THEM!   We jump from the frying pan into the fire, and then back again into the pan, over and over for all of our lives.   We don’t even know that there IS such a thing as not-fire, not-pan.  But there is.  It is right here, just over here; just beyond the imaginary border of the dream.  It is not in some imaginary Land that Time Forgot, but rather in the very real Land that Forgot Time.

Welcome to the Now.