Clarity Is a Two Way Street 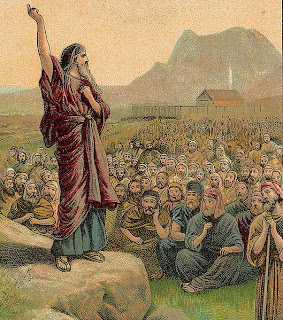 SPIRITUAL TEACHINGS ARE TYPICALLY LAYERED.  For example, sacred literature, whether it was written a thousand years ago, or the day before yesterday, can only reveal to us what we’re already prepared to see.  There is a wealth of terrific information, and a ton of fabulous pointers in plain sight every day.  We can’t see them until we can.  We don’t understand them until we do.  Yet once awakening occurs, things that were once overwhelmingly vague and arcane become as clear and solid as glass.  Of course all that arcane stuff is then replaced with new esoterica we don’t understand, but that’s both the nature and the joy of the game.

THE SAME GOES FOR OUR TEACHERS AND MENTORS.  They may be telling us the truth, the whole truth, and nothing but the truth, but we’re only going to get what we get until we’re ready to receive more. This is what Jesus meant when he said, “He who hath ears, let him hear.” It’s not all up to our teachers.  Most of it is not up to them.  Most of it is up to us.   It’s also rather like the Mark Twain story about a boy and his father: the older the son got, the smarter his father seemed to get!  The longer we pursue the spiritual quest with a teacher, the smarter they will seem to get–all because wegrew a new set of ears.  So, whether we get our information and pointers from life itself, or from books, practices, or teachers, the same rule applies.  I’ll stick with teachers in this column in order to maintain reasonable brevity.

WHILE THIS ARTICLE IS BEING WRITTEN for a worldwide audience, my experience is mostly with Americans, so I’ll stick with what I know.  In the United States, we are a people in a hurry.  We are like a nation of cats: we want to be wherever we aren’t.  We want to start a practice, or work with a teacher, just so we can graduate.  This is such a no-win approach.  If we’re not established in Nondual awareness and our teacher is, we shouldn’t minimize the theoretical gulf between us and them. Patience and earnestness are critical if we want to walk through the Gateless Gate and join them. The good news here is that this apparent wide gulf  simply means the teacher has a lot to offer us.   As one of my mentors says, we don’t want to be in the position of following someone who’s twenty minutes ahead of us.  Yes, they may be able help, but the deeper the well the longer you can draw from it.

NOW THAT I’VE MADE THAT FLAT STATEMENT, let me swoop in and take it away as well.  Many of us begin as followers of the really well known teachers.  I’ll wager that Eckhart Tolle has reached more people on the planet than just about all the rest of them put together.  Followers of the famous Watkins Books spiritual book store in London recently voted him the most influential spiritual personality on the planet.  It’s a no-brainer.  And if you’re Jim Carey or Oprah Winfrey, I’m sure Eckhart is a very cool person to hang out with.  But how about us?  Most of us are neither rich nor famous, and won’t come anywhere near to even meeting Eckhart, much less getting any direct teaching from him.  I’m using Eckhart as the example here, simply because he’s so well known, but a similar situation exists with Adyashanti, Gangaji, Byron Katie, and a few other big names.

YOU MAY GET TO TALK TO Adya at an intensive or a retreat, and you might get to sit on the dais with Gangaji or Katie for twenty minutes in one of their meetings, but none of them are going to be able to do much for you directly and at length in the way that a hands-on teacher can do.  Frankly, a lot of that is show-biz.  It’s fine, I’m on board with it, and I love all of those people, but we need to recognize their limitations, too.  Even if your teachers and mentors are all long-distance, as is often the case, the difference between walking this path with a one-on-one teacher and a big name you’ll never, ever chat privately with for an hour, or two, or ten, is beyond large: it’s unfathomable.  I never had a one-on-one teacher until after I woke up, and the cloudy awakeness of those early years cannot compare to the clarity and stability that teachers have helped me find.  If we have a teacher, our journey is also less likely to remain being about ego. Nearly all of us start with egoic spiritual desires.  That’s fine, it’s a stage.  What matters is where we end up.  Teachers can help us stay out of that stew but calling us on unconscious thinking or behavior.

IT’S NICE TO GET OUTSIDE CONFIRMATION of what we’re experiencing, and where we are along the path.  It’s important to realize that without a teacher we’re trying to guide ourselves to a place we’ve never been.  No wonder it’s so difficult!  Is confirmation necessary?  No.  Is it generally beneficial?  Oh yes.  For one thing, it gives us confidence that, as I shared with a friend recently, “We aren’t just sitting in our living room smoking hash.”  That’s really easy to do.  Ego is more than happy to grant confirmation of all our grandiose notions of where we are on the path, and what’s going to happen when we’re discovered.  Such a seeker is more likely to be found out than they are to be discovered.  From the beginning of our journey, ego has been looking forward to being enlightened, and is happy as all get out when it decides it’s gotten there!  Oh, the specialness of it! This is always a false reading; no exception granted.

THERE’S NO PROBLEM IN BEING either a seed, or a sapling.  All great trees were once the same.  Trouble only starts if a seed or a sapling begins to believe it’s already a tree.  We can do a lot of damage to ourselves and others if we end up in that position.  And it’s all too easy to stay there, because the only way we can get out of it is to admit we’re wrong. Who wants to do that?  The willingness to jettison “rightness” and “righteousness” are not common, and neither is the humility required to remain in an open, not-knowing space of being.
THERE ARE NO LAWS IN ANY OF THIS.  Awakeness can and does work anyway it wants to, any time it wants to.  Having said that, it’s fair to say that the general sorts of directions handed out by well known spiritual teachers with large followings, however good that advice or those pointers may be for a specific questioner, may not work well for us, and almost certainly will not work for us indefinitely.  The further we go, the more specific information we’re going to need.  Once we awaken, we’re still going to be able to benefit tremendously from guidance, and media may not be the best place to get it–unless, of course, it’s the only place we can get it.  We may need a sharper finger, one that knows something about where we are on the path and in our lives, to do some pointing for us.

THERE ARE PLENTY OF GOOD TEACHERS available if we’re simply willing to avail ourselves of them.  Ego, of course, if it’s not going to be groomed by the famous, often wants us to do it all ourselves, because then there’s no close scrutiny of our thinking and seeing, and we get to magically advance to any level we wish, just as fast as we want to!  Sadly, we also get to pay the ultimate price for that, which is suffering.

IT’S CERTAINLY NOT THE FAMOUS TEACHERS’ FAULT that they may ultimately become limited in their value to us.  No matter how awake they may be, no matter their long experience, they are still human beings.  Human beings come with limitations, and time is one of them.  How can you be on a personal level with thousands, tens of thousands, or even hundreds of thousands of followers?  It’s patently impossible.  We can influence that many people, we can sort of obliquely steer a crowd that size, but on most paths, a much more personal touch is going to be needed if we’re really going to get where we’re going.  Unless it isn’t, of course; I fully understand that possibility.  But we wouldn’t want to bet on that possibility.  If we’re genuinely sincere, if we really want to wake up and then go beyond that initial opening, then we probably want to place ourselves firmly in the hands of the Law of Large Numbers: we want to do what the majority of people are doing who are getting concrete results.

“SECONDARY AND TERTIARY” LINES OF TEACHERS–I say that only in reference to name recognition--stretch around the globe.  They are populated by awake, talented and devoted teachers.  For the most part, these folks are good at what they do.  Awakeness is necessary, but it’s not enough. One can be a great receiver of these teachings and still be a poor teacher.  Don’t assume less known teachers are less awake than their better known counterparts.  Many of them are not.  Some of them may be sharper than their better known contemporaries. Any currently awake teacher can help the great majority of as-yet-unawakened seekers that they have the luxury of spending time with; there’s no question about that.  And remember, progress in Nonduality is measureable.  We’re awake, or we’re not.  Others are waking up around us, thus proving the effectiveness of our teacher, or they’re not. Clarity is a better measure than charisma.

WHEN WE TRAVEL THROUGH ALL of these channels, and tread all the paths most of end up trying out, we want to use our common sense to guide us.  We don’t ever “give ourselves up or over” to a teacher or a teaching.  In my opinion, we don’t want to follow any teacher or teaching who suggests we do that.  Awakeness would never care about that sort of concession; ego would be crazy about it.  We are lost before we begin if we do so.  It’s good to remember that we are always surrendering to what the teacher represents, not the human being who happens to be delivering it. We want to use a teaching to help us cross the ocean, not fall in love with an anchor.  We can love and respect our teachers and their teachings without getting stupid.  After all, it’s our path; let’s take some responsibility for it.

On Free Will, Destiny, and Truth Turning Point