Ease of Being, Being of Ease 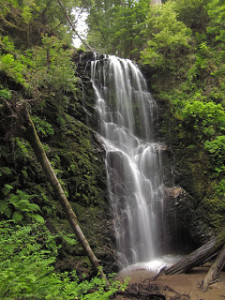 We are taking a short break from our Pick a World series of articles.  I’ll finish that up soon, I promise.  But this is fresh, and delivering freshness is what the Internet is best at.

I have just spent the afternoon with a young woman I know, facilitating The Work of Byron Katie for her.  This woman wanted to know the truth badly enough to give up her comfort, which was her story.  Within her story, just like all of our stories, there was everything we seek when the truth is more than we can bear: specialness, rightness, blame, an explanation for things being as we see them, which is far removed from the way they actually are.  These are the things that we all want—until we don’t.  Today my friend did not want those things as much as she wanted freedom.

My story is my tool, and it works until it doesn’t.  Then it creates a sort of layered suffering, which it may take me quite a while to notice.  It may take me 20 years, who knows?  The problem is that if I can’t see that my story has stopped working, I won’t seek an alternative.  Then I just keep running the same movie over and over again, hoping that this time the ending will change.  Secretly I know that it will not, in fact cannot, because I am the one running the projector.  Thus the comfort is not actually in the story itself, it is in the lie the story allows me to tell myself.

Harry Chapin, a talented musician who died in 1981, wrote a wonderful song in the 1970s called,Greyhound.  This Internet is wonderful, too.  I just pulled it up, and there’s the line I was thinking of.  It reads, “It’s got to be the going, not the getting there that’s good.” It’s such an excellent line, such a powerful telling of truth, that the author didn’t want us to miss it: he repeated it two lines later.

As someone who traveled regularly from nowhere to nowhere for a whole lot of years, I knew just what he was talking about.  Blind, unconscious, escapist travel is not about arrival, it is about the movement itself; a movement that enabled me to tell myself a story about how it was going to be different on the next bus, in the next town, tomorrow, in that better place I was busily cooking up in my head.  Really I was looking for some place where I would be different, but I notice I never found one

All of our stories are like this.  They enable us to keep truth at a distance.  They allow us to create a time and place that runs counter to reality, and which, for the sake of this column, we can call “What Isn’t”.  First we create “What Isn’t”, and then we live in it.  If we’re not on the alert, we’ll die in it, too.  We may sentence our children to living in it.  They may sentence theirs. These karmic movements can go on for a long time.  They often move from generation to generation. They set up an endless loop, where the only feedback we’re getting is internal, and I have noticed that my internal feedback is always in agreement with what my ego wants to believe.  What my ego wants to believe rarely has anything to do with truth.  It’s mind’s job to back up ego and it’s simply terrific at doing so.  Sadly, I suffer as a consequence.

This young woman was ready to stop telling stories and learn the truth.  There is no better tool I’ve discovered for doing that than Byron Katie’s The Work.  No one on our planet is clearer than Byron Katie.  No one.  I’ll put a link to her page at the end of this.  If you haven’t read Loving What Is, I would recommend that you make it your very next book.  It’s so helpful, regardless of where we are on the spiritual path.

If we’re still fully operating within the dream, this is a fine way to penetrate it.  Maybe we have had some real seeing.  Regardless, we may notice that we’re still suffering.  That wasn’t in our press packet, yet it’s still happening.  We love to think that when we “wake up from the dream” that enlightenment is going to fix all of our problems we find within the dream.  It’s a nearly universal belief.  Yet it is simply not the way it happens, unless we are the rarest of the rare.  We better play it safe and pretend we’re not.  This story of “automatic fixing” is just like the one Harry Chapin tells in Greyhound.  We are betting on the come and we are losing.

The Work is just as useful after awakening as it is before.  What wakes up is not in the dream, or of the dream.  The dream character never wakes up.  Forget about it.  And guess what?  The dream character is still hungry and nutty, is hung with all its shortcomings and foibles; still hung with the dream, still hung with the leanings toward unconscious, hurtful behaviors and thought patterns that now hurt more than they did before.  Prior to seeing, we had no comparison.  Degrees of muck were all we knew.  Once we have seen truth, to move out of it is painful.  Speaking for myself, I moved out of it very regularly for four years.  I still move out of it.  But now suffering is my friend.  Once I notice I’m suffering, and that this simply “isn’t the way the world is”, I ask myself, “What is it that I currently believe that isn’t true?”

When I find out what, then I can go to The Work, question it, and through that process I can offload the dark and harmful power of confusion.  There is no “why”.  Forget “why”; just give up on it altogether.  Be grateful that you can at last spot the lie and that you have a way to release it.  Then you can discover that “ease of being”, which Advaita master Jean Klein wrote and talked about.  In turn, help someone else discover that ease of being.  When you do, you will then you find yourself opened up to not only an ease of being, but also to as living as a “being of ease”.  This is the capstone of human existence. http://www.thework.com/index.php