PRIME POST: A Funny Thing Happened on the Way to Surrender 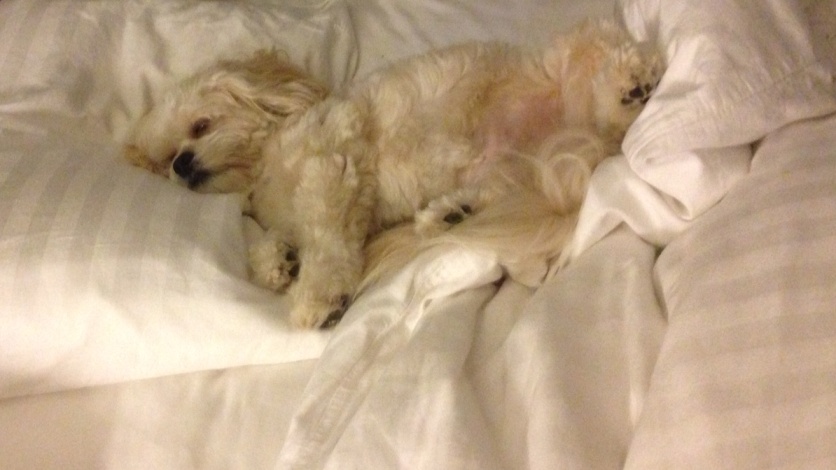 Wee Willy Hackett-Davis surrendering to This As It Is

The few hundred of you who regularly follow my videos already know that two or three weeks ago I cut a video called “Surrendering to the Unit”. Had I been actively trying to draw a crowd, I would have labeled it something along the lines of “Conquering the Unit” or “Beating Down the Ego,” and it would have gotten a whole lot more views than it has. Nonetheless, surrender initially proved itself to be such an overwhelmingly successful strategy, and is now such a rewarding lifestyle for me, that I went ahead and used the dreaded “S” word anyway. You’ll notice I’ve used it again here, which surely dooms this post to be less popular than I could arrange for with more seductive language, but sometimes you just have to say what you need to say, and popularity be damned.

Yes, I publicly plead guilty to the charge of going along with God. I’ve found life too painful when I don’t. I have also discovered that what happens on this planet does not have to have been weighed and calculated in my head first. Ever since I gave God her job back, I have seen that, as incredible as it may seem to a big shot like me, the universe is apparently on its own path and its own timetable, so I might as well fall in line before I’m forced to fall in line. It’s kind of a “You can’t fire me, I quit” sort of thing.

I was not nearly so flexible for most of my life and I suffered accordingly. Yet even a blind squirrel can find a nut from time to time, and this blind squirrel stumbled upon the luscious nut of surrender quite a few years ago.

What I want really want to share with you today is what has happened in the wake of that little video. But first here’s a quick recap of what I talked about in that 7 minutes:

If you’re wondering who the “I” was that gave up its struggle, it was nobody. Struggling simply ceased. In order to talk about it, however, we could say that it was one impersonal metapattern (Fredness) surrendering to another metapattern (apparent manifestation). Fredness permeates this unit through and through in much the same way that the Sense of Being permeates universes and dimensions.

And Here’s What Happened

In the evening of the same day that I cut that video, I discovered that I was sitting in my favorite chair in the living room reading a book. That’s something I used to do one or more times a day, every day, without fail. Yet it was the first time I had done such a thing in several weeks, I am sure. I was mightily surprised, but my surprise quickly gave way to delight. I didn’t pay much attention to it.

The following morning I found myself in that very same chair. Once again I was reading for pleasure (and insight), rather than corresponding with clients on my iPhone or iPad, which is what that chair had become a way station for. I really began to wonder what on earth was going on. By that evening, when I once again found myself downstairs with a book in my hand and a cat on the arm of my chair, I knew what was going on. A blind pattern had been seen, seen through, penetrated, and was dropping away.

On that second evening I didn’t end up in my chair unconsciously. When I first thought about going downstairs, I suddenly remembered something I “needed” to do at the computer. I was right at the head of the stairs, and I had to make a decision–stay up and work or go down and read? I strongly considered going into the study and doing whatever little chore it was first, and then going downstairs to read later.

There’s the lie. Once I’d told that lie and believed it, I could kiss ever going downstairs goodbye. So I went on downstairs and did my reading. Whatever the other thing was, I notice it kept.

Over the next few days I noticed other lies (patterns within the pattern) as the whole victim story fell apart. I found out that there were Four Big Lies:

I’m still working a lot. That’s fine. I love my work. I love talking to clients and volunteers, getting a new post or video put up, tweaking the website, answering mail (when and where I can) and doing the other thousand things it takes to make this teaching run smoothly on a large scale. I’m thinking 60 hours should do it. I’m not watching my watch, but I am watching my lies.

In the story above, I should make it clear that I had to see through each of the Four Big Lies individually. The grace, so to speak, was to be able to intuitively sense the movement of an unskillful pattern working through the unit so that I could become alert (conscious) enough to watch it work.

A Funny Thing Happened on the Way to Surrender