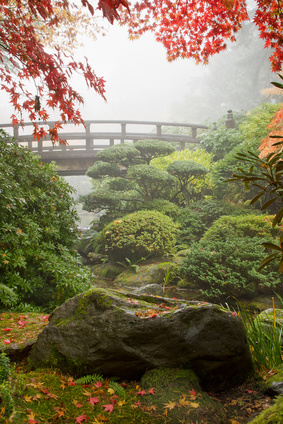 Welcome! Thanks for visiting Awakening Clarity Now, whether you’re a newbie or an old hand. If you are new, let me say by way of introduction that this is a discovery website. We are not seeking here so much as we are finding, and then together we’re exploring that which we find—Our True Nature. Most of what’s going here is about the paradoxical “post-awakening experience,” just as this post will be. Join us and discover a whole new way to be—Awake!

the actual application or use of an idea, belief, or method

as opposed to theories about such application or use.

“the principles and practice of teaching”

Whenever I speak of any practice, let me clear about what I mean. This definition holds true whether at this moment you feel yourself to be in pre-awakening or post-awakening. Those are really arbitrary terms. There is no actual “pre” or “post”. There is only ever awakeness and awakeness is continuously awakening, as confounding as that statement may seem. It’s only the mind that tries to divide up this seamless, verbness of Being.

So when I talk about “practice,” I am always, always speaking of You, simply, but consciously, practicing being You. You may be using the Susan or Robert units to do it through, but it’s still just You consciously practicing being You. It can’t be any other way. So, we are never doing a practice for the purpose of getting good at the mindful mechanism itself, be it meditation, unmeditation, inquiry, kinhin, singing, chanting, drumming, dancing, japa, mindfulness, or whatever it is we’ve taken on to do. Who cares if we are really good at looking and feeling spiritual in the dream? How about that waking up thing?

And we are not practicing so that we will wake up clearer later.

Conscious awakeness is what counts, and ultimately it’s all that counts. So practice is about our actively engaging the helpful-if-noisy-unit you’re wearing so that You can experience Yourself as Yourself through that unit right in this ever-present Nowness.

That’s what I mean by practice.

Even though most of us know, and many of us experience the truth of unity in either an ongoing or intermittent fashion, using the concept of division as a teaching device is quite another thing from believing in actual separation. We don’t suffer from what we think; we suffer from what we believe. So let’s use the concept of division to help us come to a greater understanding of the truth of our unity.

Let us assume that at some point you have known a higher level of clarity which defies description, but not experience. It might have been last night, a week ago, or that wonderful time back in ’72 that you just can’t get out of your head. Despite that known, certain, first-hand experience of real clarity, at this moment the “little you” which cannot be found, but which You nonetheless generally believe Yourself to be, isn’t feeling especially clear and bright. It feels cloudy, and cloudy feels like crap. And then the persistent question arises:

How could this have happened? AGAIN?! Damn it!

In that blessed but now-distant clear moment, by God, just as you were perhaps impatiently prodding the Susan or Robert unit to “Wake up and stay that way!” by some mysterious grace IT descended upon you for a second, a minute, an hour, six months, whatever. Bliss! Relief! Knowing! Rest! Peace! Ahhhh…

Or perhaps you were simply walking to the car—this happened to me once—and it descended unasked, unbegged, unstrived for. Perhaps it is even an unknown, if you have not previously been on the path. Bliss! Relief! Knowing! Rest! Peace! Ahhhh… And NOW the impatient prodding begins! Wake BACK up, you slow and stupid unit!

The longer Awakeness appears, the more maddening it is when it appears to leave.

We thought we had it this time! Oh my God!  You once again had it sharp and sure, and you just knew you wouldn’t lose it this time! It was seen to be so incredibly obvious! How could anyone NOT see it?  It was all you could do to even get to sleep! Yet a few hours later you woke up bright and early, excited to see the world in this new fashion, and you looked around with an anticipatory grin…and you couldn’t see a damn thing. My room. My bed. My feet. Monday. This is the same old reality I USED to have! And it still sucks.

What in the hell is going on here?

Welcome to post-awakening. It is many things, but steady isn’t one of them! Yesterday I had a Clarity Session with a Canadian client who woke up with me a couple of months ago. We had barely started when she exclaimed, “It feels like I’m going insane!” I told her, “Yes, it does feel like that, or at least it can, but what’s actually happening is that you’re going sane instead.”

Going sane in an insane world is not walk in the park. The one good thing is that there won’t be a crowd, you can bet on that. Are you feeling like the only onion in the apple barrel? Please. Been there, done that, got the T-shirt.

“I feel raw,” my friend told me. Now that I’ve seen. A lot of it. Even so, I notice that my friend didn’t ask me if I could somehow undo her undoing. We love to bitch about the process, but we are not giving up enlightenment!

Once we reach a certain stage—and my Canadian client is well beyond the turning back point—then like it or not, we’re are going down on the Big Ride it’s just a matter of how deep our claw marks will be as we move along the track.

One of the funniest paradoxes in the world is that whether Truth has been seen in a quick glimpse, or experienced through a longer-but-never-long-enough awakening that was accompanied by a spiritual experience, what we’ve seen is that the “little me,” in my case Fred, doesn’t actually exist. There’s no separation, so there’s no room for an independent Fred. Regardless, once the brightness appears to have passed, fear once again arises that awakening means losing this seen-to-be-non-existent Fred. I should be so lucky!

That fear, ungrounded or not, talks to us. In fact, it often screams.

The voice in the head is not keen on spirituality. It likes pretending to exist, and it knows a threat when it sees one. Awakening is rarely a lethal threat to ego, but it is a serious danger to the voice in the head. Granted, the voice in my head is still talking, many years into awakening. But it doesn’t talk nearly so loud, and it doesn’t talk nearly often, and when it does talk I find that I have the open choice as to whether I want to listen to it or not.

Whatever we put our attention on will expand. Whatever we pull it from will diminish. We don’t have to believe everything we hear.

If you’ll notice what the voice is saying, it’s really just an unending argument with the world. It knows precisely how things should go, how people should behave, what the weather should be, and on and on and on. Funny thing is, I’ve noticed that it’s never in actual agreement with how things are going. It is the Voice of Resistance to What Is. It is the Voice of Separation.

Waking up may reduce the volume and frequency of the voice. Or, conversely, it may ignite it! I’ve seen it go either way initially. No matter. If we work at gaining clarity—and greater clarity probably won’t come if we don’t work at it—then it’ll begin to quiet down.

The best way I know of to encourage that quieting down is to simply pay attention to whatever it is that you’re doing NOW. That voice is all about the fearful past and the foreboding future. It knows nothing about the present moment. It doesn’t even know that now exists! That’s because when we’re paying attention to what’s happening right now, we cannot simultaneously entertain the voice.

If we’re not paying attention to the voice in our head, then it cannot run or ruin our lives. I found out all about this while in recovery from Addiction to Everything. I don’t have to take delivery of every ridiculous thought that comes down the pike. I can pay attention to my body instead. My body is fine, always has been. It’s only the mind telling it that it’s not fine that’s making it experience not-fineness.

We can only put our attention on one thing at a time. “Multi-tasking” is a myth. It’s always first this, then that, then the other, no matter how quickly or smoothly we may seem to blend a set of tasks. If you’re attention is on slicing that apple, or walking to the car, or mowing the lawn, then it cannot—in any given instant—also be screaming about how things are wrong and scary and awful, and thus keep us leashed to the idea of duality.

There is no actual duality. None. Anywhere. It’s all just a thought that’s been believed. Practice mindfulness and notice that you’re clearer instantly. It’ll work as long as you do.

Notice that the very thing you want to quiet is also the only thing that objects to your simply putting your focus on this very moment.  Outside of the voice in your head, can you find any real excuse? I didn’t think so.

Be. Here. Now. And pay attention to what you’re doing in it!

Clarity Talk: When Awakening Misfires Two Minute Video: Getting Past “If only…”