On Winnie the Pooh and the Value of Mentoring 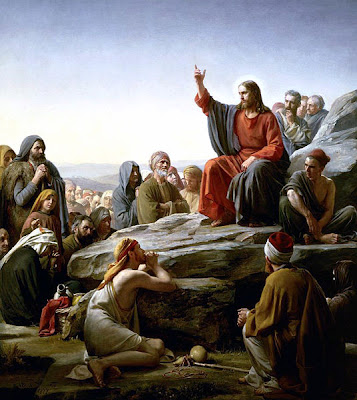 THIS IS A POST THAT’S LONG OVERDUE.  I simply want to share my experience; that doesn’t make it a prescription for anyone else.  I don’t have any idea what I am supposed to do until I’m in the middle of doing it, so I sure can’t know what’s right or wrong for anyone else.  Yet a lot of you have written me about the living of Nonduality on a day-to-day basis, and what you might be able do to awaken either initially or more deeply.  All I can do is share what I’ve done that’s apparently worked, and what I’m doing now.  I hope it helps.

I WAS HOT ON THE TRAIL of the Most Obvious Thing for twenty-five years before it showed itself.  I felt like Pooh and Piglet on the trail of a fabulous Woozle.  They’d found tracks underneath a tree, and between them they decided it must be a Woozle.  They followed the tracks for quite a long time.  First there were the tracks of one Woozle, then of two, and finally they seemed to be tracking a whole crowd of the beasts!  They kept spotting where the Woozles had been—the tracks in front of them grew more and more numerous.  Yet try as they might they could not even catch sight of the Woozle!  You could say that they were stuck in the second frame of the Zen ox-herding pictures.  They were (1) in the hunt, and they had (2) found the tracks, but they just couldn’t seem to get to (3) which is catching a real glimpse of it.  Sound familiar?

WELL, ALONG COMES AN OUTSIDER, one Mr. Christopher Robin, who has a completely different view.  He doesn’t just have a different viewpoint, he has an entirely different view.  Christopher Robin is up in the high branches of a tree from which he can clearly see that Pooh and Piglet are circling!  They are following their own footprints, and the more they track, the more difficult the journey becomes.  Christopher can see that his friends are not following Woozle footprints at all, and they can search until the end of time, but if they don’t change what they’re doing they are simply never going to Glimpse the Woozle.  This is not a personal judgment about Piglet and Pooh; it’s an entirely impersonal fact.  Being a good and kind fellow, as well as being In-the-Knowing, Christopher alerts his friends to their fundamental error.  The whole thing rather frightens Piglet, who runs off to safety.  Pooh stays behind to talk to Christopher, who climbs down out of the tree so that he can help his old friend figure things out.

“I have been Foolish and Deluded,” Pooh said, “and I am a Bear of No Brain at All.”

“You’re the Best Bear in All the World,” said Christopher Robin soothingly.

THE ANALOGY SHOULD BE CLEAR; I won’t belabor the point.  What I can tell you from my own experience is that I Woozle-hunted on my own for quite a while.  Through pure grace I caught a good glimpse of the Woozle and more.  And then I spent more than three and a half more years circling the tree anyway!  I can’t think of a better way to put it.  In January of 2010, now two years ago, I finally realized that yes, I could do this thing by myself.  Absolutely I could.  But not very well.  I finally went out looking for help.

I LUCKED INTO TALKING TO ADYASHANTI on the phone via his radio show a couple of times.  He gave me some really valuable help.  I then saw him in person in Asheville, where he may have mostly endured me, but he heard me, and a couple of weeks later he addressed via his radio show precisely what I needed to hear, but had so poorly approached.  One of the things about moving from spectator spirituality to active spirituality is that I put myself out in the open.  I was no longer safe, because I was no longer living in the make-believe world of my head, where everything I thought was right and pure and wise.  I quickly discovered that in the real world I was extremely vulnerable.  Frankly, I didn’t like that aspect of things, but as Adya always asked, “Are you more interested in truth or comfort?”  To my surprise I found out it was truth.

ADYA WAS A GREAT PLACE TO START, but it would’ve been a poor place for me to stay.  He can’t be my real hands-on teacher; he can’t be a real one-on-one mentor.  If he was local things might be different.  He’s not, and he’s already involved with many thousands of people. Thank God for the Internet.  Understand: I live in South Carolina, a state that is not known for progressive anything.  People here still spend time pondering the American Civil War (1861-1865) and reliving grievances; I swear to you that’s true.  I live in a little duplex in a rougher section of town.  I’m not well-to-do and I hate to travel.  I’m essentially a hermit who is fortunate enough to have found a female hermit to throw in with.  Nonetheless…

I WON’T PLAY NAME-DROP WITH YOU, but my email inbox would probably astound you on some days.  I say that because it astounds me on a regular basis.  Above and beyond all else, I am just a guy.  Not a special guy, not a wired guy, just a guy guy.  In the two years since I first reached out into the night to Adyashanti I have become friends with half a dozen of the sharpest teachers in Nonduality that Earth has to offer.  They kindly and generously mentor me.  Even accidentally they throw me bones I didn’t even know existed, and which I never would have found on my own.  I’m in consistent,sometimes quite regular, sometimes not, contact with all of them.  I’ve tried to help them where I could.  I’ve actually tried to be of service to them first.  That policy has served me well, so I pass it along with a gold star beside it.  What they have done for me is immeasurable.  I am still walking around the tree a bit, but I’m looking up at the sky, not down on the ground for imaginary Woozles.  Give an outsider with a removed view a chance.  They just might change your whole life.  They’ve certainly changed mine.

(This post is dedicated to Dr. Greg Goode, who is a being with deep wisdom, unbelievable patience, and an abiding love for this Way.)