Postcards from the Gone Road #1

Hello, everybody! This is the first of what I expect to be a series of short posts that’ll come when they come and stay on the front page for as long as they do. They’ll simply be relating the everyday experience that Betsy and I have as we walk the same path you’re walking. I’m going to keep them short, I hope. They are not going to be especially cosmic, but hopefully they’ll be helpful and/or illustrative in a practical sort of way.

I want to explore the subtle interplay of acceptance and action, or at least apparent action. How does awakeness manifest itself in the mundane aspects of life, and more pointedly, how does it contribute to flow? No one can predict the next moment, but it sure looks as if clarity can sometimes help us skillfully navigate the sticky issues of everyday life. But don’t depend on it! Flow has its own notions of when to cooperate and when not to.

This morning Betsy and I were talking about weight. I’m already 60 and Betsy will be by the end of the month. When you get to this place in life, you’ll find that putting on weight is simply the unit’s default position. You don’t have to eat more, it’ll just not process food in the same way it used to, and weight begins to accrue. Your metabolism slows, all that sort of thing. Middle age spread. Neither one of us have a serious problem with it, but neither one of us wants it. We’ve certainly done our share of calorie counting.

A few months ago–three? four?–we both noticed that we were heavier than we were comfortable with either mentally or physically. I’m not talking about active resistance to the weight we already were, but there was a little bell that rang in us suggesting that it was a situation that might bear a bit of attention.

Awareness, awakeness, the sense of being, whatever you want to call it, is expressing itself as everything-everywhere, the one-thing-only-thing, showing up as here-now. Within that sense of being, but not other than that, there is attention. Please don’t Nondual Police me; I’m speaking plainly here. Essentially attention is the tool by which awakeness notices itself. It’s not separate, but there is afeeling as if it is so. Notice your own attention right now and you’ll see what I’m talking about.

As part of the attention we shone on our weight, we talked about it, allowing additional light to play on the issue. We discussed possible health ramifications, and how our lives might be even more fun if there was a little less of each of us around to enjoy it! This is not a mystical sort of looking, just aconscious looking. Awakeness happens to be consciously operating through these two arisings. It sees only the truth, and when it does, anything false shows up like pig in a punchbowl.

The lie of, “I’m eating too much, but it doesn’t matter,” was clearly seen through by both of us. We didn’t even know that yet, but I can see it in reverse. As part of that reverse seeing I notice that Betsy joined a gym and that she went to work out when she went, but that it was not an everyday thing. It was not a practice. It simply happened spontaneously each time–even if it was on her calendar! She also noticed that she began to simply watch what she was eating. I don’t use the word “watch” in the sense of regulating; I use it in the sense of really watching, with honesty and openness. There was no calorie counting, no dark-night-of-the-soul: she just noticed what she ate and when she ate it.

I followed a somewhat different strategy, though I also began to notice what I ate and when I ate it. But early on, when hunger arose, I’d see if I could find an owner of the hunger. I found that when I asked myself if anyone owned the hunger, the answer was always no. When it’s clearly seen that there’s no owner associated with the thought of hunger (or any other), it often seems to just drop away of it’s own accord. The bubble keeps on bubbling up to the top and out of sight if nothing traps it below the surface. 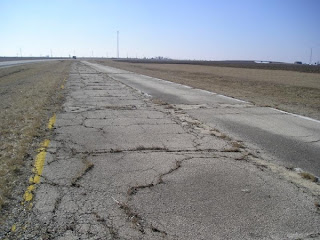 I used to work out with weights, and may again, but I notice I’m not doing it right now. Right now I’m writing a lot, and talking to a bunch of people on Skype (yes, most of whom are waking up) and tending to this fast-growing teaching practice I’ve fallen into. I tell myself I don’t have the time to work out, but the truth is I don’t have as much interest in working out as I do in teaching. I’m putting my attention on my work and not my body. At the moment that seems fairly prudent and reasonable.

This morning Betsy and I were standing in our kitchen talking, both of us glowing like a couple of branding irons, just so happy and alive–and thin, which is astounding because, other than noticing our eating habits and Betsy’s moderate exercise program, neither one of us has really done anything to lose weight. For seven days of the week we live at our desks for many hours of the day–nearly all of them in my case. Still, chair potatoes or not, we lost weight.

Betsy’s weight has dropped to a level where she hasn’t been in years. She’s pulling some smaller stuff out of the closet, and she looks like a million bucks and change. My wife does not look 60 years old or even close. My wife looks what she is–timeless. She still has to regularly fend off admiring men. If I didn’t already know her, I’d want to know her. I get it.

My weight has dropped–and stayed–at the lowest point it’s been since I was 35 or 40. And I’m not counting calories or doing without. I noticed that I pulled a pint of Ben & Jerry’s out of the freezer the other night, put chocolate and nuts on it, and ate the whole bowl. I didn’t feel bad about it, I thoroughly enjoyed it. It was great! No guilt, no shame, no worry. The body is always doing what it’s doing; it’s not actually my job to mentally mind it, or scold it. I didn’t crave another bowl the next day. A couple of days later, when I stepped on the scale I noticed I was still at 164 and small change. I must have exchanged those Ben and Jerry calories by not eating something else. I don’t know. I don’t remember. It wasn’t a decision.

I can’t tell you precisely what’s happening, but I can tell you that we’ve celebrated wherever weight we were at every moment, at every pound of the way, including where we were before this strange little program began itself. So, what are we doing and how are we doing it, all that great diet book stuff? I don’t know. Can’t tell you, don’t have a clue. Is it tied to living as awakeness? Absolutely. Everything these units do these days is “tied to awakeness”. These units are not other than awakeness. And much of the time they don’t function as if they are. They are living from their true nature, yet within the world. These bodies are windows, not walls.

I was as happy as a wet clam at 177 plus, and I’m tickled to death at 164. I do notice that my clothes fit better and that I’m generally more comfortable at this weight than I was at the former. My doctor would tell me it’s healthier. He might be right; I wouldn’t bother to argue with him, because I don’t know. I can’t know that this seemingly strange expression of clarity-at-play-in-the-world will last. I can’t know that it won’t. I don’t know much at all. I’m certainly not resistant to it lasting! By the same token, I’m not married to it staying. Come on bubbles, come on arisings! Have it it! I’m awake to all of you!

I am awakeness itself. So is Betsy. So are you.

Being Being: Experiencing Your True Nature What Is and What Isn’t