The Light of Knowing: Guest Teaching by Rupert Spira 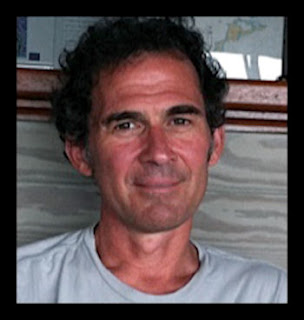 This is the first of a series of guest teachings I’ll be presenting in an effort to showcase current teachers and their work, and to bring the very best of Nonduality to readers of Awakening Clarity.  I will be reprinting short sections from the guests’ previously published work, which will give you the opportunity to see how well you resonate with them, as well as allowing you a broader glimpse into what’s happening in our community.

Rupert was kind enough to agree to let me reprint this short chapter from Presence: The Art of Teaching and Happiness, which is Volume 1 of the groundbreaking, two-book Presence set that Nonduality Press brought out in the fall.  In my opinion it covers the most essential teachings of Nonduality in about 700 words.  With the succinctness of an ancient Zen sermon, and stunning Advaitic clarity, it’s as fresh and powerful as anything I’ve ever read.  I recommend you read it more than once; there is deep wisdom here worth diving for.  As Greg Goode told me earlier this week,  “We read in a spiral.  Each time we circle back and re-read something, we see it from a more inclusive view.”
Rupert Spira is a major voice in Nonduality with a burgeoning following.  He was and is a lifetime student of Eastern spirituality.  Rupert studied varying teachers and traditions for two decades, especially classical Advaita Vedanta, and later began exploring the nature of reality with the guidance and friendship of Francis Lucille, who in turn studied with Jean Klein, the best known Western proponent of Sri Atmananda Krishna Menon’s teaching in the Twentieth Century.  Rupert first brought his teaching public in 2008, with The Transparency of Being.  That book–a critical success as well as being enthusiastically embraced by spiritual adherents–shot the author to the upper tier of Nondual authors and retreat teachers.  The Presence books solidify his place as a major voice for our age.

Rupert has been quite kind to me personally, as well as generous in his support for Awakening Clarity.  I am blessed to count him as both friend and mentor.  Just as an aside, in a remarkable display of cosmic unity, Jerry Katz featured Rupert in today’s issue of Nonduality Highlights, of which my review of the Presence books was a significant part.  Neither one of us had any (consciously known) clue what the other was doing anything today.  Go figure.

The Light of Knowing

Q: You repeatedly say that awareness knows the objects of the body, mind and world.  You also say that awareness does not know objects, selves, entities, others or the world.  How do we reconcile these seemingly contradictory statements?

The suggestion that awareness knows objects is a halfway understanding that relieves us of the belief that the body/mind is an independent entity in its own right, with its own capacity to think, feel and perceive.  Once this formulation has done its job of uprooting the previous belief in the separate existence of a subject and object, it can be abandoned in favour of the deeper understanding that objects, as such, are never truly known.

In time, of course, this new understanding also has to be abandoned and we find ourselves shining at the heart of experience simply unable to move away from it into the abstract symbols of thought that conceive of selves, entities, objects, others and the world.

So these two statements are not contradictory; the latter is simply an extension and a refinement of the former.

Imagine that the sun’s light could see as well as illumine.

In other words, although objects are illumined, seen or known only by the moon–they are not seen or known by the sun–it is, at the same time, the sun’s light with which they are seen.

Likewise, awareness does not know objects.  It simply shines in its own emptiness, knowing only itself.  At the same time, the light or the “knowing” with which the mind seems to know objects belongs to awareness alone.

And just as objects at night require the presence of the moon to be seen or known, so the apparent objects of the waking state require the presence of the mind in order to be visible.
Even though it is the moon alone that sees or knows objects at night–the sun never comes into contact with the objects themselves–nevertheless it is only the sun’s light that is truly seen and only the sun that sees.

However, the moon’s point of view is an illusory one.  The light with which the moon views or sees the world is not its own.  Even when the moon seems to be seeing, knowing or illuminating objects, it never is.  It is always only the sun’s light.

When the knowingness of awareness is refracted through the mind it appears as objects, just as when the sun’s light is reflected off the moon, objects are seen.

However, we can go further.  What is that sees the moon?  The sun?  No!  The sun only knows or sees its own light.  What is it that knows the mind?  Awareness?  No, awareness only knows itself.


Awareness knows no such thing.  It only knows itself.  That is pure peace.

To view or buy Presence, The Art of Peace and Happiness (Volume I), on Amazon
http://tinyurl.com/7rka4sk

To view or buy Presence, The Intimacy of All Experience (Volume II) on Amazon
http://tinyurl.com/865a6op

To watch a series of fine interviews with Rupert on Conscious TV (search the Programme Directory)
http://www.conscious.tv/consciousness.html

[If you have published a book and would like to be considered for a Guest Teacher spot, please get in touch.  Fred]
Please note the return of The Nondual Diary, which you can access just atop the Buddha.  I’m updating that section regularly, so if you normally catch AC either by mobile or subscriber email, it might warrant your checking in to the main site from time to time.

Sri Atmananda Krishna Menon and the Direct Path Consciousness Is All: Guest Teaching by Peter Dziuban