The Path of Persistence 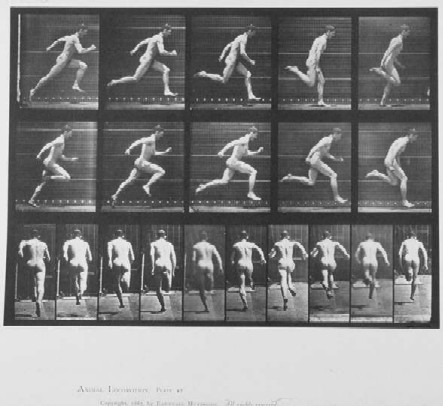 Welcome! Thank you for joining us today. I often write about my experience with clients and students, because it’s always fresh, always relevant, and it’s what’s happening out in the field right now. After all, there’s only thing going on, so if we look closely we can always find ourselves in these so-called “others.” I want to share a story with you that’s come about in the last few days. I think it’s a real inspiration for us in our quest to “keep the most important thing the most important thing” in both pre and post awakening.

I recently had an Awakening Session with BC Amaresh in Bangalore, India. He had written me a couple of times before. He wanted a session in the worst way but couldn’t afford it.  I suggested he buy The Book of Undoing, and download Awakening Clarity: A Spiritual Sampler for free and work with those.

This website is free, my talks are offered free, and I try to keep my books cheap, but since I teach full time for a living, somewhere there has to be some money to support all of these activities and my family. My session work underwrites everything else that I do, and the fees are not negotiable.

I heard from Amaresh another time or two, during which, among other things, I recommended he try some less expensive teachers. However, as fate would have it, he had his heart set on talking to me. I was surprised when a couple of weeks ago I got an email stating that he had gotten the money together, and he was ready to wake up.  Did I have an opening the next day? I did.

It cost Amaresh roughly half a month’s salary to talk to me. This, my friends, is sincerity in action! This is a guy who is serious. And even getting the money together, the way was not easy.  He spent two hours online working with his new PayPal account trying to send me the money in a couple of different ways, but they wouldn’t release an amount that large through an unverified account.

Amaresh kept me updated throughout the day until we finally called it a failure. I told him not to worry, but to simply write me again when he was ready. We would, of course, have to do it on another day—the next day was clearly not in the cards. Or so I thought.

Amaresh still did not give up. At midnight that night I got a $1 PayPal from a friend of his. I wrote to say it had come through, and the remainder of the money was sent immediately. We were on for the next morning after all! I told him that night that I was mightily impressed with his dedication and persistence, and that I seriously doubted I’d have much trouble waking up.

On that part, I was right. To his wonderment and mine—I never “get used to” another person waking up in my presence—he woke up fairly easily, but our time together was almost over when it happened. I figured that further Clarity Sessions would surely be out of his reach financially, so I decided to essentially gift him one. I wanted to leave him with at least some orientation within awakeness, lest he fall back into reseeking.

So we talked for three hours instead of two. Once again, he followed everything with ease: this was a ripe fruit! When we closed our conversation, he was full of gratitude and respect. “A library full of books could not have done for me what you have done today,” he said.

Frankly, I was relieved he’d woken up. I’d figured he would, most do, but you never know. He had bet so much, and tried so hard, and wanted Truth so badly, that I very much wanted it for him. And hallelujah, he got it.

It was such a beautiful story with such a happy ending—I thought it was ended–that I sent an email sharing the details to my wife Betsy who was at work, and my business adviser and true-blue friend, Sharon Dejarlais down in Florida. Of course they were both deeply moved.

Later that same day I had a Clarity Session with a long-term student who was experiencing some problems.  I was concerned, because he was showing all the signs of addiction to the “spiritual experience” part of awakening, meaning the titillating bang of Self-recognition had become a drug he wanted to do over and over. This is not uncommon, but it’s quite a bad habit for a person to form. It can leave them in a dry place that it’s hard to get them out of—if you can. Our community is full of spiritual addicts—I know, because I was one myself for quite a while.

(I have a video on this phenomenon.)

I suggested to my student that if he was ever going to stabilize within awakeness, he going to have to do some serious spiritual growing up. Spiritual maturity is required if one is to move toward abidance and embodiment. I don’t always tell people what they want to hear, but I always tell them what I feel they need to hear.  I have to love clients more than I want them to like me, and more than I want them to come back for another session.

My friend took the truth well, as he always does, and came back to relative brightness as we talked. I gave him a taste of it, but not enough to really ring his bells, and give the addict more ammunition.  Later I sent him two emails. The first one said, “Why do I keep hitting myself on the head with a hammer?” Because it feels so good when I stop. I really wanted him to see the utter insanity of this addiction.

Waking up is easy. Clearing can be a bitch.

The second email I sent him was the story of Amaresh; I wanted him to see that kind of motivation to move forward. A few days later my American student sent me an email saying that he’d like to buy his fellow student a Clarity Session. My foreign friend is thrilled, and we’ll be meeting again on Sunday.

Note the quick arising of spiritual maturity in my American student’s action. This came because he did not defend himself. He put on the charges I leveled at him, and he was willing to see that they fit. Oops! He did not have to be told twice.

Instead of hounding Reality for yet another one of those “blissful, drug-like, awakening experiences,” he instead put his focus on moving forward. Looking beyond his own ego’s kicking and whining, he focused instead on helping someone else get clear. That’s one way that we get clear.

This same guy wrote me another note later that day asking me which book I would recommend he buy for a friend of his who was beginning to ask questions like, “What is Nonduality all about?” We all asked the same elementary questions at some point, and we all know where they led us. So, here again, my student is already actively taking a part in facilitating awakening and clearing in others, while simultaneously turning away from extreme self-involvement.

That, my friends, is Conscious Awakeness at work. Conscious Awakeness is always happy to help unconscious awakeness recognize itself. After all, there’s only one thing going on.  When we start to live this thing, and not just talk about it—to live and act as if the truths we are taught are really true, and not merely some esoteric philosophy that’s given our egos a new way to spin stories, then real change can occur, and swiftly.

Notice how after Amaresh heavily committed in a measureable way to his practice the universe stepped in and doubled what his money returned. When we change where we’re looking from, the things we look at change. Once we adopt Life as our teacher, we find our lessons everywhere. Life will quite literally meet us at whichever level we choose to view it from. Once you really get a handle on the dream nature of the world, it’s easy to see just how malleable things really are.

So, what we have here is a lesson in earnestness by two people. Just like Amaresh, once I committed to write this article, Life doubled what my efforts brought me. Funny how that works. Be well.