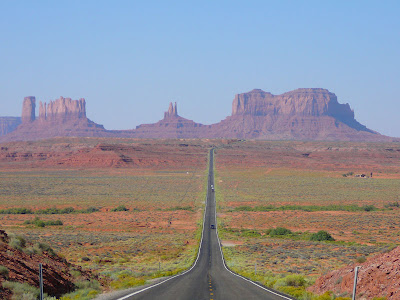 CHRISTMAS 2011 IS NOW A STORY of past instead of a story of future.  That’s absolutely fine with me.  The present story is that I have not gained much if any weight, and I am not in debt over it.  I was gifted some nice clothes so that this body can twit about in reasonable style, if only so that my wife shines more brightly on my arm.  Everything is put away, the house and my schedule are both back in order, and we are that much closer to students returning to school–which should put me to work again.  Today has been nice; just me and the cats, with no appointments, chores, or agenda.  Gus and Betsy are at her little house-office, working, which is four miles away.  From the vantage point of my second story window, the rest of the world appears to be napping.

SO, IN A SMALL, DEFINED SORT OF WAY, I have caught up on my reading.  I read a beautifully honest interview with Francis Lucille, whom I respect as much as I do anyone on our planet, and another with Mooji, whose humility and authenticity come through every word on the page.  I also read a short reprint of an Arthur Osborne article on Ramana and inquiry.  These were things I had printed up and laid aside for a rainy day.  Today’s that day, even though it’s not raining.  It’s coolish here, however, so my mind is happy to fill in the rest of the seasonally appropriate weather story.

WITH CATS UP AND DOWN FROM MY LAP, I did my ritual readings from four daily books–the entire current bunch coming from the Taoist tradition.  I like Taoism very much.  If you stay away from the scholarly stuff, which is quite easy for me to do, you are left with a gentle simplicity and a deep connection to nature.  It does not go to a lot of work establishing the neutrality of things in the way that Advaita does.  It assumes it; and carries you downstream straight from the assumption.  It rarely explains anything outright; it teaches a lot by story and example.  It is about the true experiencing of the Tao in daily life, which is where a lot of Nonduality trips up.

JUST TO INTRODUCE A YANG TO THAT YIN, I guess, I then switched over to Rupert Spira’s magnificent Presence, and then read from his teacher’s equally wonderful book.  That book is Eternity Now, by Francis Lucille.  They both grew from the Advaita Vedanta line, but they seem to put more heart into it than most authors, and thus they pull more heart out of it.  If you can’t tell let me state outright that I’m in love with both of them.  I ate freshly baked cake while I read, compliments of my mother-in-law, who just may be the best cook on the planet.  I’m sorry I can’t share that with you, but if only one of us can have it, then better me than thee, says ego!  If I can squeeze it in after this post and a shower, I’ll pick up Deng Ming-Dao’s excellent edition of the I Ching.  I’ve studied the I Ching off and on (mostly off) for thirty years.  It is endlessly fascinating, and this book takes you into the core of it.  I may also read briefly from the Philosophy Book, which I recently reviewed for Amazon.  It’s a bit of a break from the others, but the rewards are there for the industrious student.  It’s wonderful to read for reading’s sake, and for seeking fuel.

IT’S BEEN A WHILE SINCE I’VE MENTIONED my bouts of homelessness, so I’ll catch new readers up to date.  I’ve spent a lot of time as a homeless person in my life–nine stints of it, is my conservative tally.  As I used to say in my talks at recovery centers and meetings, if you’ve been homeless nine times, then that’s not luck–it’s skill.  I was an expert at giving up all my stuff and landing myself in dire circumstances.  It’s a really dubious ability.  Those years were due to a mix of a rocky home life, general immaturity, and mental instability.  That charming baseline was further exacerbated by thirty-five years of practicing alcoholism.  On big holidays, it’s easy to remember where I was at other times, recall just how hard it was, and wonder at how–absolutely miraculously–that journey appears to have come to an end about twelve years ago.  Interesting enough, that’s when this journey picked up speed again after a lengthy nap.  Eighteen months into it I met Betsy, who is as much or more my savior than any recovery program, I promise you that.  I don’t have to plumb the depths of my being searching for gratitude.  It’s right on or just under the surface–always.  I am neither alone, nor sleeping outside.  I’m easy to please these days.

Thank you for your precious attention.