The Nondual Diary: Giving Up On Social Networking 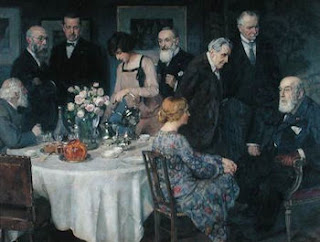 I’D NEVER BELONGED TO ANY TYPE of digital social networking.  I’d never missed it, never yearned for it.  This past month, however, I fell into joining both Twitter and Linked-in.  I didn’t think it would do me any harm to learn a little about digital networking, and I thought it might serve to promote Awakening Clarity.  There’s that ugly “promoting Awakening Clarity” popping back up again.  Ego has a hard time giving up on any venture that might shine it up, but I’m catching this stuff pretty quickly, so I’m happy about that.

Anyway, I did indeed learn something about networking.  I learned it’s not for me.  I just closed both accounts.

I’m not going to go into a rant about why flesh and blood humans shouldn’t be caught up in emails and text messages.  Clearly we should be, because we are.  It’s all part of What Is and it’s just fine.  For you.  What I discovered was that this flesh and blood human shouldn’t be caught up in emails and text messages, because they were blowing the hell out of my beautiful, quiet solitude that I worked so many years to cultivate and allow.  Along those same lines, I deactivated the email Push feature of my iPhone.  If I want an email, I’ll ask my phone for it, but I don’t want my physical life interrupted by digital demands.  That’s my head crowding my body, and that’s unacceptable. If I’m sitting at my PC, then I’m fair game.  If I’m not, I’m not.

I also learned something about Awakening Clarity.  I’m willing to spend some time writing it.  It’s not “my time” anyway; I’m very clear on that.  But I’m no longer willing to actively promote it.  If IT wants you to read what we can loosely refer to as Fred’s words, then IT is just going to have to lead you to them.  It’s not my job to hail a cab for you, or to teach you to read so that you bump into them.  So, here you go, take it or leave it, find it or forget it, whatever happens happens.  I already know that IT is in agreement with that, because that’s what’s already happened.  It doesn’t get any clearer than that.

Twitter taught me more about the spiritual marketplace in 30 days than general Internet access had in fifteen years.  Frankly, it’s pretty nauseating.  There are more scams and hams out there than I could have imagined.  I don’t want to be a part of it, I really don’t.  I don’t think anyone needs to read anything I’ve written unless they do.  I am a lot more interested in living quietly than I am in standing in the fast lane loudly promoting how and why YOU should live quietly.  I don’t actually have an opinion about how you should live your life.  I’m content for God to run you through you.  If She needs to run you through me, She’s going to have to be mighty damn clear about it, or She’s going to find a very balky mule here.

FredDavis7, social networker, is over and OUT.