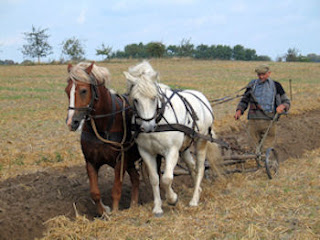 WHEN I FIRST STARTED GETTING SOBER, back in the spring of 2000, I made the conscious decision to devote my life to the pursuit of a deeper spirituality and material consequences be damned.  Now, it can be noticed that I was single and beholding to no one on the planet but myself.  It can also be said that I was already so low that I had nowhere to go but up.  And it can further be stated that my failures were so profound that they couldn’t be missed or mistaken, even by a damn fool like me.

All of that is true.  But if we are going to note those facts, then we need to also note that I had been in a virtually identical situation many times before in my life.  In every single one of them, when the evidence of my personal failure was just as clear, and the wounds just as deep or deeper, I had always opted to throw in with the first vehicle that appeared to be headed toward a tunnel that had Material Life Reclamation Lane chiseled above it.  Driving full-speed-ahead in that lane would work, sometimes very well, and then, inevitably my situation would deteriorate, then crash and burn into ash and pain again.

Materialism absolutely worked for me until it absolutely didn’t, and the didn’t parts became so frequent and so painful that I eventually even I had to open myself up to change.  Sadly enough, I had been in no hurry to do it.  I have been homeless NINE times in my life.  An idiot rat with a learning disability could have figured out how to run my life better faster than I did.

The amazing news here is that I found out that how to run my life was to let it go.  The salient points of my situation in 2000 certainly direct our attention to the extreme nature of my situation, but that is all smoke and mirrors.  They do nothing to preclude the value of my overriding intent.  That is what mattered.  Many a spiritual teacher has spent many an hour talking about the value of intent.  It is your most powerful force toward the cultivation of conscious enlightenment, and waking up is the most powerful force in “getting your life in order”.

For me, back in 2000, even though I’d been chasing it for years, I didn’t care much about enlightenment.  All I really cared about right then was stopping the bleeding.  My life was a train wreck.  I was broke, divorced, humiliated, and ruined.  My mind was a ball of crazy, howling, circular pain.  I wanted out, and I was too scared to put a bullet in my mouth.  Let me say that I do know what the barrel of a gun tastes like.  I did go there.  But that was the one bitter trigger I left unpulled.

In my case, as I embraced a completely new way of life based on honesty, humility and service, I stayed dirt poor for the first 3 ½ years of my sobriety.  Overall I was fine with that.  I wished it was different, but I had the best girlfriend in town (now my wife, Betsy), I was becoming respected in the somewhat underground recovery community, and I noticed I had adjustable weather.  This was core gratitude. When it was hot, I could turn down the air conditioner.  When it was cold, I could fire up the heat.  I’d never once had such luxury as a no-account hobo, and I spent more time than you might imagine as a no-account hobo.

I hit some major nightmares along the way, which I have alluded to in this diary before.  I spent some time in jail.  I was arrested while I was sober and being a good guy for stuff I’d done when I wasn’t sober and wasn’t being a good guy.  Seemed crazy, but who was I to say God was getting it wrong?  Who, at core, was first at fault?  Me.  Such is karma.  Now I can say that I’m glad to have had the opportunity to examine and straighten out so much unconscious living, either directly or by proxy, through conscious eyes.

So a lot of the time I didn’t get what I wanted, but throughout all the days of poverty and terror and woe, my overall commitment to a spiritual orientation never blinked. Life stripped me raw, it really did.  And somehow, I don’t really know where it came from, I kept on surrendering.  “This, too,” Byron Katie would say.  We have to surrender to “this, too”, always, always “this, too”.  And I did.

I understand that viewed from an Absolute position, I did nothing.  It just happened.  There is no direct relationship between my surrendering and this current seeing I live in.  Such is paradox.  But Life is large and mysterious and I have to think that there is some indirect relationship.  This current seeing would not be happening had not a pathway of surrender been walked, or such is my story.  I can’t really know what’s true.  That’s my best guess.  It’s my story and I’m sticking to it.

Let me cut to the chase here.  What I have seen is that as I truly, truly, truly devoted my life to service and spirituality is that Life has opened up to allow me to spend more time in service and spirituality and less time in self-maintenance.  I still work hard upon occasion.  But I used to work hard all the time.  I still work long upon occasion.  But I used to work long every day.  I now work less hard and less long and earn more than I used to.  I counsel old friends in my living room.  I answer emails.  I write, tweak and maintain Awakening Clarity, which takes more time than you can imagine.   I spend more time with my pets, I feed squirrels and birds (and rats!) and tend a garden.  I’m doing just a little better than “getting by”, but I’m very happy in this simple life.

I spend the great bulk of most of my days in solitude and silence.  The Tao can push me with the slightest breeze now; it doesn’t have to slap me on the head with a two by four.  I’m not doing any of this.  This is what’s going on.  It’s all happening spontaneously, and generally there’s no “me” to get in the way of the Way.  It is unfathomably wonderful.  It’s not fireworks; I’ve been there and done that, and that has nothing to do with awakened living.

Awakened living is often small, often subtle.  But it’s always gorgeous.  The smallest things take our breath away.  I say “our”, because my wife Betsy is right there with me, though she works in an office and keeps a different schedule.  I’m a night owl and she’s an early bird, but we have enough common hours for a constant miracle to unfold around us.

So, what about your life?  How do you get your life in order?  Let it go.  Let it go!  Let Tao do what Tao does.  Then you get to do nothing.  It is a glorious nothing.