The Nondual Diary: How come I can’t stay THERE? (Part II of II) 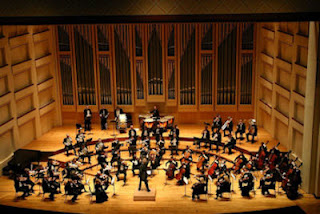 THIS IS THE CONCLUSION of a two-part essay that addresses, as Part I stated, “A phenomenon that arises in post-realization that I will call Second Movement.  That’s my label for the rubber band of ego snapping itself back into place after True Seeing, whether it was a glimpse or a more sustained experience.  Having witnessed the causeless, spontaneous, present-only nature of the universe; after clearly seeing that nothing is random and that everything is already done; after knowing that everything is already fine; ego nonetheless set me up once again as the conductor. “   This is the seeker’s newdilemma.

The questions, “How come I can’t stay there?” or “How come I can’t get back there?” arise from a central misunderstanding.  This misunderstanding is not easily overcome; it takes an intuitive leap that does not cross a gap, but rather it is a mental leap of sorts which allows thinking to fall into a gap.  The “I” that we’re referring to here is the false, individual “I” that each ego believes itself to be. The “there” that we’re referring to here is what ego believes to be “enlightenment”.

There is just One, and you are it, and you are always already “there”, which is in fact, right here.  This is true if you are a newly minted seeker who just stumbled onto this web page by accident and are wondering what on earth is going on.  This is true if you have been on the path twenty years, but have not had authentic seeing.  It is also true if you were a seeker, and then you were–either briefly, or perhaps for a prolonged period–were a “finder”, and now find yourself back among the ranks of seekers.   This is always and already true.  That “always and already” of which I speak, includes this moment, which you are likely trying to exclude.  You, the organism, are not an exception.  You, the organism-as-separate-personality simply are not.

This has nothing to do with the organism you think you are, but everything to do with the present awareness, the sense of being, the pure feeling of aliveness that is reading this page. You may feel something of a little smile inside when you read that.  It’s because You know.  And You know that I know. The jig is up, yet denial continues. That awareness, that sense, that pure feeling is You.  The organism you’re identified with is an object, just like a robin, or a hammer or an oak tree.  In the absence of awareness, none of those objects, including the one reading this, can exist.

The journey from normal understanding to enlightened understanding registers “zero distance” on the cosmic odometer.  Suddenly it is seen that there is just What Is, just as it is.  When you clear the air (which is actually already clear) of completely imagined “what isn’t” you are left with Reality.  You are left alone.  You are left with Yourself and nothing else, because there is nothing else.  Thus it is patently impossible for a fictitious entity to somehow get back to a fictitious elsewhere.  What you have with this question of “How do I get back there?” is, in fact, the perfect endless loop.  This loop allows for perpetual seeking ever after there has been True Seeing.  Ego loves this; it’s the perfect, unshakable, unbreakable trap.  Until it isn’t.

We cannot work our way out of this loop, which is the tendency for devoted practitioners.    We cannot think our way out of it, which is the preferred method for devoted intellectuals. We can onlyrelax our way out of it.  We are back to courting Grace.  All we can do is nothing, and of course, “we” can’t even do that!  There is not even anyone who can surrender, so when I use that term—which I am particularly fond of—what I’m doing is using words to take us as far in the correct direction as they will take us, but ultimately words must be abandoned.  It’s completely counter-intuitive; it’s too easy. It’s impossible to document.  Let’s look at it anyway.

The Bhagavad Gita tells us just how the game of life is to be played.  We do our best, give our finest effort, and leave the results to God.  In the case of falling off of the wheel of seeking, we do just the same.  We do the practices we’re drawn to.  Let’s understand something.  Making a conscious decision to not do practices in order to achieve enlightenment is in itself a practice.  Other than the rare case of simply being struck out of the blue—I wouldn’t bet my happiness on that occurrence—there is going to be some kind of practice involved in seeking, even if it’s reading books or going to see teachers who both harp on not doing practices.

I can remember when the true-but-not-entirely-true notion that “There’s nothing to do and no one to do it,” hit me.  I was dumbfounded.  For years I’d spent all my time and money on reading books, sitting meditation, doing japa, and inquiry, whatever I thought would do the trick.  Suddenly I “realized” that it was all to no avail.  So I decided to give up on it.  The character, the personality, was still exercising volition.  It was as doomed to failure as fussing at the moon.

As I’ve said before, I can only suggest what worked for me.  I can’t know it’ll work for you.  Try it and see.  But I recommend coming out of oscillation the same way the Bhagavad Gita suggests we live. Because, again, you just can’t fool God.  Court Grace. Give it your best, but simultaneously try your best to expect nothing in return.  Be resigned to whatever results come your way.  I’ve listed two practices in the Recommended (Non) Practices block here on Awakening Clarity.  I will toss in one more that I know can be a good one for falling off the final (unless it’s not) wheel.

Non-meditation is just sitting quietly.  It’s not sitting for a purpose.  Special clothing or pillows are not really recommended.  If you have such stuff and want to use it, okay, but don’t use them because they’re special, use them because not using them would be too much of a conscious manipulation. You don’t need to prepare yourself.  Any state of mind will do, and you’re not out to try reach any other special state of mind.  Just sit.  Eyes open, eyes closed; hands open, hands closed; it doesn’t matter.  Leave everything you know about meditation outside the room.  Just sit.  Relax.  Do nothing else.  Expect nothing else.  Don’t even wait.  Just sit.

Basically this is the five or ten or twenty minute version of Awareness Practice, which I’ve detailed in the Recommended (Non) Practices section of AC.  Most importantly, be willing to give up your candy. Be willing to have a realization that doesn’t come with lights and angels.  If you get that, you get that, and it’s all well and good, but none of that has anything whatsoever to do with enlightenment, and in fact, most of the time that stuff is sort of samsara’s last gasp effort at keeping us in confusion.  If it can keep us roped to spiritual candy, it can keep us roped to illusion.