The Nondual Diary: Just as I (REALLY) Am 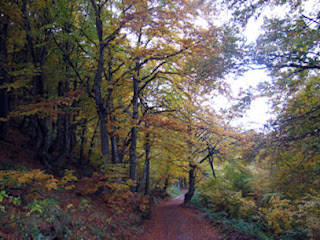 I TAKE AN ANTIDEPRESSANT.  I just restarted taking it yesterday after a two or three month hiatus.  I feel better, isn’t that nice?

If that bit of information negates anything that’s said elsewhere on this site for you, then that’s 100% your business.  Think as you will; you’re going to anyway.  I take your beliefs, opinions and positions (BOPs) just as seriously as I take my own: I don’t pay much attention to either set.  Yours aren’t yours and mine aren’t mine anyway.  They just arise in both of us.  My remaining free is always contingent upon my continually allowing you to be free.  So, given that I don’t care what either one of us thinks about my taking an antidepressant, and that you’re always free to be who you are and do what you do, I’ve nothing to lose.  So let’s talk about this spiritually taboo subject just a bit.

A little human history is in order, especially for newer readers.  I’m working with a pretty marginal unit here.  This particular body-mind has proven its utter powerlessness over alcohol to my completesatisfaction.  I need never take another drink just to see if anything’s changed.  It hasn’t; it won’t.  I’ve been sober 11 ½ years.  But before, after and beyond alcoholism this unit has a history of mental instability.  I don’t mean I’m crazy or anything, I’m just admitting that I’ve sought counseling and other mental health services several times over the course of my life.  Given the inherent frailty of this body-mind, however, if anything at all, I’ve under-done it, not overdone it.

I am speaking from the relative view here, of course.  I’m keenly aware of the paradoxes.  Let’s just speak freely, okay?

Along comes spirituality.  If you listen to some sources, they’ll tell you that given the right dose of spirituality, you won’t need to discover the right dose of Wellbutrin.  They may be right; I don’t know.  I can tell you that such is not my experience, and my honest, raw, experience is what this diary is all about.  I’ve talked to my spiritual teacher about this theory of spirituality replacing pharmaceuticals.  He has an opinion; you can get it from him yourself.  I haven’t troubled my psychiatrist with this theory, because I don’t need to see her eyes roll or her pencil start scrawling.  Ultimately, this is my call; all of us agree on that.

My depression, when it’s present, is not profound.  But it is unpleasant as hell.  I wouldn’t shoot myself if I didn’t have Wellbutrin, but the quality of my life would not be as high as it is.  Equally as important, the quality of my wife’s life and my pets’ lives would not be as high as they are.  I actually don’t have the right to act anyway I like; it’s not my world.  My world is the dream.  I have compassion toward my family.  I have compassion in regard to my relative self, just exactly as it really is.  So I take an antidepressant, without any penalty—including any spiritual penalty—and everyone lives a little lighter, a little happier.  Why on earth would I not do it?

If the idea has occurred to you that one cannot simultaneously be consciously awake and have a body that’s taking an anti-depressant, it’s one that I also held to be true for a while.  You are welcome to continue to hold it.  However, that make-believe notion now goes against my actual experience, so I have to assume that instead of Truth, that either-or notion was actually a BOP in a Truth disguise.  The BOPness of that view is now clear to me.  Everything that I’ve ever seen to be Truth is inclusive, never exclusive.  Exclusivity is purely of the dream.  It is separation itself.  If there’s just One, where does exclusivity stand?

Reality could give a damn less about Wellbutrin.  Take it, don’t take.  Be happy, be sad.  Reality is perfectly accepting either way.   How do we know?  People go both ways.  The idea that “God wants me to be happy” is patently absurd.  There is no personal agenda whatsoever anywhere in the universe. At least not that I’ve seen.  If there’s just One, where is the room for any personal agenda?  What has been seen here is, I think, a fair indicator of what is happening elsewhere in the Great Astronomical Beyond.  Whatever’s happening is whatever’s happening, and it’s happening spontaneously for its own reasons, or lack of reasons.  It IS; we know that.  The only other thing we can be sure about is that it’s not about Fred.

How do we know?  Because we know that “Fred” only exists within the dream.  Fredness exists in the universe; it surely does.  Fredness likes some things and doesn’t like others.  It believes in some things and not others.  That’s Fredness.  It is a dividing verbness, do you see that?  There’s plenty of Fredness, trust me.  But there is no “Fred” that actually exists, so it’s a sure thing there is no divine agenda carved out for this illusory entity.