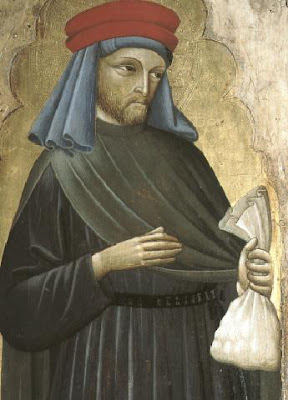 I AM WORKING OFF AND ON WITH SEVERAL PEOPLE RIGHT NOW, all of them in different stages of awakening to the obvious and self-evident truth of this What Is that they already are.  Theirconscious awareness runs the gamut from the first hint of a blush, to on-again-off-again-I-got-it-I-lost-it oscillation, and everywhere in between.  Their common current barrier to the Gateless Gate, whether it is to an initial opening, or well on down the line, is ultimately control.  I get that completely.  And it’s just fine.  Let’s simply be candid about it.  What most people want—at nearly every theoretical level of awakeness–is control of the dream.  How could we not?  That last step—which is really just that nextstep—is not actually ours to take, thus this essay is not about getting you to do anything to enhance your spiritual journey.  It’s about noticing that there is neither a “you”, nor a “your spiritual journey”.

REGARDLESS OF APPEARANCES, Self-realization is not the result of direct causation of any practices or austerities utilized by the appealing body-mind.  Granted, there may be years of assorted physical or mental practices, stacks of books that are read and reread, calls, letters, emails, or visits to teachers, Dark Nights of the Soul, foods given up, foods taken on, whatever.  God can dream anyway She wants to, and She’ll dream you just as She wishes.  If you are to have an awakening via apparent process, that’s the way it’ll play out within the dream.  If you are to have an apparent first-and-only WOW moment, that’s the way it’ll show up.  If the ‘pretend-you’ is not to ‘pretend-awaken’ at all, there’s nothing you can actually do to prevent that non-event from not occurring.

BUT IF WE TAKE A HARD LOOK at the long-used term “Self-realization”, we will notice that there’s nothing in there about doing, or growth, practices, austerities, nothing.  There’s no atmosphere we need to create.  There’s no time that’s going to be just right for it.  There is no set of circumstances that are going to be safe or unsafe.  Here is a definition of “realize” that I just cleverly lifted from an online dictionary:

re·al·ize 1. (when tr, may take a clause as object) to become conscious or aware of (something).

LOOK AT THAT!  What is that definition requiring “the one who realizes” to do?  Notice what’s already here.  And what else?  There is no what else.  There is only This.  And realizing that “this is it” is all the very definition of the word says a “realizer” has to do.  If you’ve got a thousand dollars in your pocket, but you’ve forgotten about it, you are welcome to go on begging for nickels so that you can scrape up enough to buy a loaf of bread.  Ask enough people and you’ll surely end up with enough money to buy bread.  Another plan, however, would be, upon simple realization that you already have more than enough, would be to march into the store, fill your basket with all of the very best bread you wanted, pay for it, and still leave the store loaded.

YOU NEVER HAD TO ASK ANYONE why you didn’t have money to begin with, or why people are so stingy when you ask them for nickels.  “Stingy”, of course, is the term I use to denigrate others when they’re not giving me what I want.  If truth be known, you never had to bum a nickel, and you never had to worry about whether you would or would not get the money to buy bread.  You already had everything you needed.  The only thing that kept you from seeing that was the fact that you were scared to look in your wallet.

ON ONE SIDE IS THE FEAR OF FINDING IT EMPTY.  While nothing at all about your true situation would have changed, you might yet find yourself getting depressed, because now you’re faced with the sure-fire truth of genuinely having nothing. That knowledge kills the ability to foster the illusion that you might have secretly been rescued by some genii in the past.  We don’t like giving up our illusion of the past, or our clinging to secret benefactors or miracles.  We treasure these, because they allow us to tell stories that lead into a sort of alternative present, and off to the imagined future.

ON THE OTHER SIDE LIES THE FEAR OF FINDING IT FULL. While nothing at all about your true situation would have changed, you might find yourself getting depressed, because now you’re faced with with the sure-fire truth of genuinely having plenty.  That knowledge kills the ability to foster the illusion that you might be secretly rescued by some miracle in the future.  We don’t like giving up our illusions of the future, and how the next moment, year, decade, whatever, is going to be better than this one, regardless of how good and pleasurable, or dour and dire this one might be.  Usually our future is going to allow us to finally make sense of our past and this present.

EITHER WAY, WALLET EMPTY OR FULL, once you find out where you really are, you’re then hung with whatever your life situation is right now, just as it is.

LET’S GET BACK TO THE ISSUE OF CONTROL. Just to go ahead and break the spell, the divine hyponosis, so to speak, allow me say here that you are already devoid of control.  There is no entityeither over here or over there to have control.  The dream is a dream You have dreamed up to entertain Yourself, and I have to say, “Well done, Old Boy!”  You’ve done a hell of fine job with it.  I have a quote that I keep within sight of my computer.  It reads:

ALL RAMANA IS SAYING is that things already are as they are.  They were the way they were.  They will be the way they will be.  An old Zen saying tells us, “In the spring, the grass grows by itself.”  It doesn’t need your help.  Neither can you stop it.  The grass is out of your control.  And the rain.  And your heartbeat, or lack of one.  And what’s in your wallet.  And who likes you, or doesn’t like you.  Realization is not the result of your surrendering your precious control of these things in some grand gesture of sacrifice.  It is simply a continuous acknowledging that “your” control has been an illusion all along.

SURRENDER IS NOT AN ACT.  IT’S A NOTICING.  It’s telling Yourself the truth about Truth. If you don’t give up what you already don’t have, You can’t find what You already do have.

First, let me welcome Ireland to the growing list of countries visiting Awakening Clarity.  It joins 39 other countries that are already helping to awaken Clarity.  Forty countries certainly feels like a milestone, and it is, but it’s just a story I like.  I don’t take it very seriously, except when I do.

Second, let me say that I stole time from my other work to write this post because there’s been a growing interest in AC the last couple of days.  If you want more, come more.  Traffic (and your emails) are the universe’s only tool to tell me if I’m doing a worthy job.