The Nondual Diary: Lunch on the Wild Side

The Nondual Diary: Lunch on the Wild Side 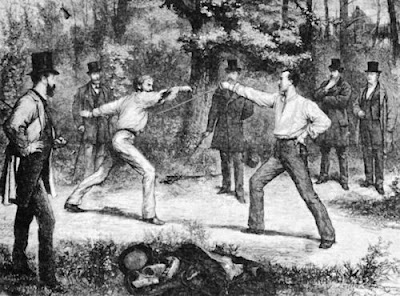 I HAD LUNCH ON THURSDAY with my friend and regular AC Reader, Larry Coble.  This was our second lunch together and the atmosphere was instantly warm and spiritually intimate.  I guess that Larry and I sat on a cloud sometime before we were born and decided that this time around he’d pretend to be the student and I’d pretend to be the teacher, because that’s how it appears to have worked out for us.  It’s all a story, of course: after all, there is only One, so there’s nobody to teach anybody anything. Nonetheless, we’re enjoying the game, and it’s a harmless way to not pass time, since time is just a story, too.

LARRY IS ABOUT MY AGE, and has been in the oven for quite a long time.  He’s very smart.  He’s read and he’s sat; he’s studied and he’s inquired, for many years.  But he’s only been in my oven for about two and half months and I’m happy to report that he appears to be baking quite nicely.  He’s gotten a real taste of this thing at both lunches.  He’s also reporting interesting phenomena, but of course we don’t want to get too caught up in all that, because all phenomena come and go.  What I’m helping Larry really see is that it comes and goes inside of him.  If this body stopped breathing it would die, but I don’t stand around all day watching it in amazement or fear.  It’s just doing what it’s doing until it doesn’t.  Once it doesn’t, I won’t be around to panic anyway, so why pay it too much attention?  We would do well to so handle interesting phenomena that often arise when we’re on a spiritual path.

I REMEMBER AN EXCITING (as seen later) event that was extremely unsettling when it occurred.  I was standing in my probation officer’s office when I disappeared.  This happened one day, not too long after I woke up—it was probably early in 2007.  I’ve laid out my case elsewhere on AC, so the cat is out of the bag, and he’s staying out.  You’re just going to have to try to love me anyway, warts and all.  They are large and legion.  I’m sorry to knock some off the luster off of this teacher and this teaching, but I think that’s probably a good thing.  After all, I am just some guy who led a heavily checkered life of drunkenness and self-centered petty crime until it crushed me.  On the other side of that crushing This showed up.

MY AGENT DIDN’T DISAPPEAR that day; his office didn’t disappear; but I sure did.  I was still conscious, could still see from some distorted visual angle, and seemed to still be in the room; I was simply invisible and without distinct location.  I was also scared to death.  How do you explain to a cop that you’re really not crazy, you’re just awake—you’ve heard of enlightenment, right?  It’s really okay, and there’s no need whatsoever to monitor me any more closely than you already are.  Sir.  I somehow found a way to talk and I carried on a short conversation, but I could not orient.  I seemed to be a lot higher off the ground than my 5’ 9” frame could lift me, but not more than about three feet higher than normal.  My agent was an ex-college football player, and yet I was towering over him.  Just as I thought I was going to have a heart attack, I reappeared, everything was as normal as could be.  My PO was never the wiser.

I’M AFRAID I’M A WHOLE LOT MORE like Saul of Tarsus than I am Jesus. Saul, you’ll recall adopted an alias (Paul) and ended up becoming just about the most important saint going.  I managed to stay out of prison, but I don’t think you’re likely to ever run across my likeness in a book on saints.  A mug shot, maybe, but no saint books.  Still, this incident makes a great story, doesn’t it?  It doesn’t mean a thing.  Zip.  Nothing.  God was playing—and maybe showing me a little something.  Soon enough She found something else to do and that was that.

I HAVE DIGRESSED, as I am wont to do.  God can dictate a whole lot faster than I can type, which always leaves us with something of a backwash on this side of the keyboard.  Back now to lunch with Larry.  I don’t have a lot of local students, but I’ve seen all of them a lot of times, but I never saw a better, clearer example of the value of a hands-on, face-to-face teacher-student exchange than I did today.  (I have, however, seen it’s equal.) I am naturally verbal, but my teacher has shown me the tremendous value of experiential counsel.  One night, in one hour, over the phone no less, he cleared up my worst closet fears that I’d been carrying around for seven years.  It was pretty neat.  It just so happens that that’s when I really stabilized.

TODAY, AS LARRY AND I INQUIRED into the nature of Absolute Reality, and also into the webbed world of Larry’s reality, we were like two duelists with rapiers.  I would make a statement, and he’d agree.  Then he would begin to elucidate what he thought I’d said.  I would stop him—strongly—halfway through a sentence.  “No.  Stop right there.  A moment ago you told me that ego was just a thought.  Now you’re telling me that ego is not uniformly a thought.  Sometimes it’s real and sometimes it’s not!”  Larry would laugh at himself and say, “You’re right.  That’s dead on.  I see that.  I want it both ways.  But of course ego is the mover and the driver.”  Pounce.  “Well, Larry, is that true?  Do you know that’s true, or are you just telling me a story you made up?  A few minutes ago we agreed that there was no personal entity actually here.  How has it suddenly reappeared in a cart being driven by ego–ego which we’ve agreed does not actually exist?”  This is not verbatim, but it’s certainly the spiritof our conversation.  Part of what I was trying to engage is what Sri Atmandanda Krishna Menon, one of the triad of great Hindu saints to emerge in the Twentieth Century, labeled Higher Reason.  It’s a top-down venture.  We are using words to go beyond words, a thorn to remove a thorn.  Once we’ve done that, we’ll throw both thorns away.

OVER AND OVER AND OVER I pressed him to see the ramification of there being just One.  I did this because, my friends, if there is just One, as every mystic since pre-history who ever died with his sandals on has assured us is the case, then where is the room for a separate, singular, absolutely vital-to-the-world Larry or Fred?  No Fred, no ego.  It’s not even worth discussing.  It’s just another concept.  ONE means NO separation.  The ramifications are endless.  I still see what you see, but I don’t BELIEVE what I see.  I pointed out to Larry the “stage set-ness” of the world.  It’s pretty funny.  It’s all so clearly a game being played within You.  Once clearly and deeply seen it can’t not be seen.  Truth is the single most obvious thing in the world.  How do I know?  Because it’s the ONLY THING in the world!  How many are there?  ONE.  Not even that.  There is only Not-two.

LARRY IS DOING GREAT.  He’s not doing great because of me, but because HE is actually tasting this No-thing himself.  His on-site words and emails indicate that he does feel that guidance and prodding and truth monitoring have been of some real value in helping him taste it.  He’s tasting it enough now that he’s agreed to do some of Byron Katie’s the work, to help him see into the absurd nature of his most treasured Beliefs, Opinions, and Positions—BOPs, as we call them here.  This hands-on, seemingly personal, actual experiential seeing by apparently separate beings is all that matters in spirituality.  The rest of it is window-dressing.  This is the heart of it all.  You think you may have levitated something, or read someone’s mind, or even walked on water?  Great!  What fun!  And THEN what happened?  Just like me in the cop’s office, everything came back to normal, including, most importantly, YOU.  These experiences are like bread crumbs in the forest.  They are, at the very best, simply bait to move us along without too much fear or resistance.  Don’t confuse the bait with the prey. Do you want to eat bait, or dine on the Big Fish?

THIS IS ALSO WHERE I HAVE TO SUGGEST that if it is at all possible, cast your pride to the side and find a one-on-one teacher, a guru, an awake somebody who can guide you, and who’s willing to tell you the truth even when you don’t want to hear it.  I have seen the value of this so clearly, in my own experience as a seeker, and now as a newly minted teacher.  It was not practical for me to get a face-to-face human, so I did the next best thing, with Internet resources and eventually my telephone.  In the end, I sat with Scott in video meetings for many hours.  In a lot of cases, I understand very clearly, it is simply going to be impossible to satisfy that suggestion.  Fine, that’s just fine.  What you can get is what you need; you may rest assured of that.  But do the next best thing, whatever that is for you.  Unless, of course, you don’t.  That’s fine as well.  It’s all fine.  It’s all good.  Do as you will, my friend.  I wish you well.
Namaste.
Housekeeping Notes:
First, let me welcome Malta to the growing list of countries visiting Awakening Clarity.  It joins 40other countries that are already helping to awaken Clarity.
Second, I thank you for your interest in Awakening Clarity and this budding teaching.