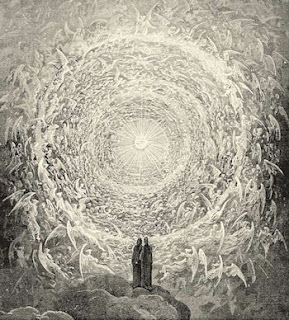 AS MANY OF YOU KNOW, for the last few weeks I’ve been doing online video meetings with my teacher, Scott Kiloby.  I’m a student/mentor, meaning that it’s very much his show, but I’m allowed to contribute if I behave.  I’m the sidekick who listens closely and then offers observations and suggestions.  The students seem to like it a lot, and it’s been great for me to interact live with classes of 10-20 people.  I’ve had the opportunity to look at spirituality through a teacher’s eyes.  That alone has been transformative.

THE FIRST THING I NOTICED was that most people don’t enter the spiritual quest in search of enlightenment.  Most enter it in order to improve their dreaming.  Now let me hasten to step in and say that there’s absolutely nothing wrong with that.  We’re really doing it because we’re called to do it.  We don’t make that decision.  But improved dreaming is most often the bait, as it were.  Illusion is quite tricky!  This trait coincides with what I’ve seen in private sessions, although I’m not broadly experienced in that either. I am the new kid on the block when it comes to spiritual teachers, but I am delighted to be here.  I’m very happy, because I know this is right where I’m supposed to be.

THE WAY I CHECK UP ON where I’m supposed to be is to notice where I am.  That’s right where I’m supposed to be.  Always.  I’m always doing what I need to be doing; I can’t do it wrong, be early or late, too fast or too slow, etcetera.  That’s the truth and it’s a comfort as well.  It takes all the pressure off.  It doesn’t relieve me of responsibility, but it does take the pressure off.  It’s just the same for you, whether you see it, or believe it, or not.  Whatever you think is just fine, too.

BACK TO SPIRITUAL TEACHING.  Most questions arise from the dream state and are centered on it.  How can I use spirituality to enhance my financial position?  How can I use it to enhance my self-esteem?  Or my social standing? How can spirituality get me through this terrible ordeal?  How can I get God to notice me and/or do what I want Her to do?  Within these questions is the always implied, but unasked Plan B: Or how can I get it to help me not care about lousy story I’m living?  If I get enlightened, I won’t care about anything conventional anymore, will I?

THE ONLY QUESTION OF IMPORTANCE generally goes begging.  That question is: Who is asking these questions?  Find the answer to that and quickly all of these questions become moot.  You will still care about any ordeal you are going through.  The body is hooked up to move toward and be drawn by pleasant conditions, states, and sensations.  The biology of your body is going to do what it’s going to do.  All bodies have their own direction and their own intelligence.  And they have their own ignorance, too, for that matter.  All of us have blind patterns until we don’t.  (I’m not claiming to be a “don’t”.)  There is no crime in any of that.  You’re not the body anyway, so what do you really care?

TURN AROUND.  Another one of my teachers and a Big Buddha, Adyashanti, says that in the time of Jesus that’s what repent meant: turn around.  His information on these things is usually impeccable.  I did enough Googling around that I found material to back that up.  I’ll take it as truth.  This repenting is what we need to do.  We need to turn around and look back at the looker.  Who is that is looking through your eyes right now?  Who is it that is reading these words.  The eye doesn’t think, it simply sends signals to the brain where they’re interpreted in a way that matches that brain’s belief system.  But what is it that’s actually receiving this skewed view of reality?  The brain is the coach, the eye is the driver, but who is it that’s riding in the coach?  Finding the identity of this mysterious rider is the most important thing.

IN SOME NONDUAL CIRCLES you will hear, “Well there’s nothing you can do, and no one who can do it.”  That is a philosophical position, it is not truth.  Even if the person who says it is an awake being it is not the truth.  It’s an excellent teaching tool to help a person do a chin up and raise their vision, but it is not the truth.  Nor is it true that you can do practices so that you’ll wake up next year, or ten years from now, or in the next life.  That’s another philosophical position.  The most dangerous, meaning the most delusional philosophical positions are the ones with some truth to them.  There is some truth in both of these things, but the truth is not there by itself.  It is holding hands with delusion.

IF YOU LOOK CLOSELY you’ll notice that those two positions are in direct opposition with each other.  Do you remember what we call that?  Duality.  Truth embraces both those positions and everything in between.  It can’t not.  Those are concepts and all concepts exist within the One.  There is simply no position that is true, because by definition every position is relative.  It is only true or falsein relation to something else.  Reality is the spaciousness in which both of those positions are being presented.  Reality is always both/and.  In encompasses all of duality, meaning left, right, and every point in between.  We have a word for that, too.  We call in Nonduality.  We call it Not-two.

TURN AROUND.  Quit worrying about your hair and your dress and your job and what people think of you.  It’s never what you want.  Even if you get to a good spot, it’s going to change, and you’ll suffer over that.  Look for Who is doing the looking.  It’s the only thing that really matters.  It’s the most important thing.  Do that.  Even if you’re reading this and you’re only twenty years old, I’m telling you, that body is going to die.  Whether it was rich or poor when it died won’t matter.  Whether it was highly thought of, or completely despised won’t matter.  One of my book-teachers says that, “We are preening idiots in a mirrored coffin.”  We are worried about our hair and our weight while the clock is steadily ticking. Take advantage of this blessed confluence and find out Who is blessed.

TURN AROUND.  The simple fact that you have stumbled onto an essay like this proves unequivocally that you are on a downhill path falling toward awakening.  Let yourself fall.  Let go.  REALLY let go.  Make the most important thing the most important thing.  Die today.  Die now. Die before you die, the mystics tell us.  Once you have died you will taste freedom.  I really like it.  There is nothing better thanThis.