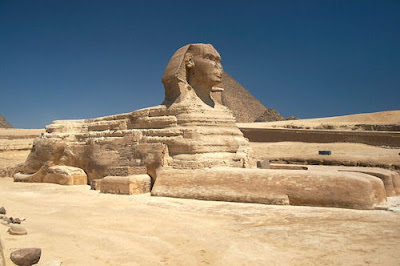 IN THE LAST DIARY ENTRY I mentioned that I might have to return to field work, meaning traveling about to acquire inventory for my online bookstore.  I haven’t done much of that in the last 18 months, and while I wasn’t excited about the prospect, I was certainly surrendered to its necessity if it came down to doing it.  Let me re-state that surrendered position through the words of J. Krishnamurti. The light here, coming through this typist, is a steady candle, providing decent illumination for me, while slowly becoming more of a beacon for others.  In contrast to that, J. Krishnamurti was a vast, living forest fire.  His beacon lit up entire continents.

I STOLE THIS STORY FROM ECKHART TOLLE.  Krishnamurti had been teaching for about 40 years at the time it happened.  Some of his regular followers had been coming to every available meeting for many of those years; some for 20 or 30.  So on this day, when Krishnamurti said, “I’m going to tell you my secret.  Everyone wants to know my secret.  Do you know what my secret is?”  Everyone in the crowd leaned forward.  All noise ceased.  Time stood still.  Birds hung in mid-air, waiting.  And then Krishnamurti said, “I don’t mind what happens.”

THAT’S PRECISELY WHERE I WAS about returning to the field.  And it’s pretty much where I am about everything else.  I don’t mind what happens.  I typically have a preference, yes.  The body is hooked up to move toward pleasure; it always will be.  But my preferences are lightly held; I don’t pay them much attention.  You can’t both be surrendered and remain keenly attached; it’s a one or the other situation.  In this case, as in all cases, I didn’t even know that my preference was right, which made it really easy to hold it lightly.  “Right” can only be seen in hindsight.  Whatever happens is what needs to happen.  How do we know?  It happened.  That’s all the checking I need to do.  It’s the only reference point I need to have. Any other view is outright insanity.  That may sound strong, but that’s Truth.

THERE ACTUALLY IS NO SUCH THING as right or wrong, good or bad, up or down.  All of those things exist only in relation to each other.  They are dualistic, cannot stand independently, and are simply personal judgments.  Reality rules.  That’s all we need to know to be happy.  But we can’t just know this conceptually.  We have to “grok” it; we have to internalize it.  We have to own it.  Another way to put that, just to be a bit mysterious, is to say, quite accurately, that it has to internalize us.  (IT has to internalize the make believe “us”.)

I CAN’T JUST MAKE A DECISION to be non-attached.  Well, I guess I can, because I can remember often thinking, “Gee, I see the wisdom in that.  I need to become unattached to things now.”  In the next moment something would arise that didn’t suit me, and I would rise up to bat it down.  So much for living in non-attachment.  And so much for making decisions, too.  I can try to do both, but I notice that I can’t successfully hold to either one.  Unless, by happenstance, I do.  Then I claim that absolutely-beyond-my-control happening as my own, and point to my strong self-control and strength of character.  I highlight, both in memory and in sharing, to the single time my behavior predictions held true—predictions being what “decisions” really are—and I meanwhile overlook the forty times I made such predictions that quickly fell by the wayside, ostensibly unnoticed, and certainly unmentioned.  We live in denial of the actual character of our lives; hanging to the myths, and shunning the truths.

AH, YES, RETURNING TO THE FIELD.  I travel out of town tomorrow to a book acquisition sale. That means early to bed tonight and early rising in the morning.  Betsy and Gus will be away on a medical venture that morning, so I’ll only have the cats, Dickens and The Right Annoying Sir Henry Hackett, for wake up backup. I think I’d better set my iPhone as backup instead.  Those cats could sleep through riots and tornadoes.  Unless, of course, it was chow time.  Then they will become a riot and a tornado until they are fed.  I will attend an estate sale on Saturday, so again it will be early up and early out.  Okay, I’m in.  Reality rules.  My surrender had no effect on the outcome of the situation, but everything to do with how I’m viewing it.

I TOLD BETSY LAST NIGHT, “I’m going out there and find out what the Universe is trying to do forme, not to me.”  That’s the way it works.  What needs to happen happens.  Every time.  If I plant a seed in a flower pot and then water and feed it, it will grow into a healthy plant, or it won’t.  I can’t know which is supposed to happen until it does.  What I’m absolutely sure of is that my leaning down to the pot and trying to “talk it through its trials and tribulations would do the seed absolutely no good at all, and it would drive me crazy, because I’ll be invested in the outcome.  No, no, no.  No investment in outcome.  I can only be invested in outcome when I’m living in I Know Land.  I still visit that lace, but I don’t live there anymore.  I live in Don’t Know Land.  It’s so much freer and happier.  Ego is that thing that’s “talking us through it”; the thing that’s narrating events, and it’s crippling.

SO, I’M BACK OFF TO THE FIELD, and I’m more curious than anything else.  What’s out there that I’m supposed to see, or find, or do?  There’s something, you can be sure of that.  Something new is supposed to happen.  And it will.  It always does.  Everything changes constantly; might as well go with it than go crazy.  Even the mighty, Great Sphinx is getting worn down.  We think it’s been here forever and is really lasting a long, long time, but it’s only been around for the blink of a geologic eye, no more than a gnat on the surface of make believe Time.  It gets smaller and smaller every day, just like my ego.  Reality rules for the Great Sphinx and Reality rules for me.  Always.  And I’m surrendered to that.