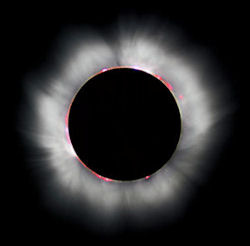 THERE IS A SANSKRIT PHRASE, tat tvam asi, which means, “Thou are That.”  I was Brahman—the Absolute—before I ever meditated for the first time, now some 30 years ago.  I was Brahman before I ever took a breath almost 59 years ago.  In Zen there is a koan, “What is your Original Face, the face you had before your mother and father were born?”  I am that Original Face.  Already, right now, without further anything.  And I have always been that Original Face, for I am outside of time, beyond space.  So are you.  Tat tvam asi.

There is just One.  Over here it is expressing itself as the typist, while pretending to be the writer.  Over there it is expressing itself as the reader, pretending to learn something it doesn’t know; pretending there’s something more it needs to know!  Before our births, it was always already here, shining.  Shining is its nature, as sweetness is to sugar.  There is another Sankrit phrase which I love, sat-chit-ananda.  This translates, rather roughly, as Being-Consciousness-Bliss.  Hinduism has its holy trinity: Brahma-Shiva-Vishu.  Christianity has its: Father-Son-Holy Ghost.  Surely there are others.  For spirituality, for us, there is sat-chit-ananda, Being-Consciousness-Bliss.

I will take the liberty of translating it still further in an unscholarly way:

I Am Awake. (Consciousness)

I Am Awakeness. (Bliss)

I was always Being.  Before I even knew that I was, I Am was here—all potential, a full plenum, was here. Already.

Within that Being came Awareness.  It was not separate from Being.  Awareness was an expression of its nature.  I knew that I Am.

From that Being-Awareness there arose a movement, not unlike a wave upon an ocean.  A wave has no purpose, it just is.  If it has any purpose, then it is simply to play upon the calm, still, depth of ocean.  It is not separate from ocean, yet we cannot say that it does not exist.  It appears.  And this appearance, for I-Am-Who-Knows-I-Am, brings I Amness, a moving, living expression, a verbness whose sheer existence, for I-Am-Who-Knows-I-Am, is pure bliss.  Not for being anything in particular.  Just for Being.

This Awakeness, this I Amness, which is not separate, different, or in any way divided, is the song and joy of God.  Sat-chit-ananda.

We could say that this Awakeness, which we commonly refer to as manifestation, is in fact the dreamof God.  That wouldn’t be completely accurate, but it certainly wouldn’t be inaccurate.  The dream arises to Itself.  When enlightenment occurs, it occurs to God, not to the individual entity.  God, from the human viewpoint It has assumed, sees the whole, beautiful game for exactly what it is; no more and no less.  There is just One.  And there, in manifestation, Oneness is at play, like waves upon the ocean.  Let it storm!  Let it be calm!  Let it rage!  Let it Be.  All is well.  All is well.

Two karmic balls were pushed down long tunnels, through utter darkness, toward the beckoning light.  They were loaded up with what the Buddhists call, samskaras–tendencies, predilections, conditioning. Already.  Prior to birth.  Always.

Two fetuses came down through wombs, breathed sacred air, and became infants.  One would become the writer over here.  Me.  One would become the reader over there.  You.  On one end of the tunnel it looked like death.  On the other end of the tunnel it looked like birth.  It was neither.  There is only Life.  Another holy trinity: death-birth-Life.  There is just One.

The sun shone throughout.  Our births did not obscure it, did not alter it in anyway.  That which the sun shone upon appeared to change, as a movie does in a theater, but the sun itself did not change any more than a movie screen changes from the play of light upon it.

Sometime in our early childhood, there arose the concepts of “me” and “mine”.  I am told that this arrives at about the age of two, but I cannot say that with authority.   I don’t know and I don’t remember.  What really arises is the simple concept of other-than-Me.  We’ll go with two years old.  A shadow appeared on the sun.  The sun still shone, as ever.  It cannot not shine.  Shining is what itdoes.  Always.  Already.  The shadow wasn’t real; it was just an appearance, another wave upon the Great Ocean.  Still, we could not say it wasn’t there.  It was.  At least for us, it was.

As we developed, making more and more judgments about all things manifest and unmanifested, layer upon layer atop our latent samskaras, developing our own set of beliefs, opinions, and positions (BOPs), reacting to our hardwired karma and creating more “soft” karma as we went, the shadow grew.  The sun still shone, just as bright as ever.  It didn’t care about the shadow.  It didn’t even see it!  The shadow wasn’t even real.

The shadow was being created by, and therefore could only be seen by a personal point of view.  I am speaking, of course, about my viewpoint.  And yours.  In the case of total unconsciousness, there is an eclipse taking place.  A shadow is playing across the face of the sun.  It is not real.  In fact, one has to be in the just right spot on earth to even witness an eclipse.  It can only be seen from a point of view.  Still, we can’t say it isn’t happening.  It is.  It’s just not real.

Spirituality, the journey from sleep to wakefulness, from “What can I get?” to “How can I help?”, from dark eclipse to shining sun, is just a matter of clearing the sky from our point of view.  The sky isalready clear; it’s always clear.  The sun is already shining.  It’s always shining.  Our BOPs appear to darken the sky; they appear to wipe out the sun.  They terrify us.  They torture us.  They terrify and torture others through us.  But so long as we hang onto them, we get to think we’re a real point of view.  We get to be a wooden Pinocchio whose lies imprison him, and end up making him an ass.

For a moment this morning I thought my business hadn’t done what it was supposed to do yesterday.  I thought it hadn’t done enough, that it had somehow let me down, that it was all very important, even crucial, critical; worthy of my worry and fear.   I had been BOPped.