“What IS enlightenment, anyway?” 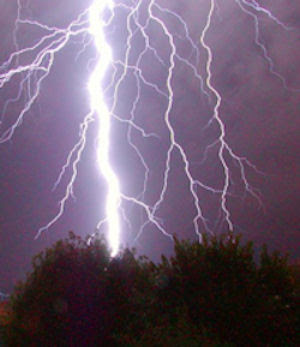 I HAD AN EMAIL EXCHANGE with my dear friend Tammy out in Portland yesterday, and then a phone call from another kindred soul, Charlie, who also lives in Portland.  Questions and comments that arose in those visits have led me to directly address the raison d’être of both Awakening Clarity and Nonduality itself: Self-realization.

Amazingly enough, what we are going to openly discuss here is probably the best kept open secret in the history of man.  It is now, chiefly because of the Internet—which is itself an integral part of Evolution—easily available knowledge, but it is not easily converted knowledge.  To discover it is not to actually acquire it, so to speak.  If I mucked around long enough in a diamond mine in South Africa, I could surely discover a fine gem.  But since they probably wouldn’t let me leave with it, it would not be correct to say that I had acquired it simply because I found it.  Reach exceeds grasp in each example, but in the case of enlightenment, it exceeds it by about a million miles.

To make matters yet more strange and difficult, the nature of realization is such that even if I actually sneaked a diamond away from the mine, I might look in my pocket a mile down the road only to find that it had disappeared.  That is not to say it wouldn’t still be in my pocket; it just means that I would be unable to see, experience or utilize it.  Note that language here is rough and the topic is extremely subtle.  I don’t have enough time or patience to maintain Nondual Correctness.

Realization has always been an open secret, because there are excellent signposts pointing toward it, and trails leading to it all over the world and have been for millennia.  The problem is that these signposts and trails only become clear as signposts and trails in hindsight.  Unless we are actually abiding within awakening, we will inevitably mistake the path for the destination.  Given enough time and enough agreement, we’ll make a religion out of it.  If we are not given as much time, and/or not as much agreement, then it will be labeled a cult.  The difference is chiefly measured in size, not in relative proximity to truth.  There is no such thing as proximity to truth.

The gap between impossible-to-comprehend and obvious-to-see can only be crossed through an intuitive leap which cannot be forcibly initiated by the subject.  We must, for lack of a better word, call upon the phenomenon of grace.  Enlightenment cannot be figured out.  It cannot be taught or bought.  Historically speaking, it is only “fallen into” in the very rarest of cases.  Having an awake teacher can help immeasurably, but absolutely nothing guarantees its transmission.  So it appears we are really up against it, and from this spring the many myths.

The good news is that what has been learned over millennia by wiser people than myself, living in jungles and deserts and mountain caves, is that grace can, in essence, be cultivated.  To be struck by lightning is generally thought to be simply monumental bad luck.  But tote a long metal pole around a golf course in the middle of a thunder storm, and one could be said to be courting it, even cultivating it.  Nothing insures it, but your odds of being struck go way up.

The same can be said of being struck sane. Pointer number two is:  We can invite Self-realization to strike the first time through our initial willingness and invite it to continue striking, always in the Now, through our ongoing expression of willingness.  I hate it for you, but I’m talking about spiritual practices here.  They aren’t necessary unless they are, but IF they are, then they ARE.

Here is pointer number three, right off the bat: Approach realization as if it is real.  Doubt is fine, even healthy, but cynicism is poisonous.

Pointer number four is: Be willing to admit to yourself that you’re not “realized” if you’re not currently realizing.  You’ll never in a million years find what you think you already have. If you have to wonder, or you have to ask, then it’s not happening.

Now, at last, putting the universe in a nutshell, here is what is being realized when It is realizing:

There is just One.  This is the central truth.  It’s the ramifications of this apparently simple, central, living truth that are staggering to both intellect and ego.

If there is just One, guess what there isn’t?  Two.  There is only Not-two.  So there’s not an independent you.  There’s no Fred, no Tammy, no Charlie.  There is certainly Fredness, Tammyness, and Charlieness: there are certainly memories and patterns and opinions and all that, but they are unmistakably seen to be running by themselves.  There is not actually anyone home.  It’s all just happening.  Everything is rising and falling spontaneously with the all-accepting spaciousness that is You.

In the absence of a “me”, of a “center”, of a “reference point”, then everything is seen to be just as it is.  It’s not good, it’s not bad; it’s not big or little; it’s not fast or slow.  It just is. It can be said to be perfect, because there’s no not-perfect, but even this “perfect” description is a layering on.  There is only What Is, beyond judgment, beyond description, simply beyond.  And yet it’s right here.

The word “persona” comes from the Greek word for mask.  God is wearing a whole bunch of masks and the “you” you-think-you-are is one of them.  As I once heard Adyashanti tell a questioner, “Don’t misunderstand me.  I’m not saying you don’t have free will.  I’m saying you don’t exist.”  He means there is no such thing as an individual.  There’s no separation in the universe, no division whatsoever.  There is no center, and no circumference; no beginning and no end.  There’s just One Thing.  We can call it God, or we can call it Lucy: It doesn’t care.  But YOU ARE IT, and I can say the same, as can the daffodil and the locust.  There is just One True Story: I Am.  (There is still a little storyness built in there, but that’s for another day.)

So let’s tell the truth: few are willing to make the required apparent sacrifice for more than a moment.  That’s fine.  Have a party.  Go talk about that moment, and how great it was, and how you can’t wait until you have another one.  Listen to the stories about THEIR special moments.  No problem.  Build a better, more special dream-character and have a more spectacular dream life.  There’s no reason you shouldn’t.  But please, let’s not call it spirituality.  Let’s call a spade a spade, as Chogyam Trungpa did many years ago.  That’s spiritual materialism.

I am well aware that we have opened Paradox’s Box with this post.  All that can wait.  I’ve brought a glimpse of Light to the page without overdoing it and I’m out of here.  Not that I was ever here, of course.

The Nondual Diary: Reality on Rye “Okay, but what about MY LIFE?” (Part I of II)