The Nondual Diary: Reality on Rye 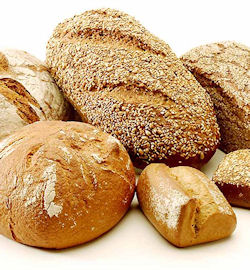 I met my friend Larry for lunch at a deli today.  We’d never met in person, but Larry is a regular follower of Awakening Clarity.  He consistently leaves comments and sends me personal emails.  We’ve gone back and forth quite a bit.  He happens to live in a town near to mine.

From the very beginning it was evident to me that Larry was a really earnest seeker. Regular readers will know that many consider earnestness to be the most important quality a spiritual aspirant can have.  I mean by that someone who is aspiring for Self Realization.  Anyway, Larry asked me to lunch and I accepted.

Larry recognized my picture from the website and came out to greet me when I arrived.  It’s a busy college deli, but he had come early and found a great table tucked away in the back.  I love that forethought and that care.  This is a man who is preparing the ground ahead of time for a meeting of importance.  He is not taking anything for granted; he’s attentive.  He is opening the window and pulling back the drapes just in case the sun decides to shine.  It did.

The sun began to noticeably shine (it is always already shining) about forty-five minutes into our time together, which was a total of two hours.  It began to shine in response to questions I asked.  I asked Larry about his current experience, right then and there. I asked him to test things, to question things, to offer his experience of things as they were right there, at our table, as we were sitting there.  There was no hypothetical talk, no theory, no bullshit.  We had already spoken of the paths of monks and mystics, which is all quite interesting, but in the end, who really cares?  How about us?  Those tales are just stories, no matter how interesting they are.  They are someone else’s drama.  I suggested we take a look at Larry’s path: professional, late-life father, husband, householder, seeker, and most importantly, Larry-the-believer-in-specific-things.

He’d sent me an email a few days before that had already tipped me on why he had not seen his Original Face, though he certainly wanted to and had been trying to, and absolutely planned to.   He just had a few conditions that God needed to meet first.

Understanding all of that as background, I had come ready to deal with those specific beliefs.  I knew that in the absence of those beliefs, the sun would noticeably, automatically be seen to be shining.  I would see Myself consciously sitting across the table from Fredness.  What I mean by that is that I saw Myself sitting across from me as soon as we sat down.  What Larry saw was Fred.  I was seeing Truth.  Larry was seeing illusion.  There is only One.  All I had to do was move my friend from standing as Larryness over to standing as Awareness.  Not later, right then. Once that stand has been taken, there’s never any unseeing it.  Never.  We can think we unsee it, we can believe we unsee it, but we don’t, we can’t.  The snake has been seen to be a rope, as the old saying goes.

We can only be Awakeness right now.  We can only be Awakeness right here.  There’s no other time, no other place.  We can’t wait until we’ve quieted our minds, or put our children through college, or until the next book comes in the mail from Amazon, because surely this damn book, the one I thought last week would “get me there”, is NOT going to “get me there,” but maybe the next one will!  If not, I’ve got TWO MORE on my Amazon Wishlist that I KNOW will!!

That will never happen.  Never.  I am not leaving any room to squirm here.  NEVER.  Awakening is NOW or NEVER.

And then, for Larry, there came The Shift.  Gently.  No fireworks.  The rainbow that had been hiding Divinity from Itself simply disappeared.  My teacher gave me this rainbow metaphor, which I passed along to Larry.  Many people use clouds in front of the sun to teach with, and that’s fine, that’s beautiful, I use that metaphor as well.  But the rainbow is a little more subtle, a little truer.  This is because a rainbow is not actually an obstruction; a rainbow doesn’t actually exist!  If we see a rainbow and we follow it to its end, we find only open air.  It’s an illusion.  It’s all part of the One Thing.

The Dream is just such an illusion, just like a rainbow.  And every excuse we have for not being awake right now is a dream excuse.  We are always already awake, but we are claiming obstruction from a rainbow we ourselves have invented!  For an hour I talked openly to Myself through the Fred mask and the Larry mask.  I-as-we laughed at the absurdity of it, at the wonderful trickery of Me, of maya, of samsara, of illusion.  There was tearing up over there at the incredible relief.  There was laughter over here at the foolishness I clung to over there, and then mutual laughter when it was seen through and dropped.

The good news is that with each new True Seeing our capacity to accept seeing expands.  There is no lazy awakeness, which is what people really want.  We have to be attentive: new beliefs and opinions are constantly springing up.  We have to be willing to trade in our rightness for complete lostness.  Over and over and over.  There may be a shorter path for some, but there hasn’t been for me.

The Nondual Diary: When Suffering Comes Calling “What IS enlightenment, anyway?”