The Nondual Diary: Always the Winner 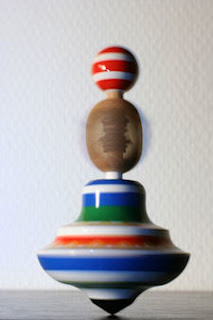 I EXERCISE A LOT, EXCEPT WHEN I DON’T, which can also be a lot.  The “a lot” that’s happening right now, I notice, is the “I don’t” part.  I regularly eat smart and healthy, except when I don’t, which also happens regularly.  The “regularly” that’s going on just now, I notice, is the “I don’t”.
Of course I don’t actually control my eating or my exercise.  I can’t.  I like to think I do, but I don’t.  All can ever do is report on what’s happened after it’s happened.  Now, I always have an overall interior intent going on, mind you, to either be healthier, thinner and stronger long-term, or just squattier and more comfortable short-term, but I notice that even my interior intentappears to be fueled from the so-call outside.  But all of that is beside the point.
I was just down at Wal-mart, which is not a polite thing to say, I recognize that.  Live with it.  I bought some underwear to slip on underneath my yoga pants.  It’s my deep wish that they’ll somehow magically act as a girdle so that my teacher, ever-pretty Pam, can’t see how I’vewithered in the last five years.  I haven’t been to yoga for five years, because of elements that I can get massive agreement on were beyond even my pretend control.  Nonetheless, even under adverse circumstances, I still walked and used dumbbells, and did push-ups and crunches until I didn’t.  The “didn’t part” snuck in here about eighteen months ago, I think.  Might be two years.
While I was down at Walmart I bought a Snickers bar.  That is one hell of a fine snack, let me tell you.  However, having a Snickers bar from Wal-mart before an afternoon of gentle yoga is tantamount so showing up at an Adyashanti intensive toting a planet-killing, cellophane-wrapped, white-bread, animal-cruelty, Hero sandwich, which I also once did.
We do the best we can, all of us, even me.
That’s actually what this post is about.  It’s about the “You’re still good for me, pal,” judgment that I regularly enjoy when I gaze into my bathroom mirror after having stood on the scales until they’ve bled tears.  In the absence of good eating or exercise habits; in the absence of having enough sense to observe Green-PETA-Protocol at an Adyashanti intensive, I have something better than all of those things.  I have spin.
When I am exercising regularly, I take on the common exerciser’s sense of self.  I’m better than you.  I’m better than you, because I am taking care of the Sacred Vehicle.  I am doing my part to keep health care costs down, and I am virtually greening the planet all by myself.  I feel young and clever and strong and to hell with all you lazy, unconscious pigs.
When I am eating properly, as they say, I REALLY get full of myself.  I’m WAY better than you then.  I have self discipline!  I’m smart and I’m sensitive and I can prove it to you with my waistline.  I’m taking care of the Sacred Vehicle.  I am doing my part to keep health care costs down.  I feel young and clever and strong.  And you guys who aren’t living just like I’m living?  Lazy, unconscious pigs, the lot of you.
When I’m NOT eating and exercising regularly, however, I do not become a lazy, unconscious pig.  Oh, no, not me.  Miraculously, I simply become TOO DAMN BUSY.  Poor Fred.  I’m sacrificing so much, what with this blog and all, just for the sake of helping awakening unfold in others, that even though my precious wishes—my desires and intentions to be a good eater and a good exerciser—are painfully sacrificed in order to help you.  If only you had read and meditated and inquired like I did for all those years and years all by myself when people thought you were crazy as hell if you did that.
You lazy, unconscious pigs.
I really don’t think my own thoughts.  They arise in my head and they do what they do.  Truly, on all absolute levels, and most relative levels, I am entirely powerless.  For someone else to reach that conclusion would be horrific.  What am I to do NOW??  For another, the same conclusion would be freeing.  Without control, what’s there to do, other than what’s right in front of you?
But even with half an ego tied behind my back, I still have my hand on the wheel in regard to the single most important mental mechanism.  I still have spin.  I’m still King Baby regardless of the facts!   Amazing!  Wonderful!  And you?  Come on.  Deep down, you know, don’t you?
“Okay, but what about MY LIFE?” (Part II of II) The Nondual Diary: Beliefs, Opinions and Positions (BOPs)